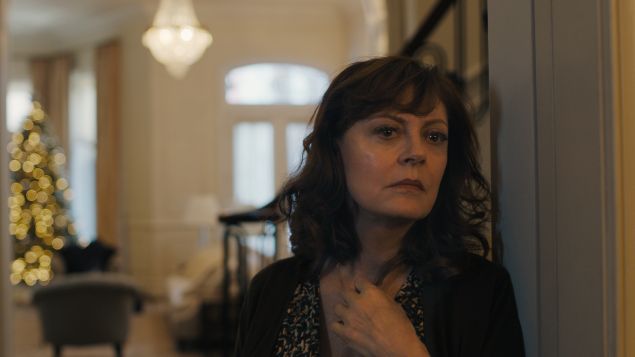 Another committed, truthful and politically cognizant performance by Susan Sarandon elevates Viper Club above the level of a well-intentioned HBO special. Based on facts, it poses the disturbing question of how much an American citizen can expect or even hope for from a government drowning in red tape and misguided priorities if a loved one is kidnapped by terrorists. The anxiety, fear and ultimate disillusionment in a dilemma faced by innocent people daily are palpable.

Sarandon plays Helen Sterling, a single mom in upstate New York and a hardworking emergency room nurse with years of experience dealing with trauma on a daily basis. But when her son Andy, a freelance journalist sending home dispatches from the war in Syria, is taken hostage by ISIS and held for ransom, her world collapses in a new kind of crisis no medication can cure. Her sense of urgency is understandable, but she leaves it up to the authorities she trusts to intervene. Big mistake.

Her plea meets an alarmingly slow response. The FBI is reluctant to even communicate with the terrorists, spouting protocol and requesting access through “proper channels,” whatever that means. The CIA advises her to keep the whole thing secret, fearing bad publicity in the media. The State Department will not pay ransoms and warns Helen it’s illegal for her to raise the money herself. Their bullshit claim is that journalists on foreign assignments know what they are getting into, and to help them would only endanger the lives of others.

Where would Helen get the money to pay the ransom even if she disobeyed? Her finances are meager, and her home isn’t worth much. But ISIS keeps sending her their hostile demands, and time restraints are running out.

Desperate, Helen turns to another mother (Edie Falco) who managed to get her own kidnapped son returned by raising ransom money among wealthy donors and arranging to have it walked across foreign borders to avoid arrest. So Helen bites the bullet and embarks on the same mission with the aid of one of her son’s friends (Matt Bomer), who puts her in touch with a covert operation called the Viper Club, a dark secret website that specializes in raising cash to bankroll the liberation of American hostages through connections with fixers and go-betweens in the Middle East.

What it amounts to is money laundering with no paper trail, which American citizens are forced to resort to in order to protect themselves legally. ISIS wants $20 million, but Helen’s low-ranking social status makes her a poor risk for potential investors. Iranian-American writer-director Maryam Keshavarz follows the distraught Helen every step of the way in this harrowing journey, at the end of which the chances of salvation from the most powerful country in the world are bleak.

As the powerless mother, Sarandon gives a pragmatic performance that still haunts after Helen’s struggle ends. Already calloused by her years of ER slavery, she knows how to handle horror, but I wish she had engaged the viewer’s senses more. I like the avoidance of all traces of sentimentality, but her Helen remains stoic throughout, never so much as shedding a tear. This gives the star another chance to play her emotions tough, but robs the story of some badly needed pathos.

Still, you can’t deny her honesty and decency. The film eschews a Hollywood happy ending in favor of bone-chilling reality, which makes Viper Club doubly relevant amid current headlines. We read about similar cases on a daily basis, but the film makes a chilling indictment against any parent’s optimism that if their child is ever kidnapped in Syria, the U.S. government will step in and do the right thing. Prayers have a tendency to get lost in the filing cabinets of bureaucracy, and the only thing you can be sure the current Congressional bureaucrats will do in an emergency these days is nothing. 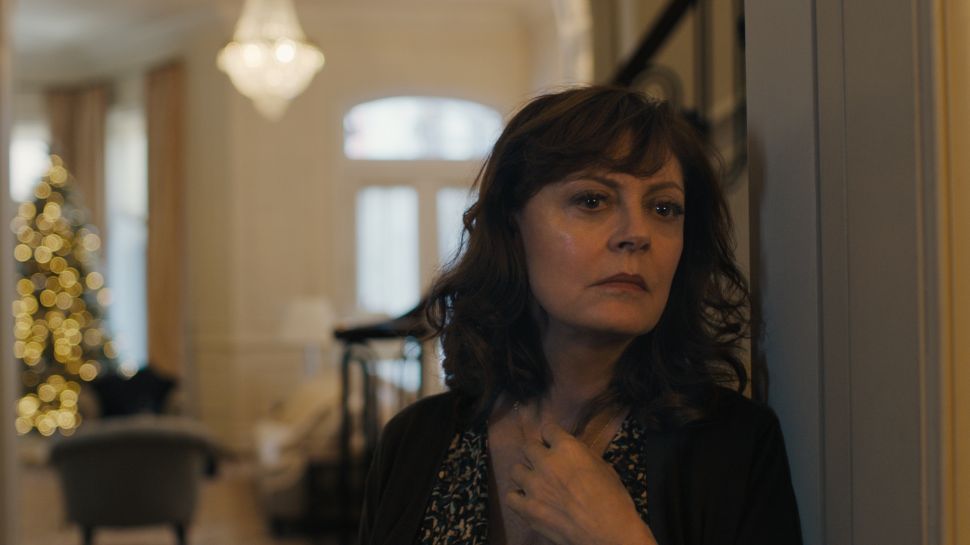