Roger Stone is peddling a new conspiracy theory in the vein of Seth Rich—the DNC staffer whom President Trump’s former advisor falsely speculated was murdered by the Clintons. This latest disinformation tale involves the death of the self-proclaimed pimp and recent political contender, Dennis Hof, who was featured on HBO’s brothel-reality series, Cathouse.

In an Instagram post last Wednesday, Stone published an image of himself standing next to Hof after news broke of the GOP candidate’s death.

My friend Dennis Hof who’s campaign for the Nevada Assembly so threatened the state political establishment is dead. I suspect foul play and sources tell me the Nye County Sheriffs office is handling his death as s subside. #dennishof

In a message to Observer, Stone reechoed this rhetoric by emphasizing that Hof’s “candidacy was a threat to many vested interests.”

“Sources in the Nye County Sheriffs office tell me his death is being treated as a homicide,” added the political operative.

Stone’s narrative, however, contradicts statements put forward by the sheriff’s office tasked with investigating Hof’s death. A spokesperson told The New York Times and other outlets that officials “had no reason to suspect foul play.”

Just arrived on-scene at Love Ranch Vegas. Dennis died quietly in his sleep. Ron Jeremy found him this morning when he went to wake him to go to a meeting in Pahrump. Investigation still going on.

Muth did not immediately respond to Observer’s request for comment.

Stone has a reputation of drumming up conspiratorial outrage. During the 2016 election, the politico fanned conspiracies that Seth Rich was murdered for leaking classified documents to Wikileaks, despite D.C. law enforcement finding no evidence to support the DNC staffer’s death was politically motivated.

“Four more dead bodies in the Clinton’s wake. Coincidence? I think not,” tweeted Stone in August 2016.

The Republican operative is under investigation by Special Counsel Robert Mueller for communicating with Wikileaks prior to a cyberattack executed by Russian nationals against the DNC. The special counsel is reportedly zeroing in on whether Stone had advance knowledge of WikiLeak’s intentions to publish hacked emails, according to a Washington Post report from Sunday. 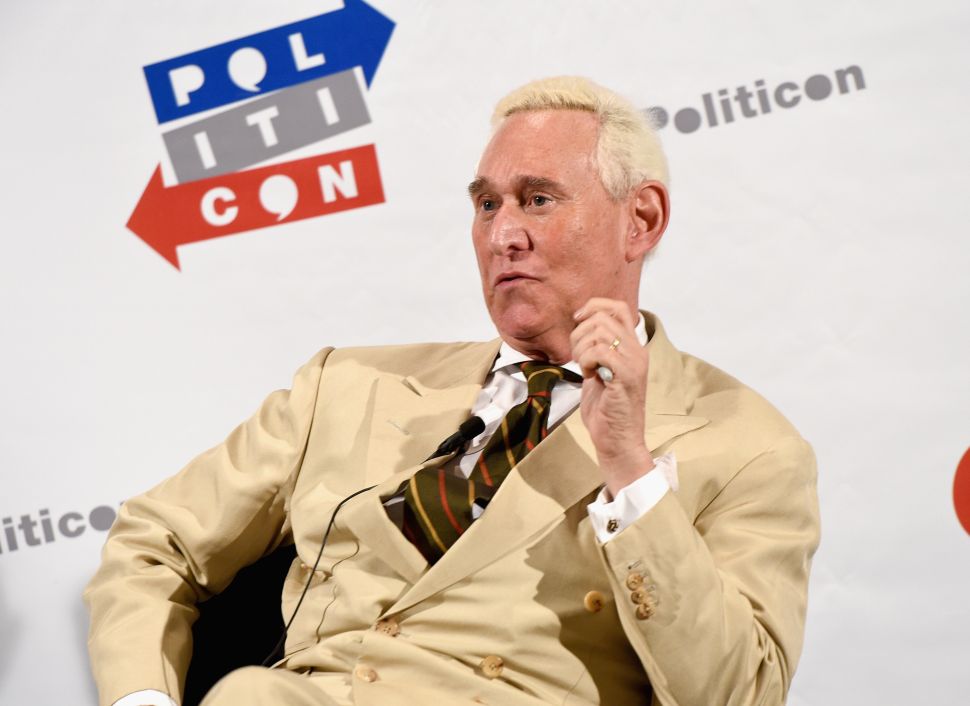