Is it possible to boil down an entire film career to pinpoint exactly what has made one actor successful? Probably not. But considering the question can help narrow in on what stood out about them in the first place.

First Man, long ago pegged as an Oscars frontrunner, isn’t quite the slam dunk we expected on paper, but it is an example of mighty fine filmmaking. Wunderkind director Damien Chazelle (La La Land) guides an agile camera through a handful of beautiful and pulse pounding flight sequences in what is perhaps the most technically marvelous film of 2018. When First Man isn’t hurtling high above the clouds, it hones in on a grieving father processing his emotions. The responsibility to convey that drawn out inner turmoil while doing justice to national hero Neil Armstrong falls to Ryan Gosling.

The 37-year-old actor has always been something of a Hollywood outlier. He isn’t a paparazzi obsession and his celebrity has never provided much tabloid fodder in the same way as Leonardo DiCaprio’s. Someone once described him as an “unlit star.” He possess patented leading man good looks, but not in an elitist, off-putting way (i.e. enough to make Crazy Stupid Love into a meme but not enough to distract from the acting). He’s not a box office titan at the forefront of the next Star Wars or Marvel movie. He’s been nominated for two Academy Awards, and is likely on his way to a third, but he’s never felt like the Try Hard Thespian.

So what is Ryan Gosling?

Most stars usually do come to have a defining trait, a quality you can point to that offers a through line for their careers. Tom Cruise is a big picture blockbuster action hero who leaps out of planes while dual-wielding machine guns and punching assassins (though he could make a run at one more Oscar). Julia Roberts always supplies a sense of familiarity that goes beyond the trite girl-next-door cliche—for the past 20 years, in role after role, she’s been playing different permutations of the one person in your life you just couldn’t do without. But it’s always been difficult to nail down Gosling’s main feature, the ineffable quality that fuels his star engine. Yet when watching First Man, and feeling as though we’re experiencing Neil Armstrong’s pain along with him, Gosling’s career begins to take focus. The realization: Gosling’s greatest attribute as an actor is that he’s never once seemed out-of-place.

As Observer entertainment contributor Film Crit Hulk recently explored, there’s a difference between range and depth in acting. An actor may be able to do several things that don’t resemble one another, but it doesn’t always service the story and character. Conversely, an actor may have limited range, but provide such authenticity within that niche that it improves the film.

Gosling seamlessly fits into whatever mold a director crafts for him. Hulk points out that an early career Keanu Reeves was often miscast in period pieces thanks to his quasi-Dude/Bro speech pattern that sounds like a cross between a Hawaiian and Californian accent. We see examples of such missteps all the time; Ryan Reynolds as a Jewish lawyer appealing to the supreme court in The Woman in Gold, Russell Crowe as Javert in Les Miserables, George Clooney as freakin’ Batman. There are often instances in which an actor just feels off in the skin of a certain character or in the setting of a particular movie. But with Gosling, it’s like he just slips right in, never pulling attention away from the narrative. You can call it versatility, but it really feels like a rare sense of belonging. Maybe that’s why his apparent inability to keep in character on SNL comes off so charming and endearing. As the only non-sketch-comedy professional on screen, here again he’s the most relatable person in the room, reminding us of what most…well…normal people would be like in that situation.

In First Man, he’s all controlled emotion—understated, subtle, internalized. Gosling has mastered that withdrawn persona as a replicant in Blade Runner 2049 and a near-silent and emotionally inert loner in Drive. There’s power in his stillness.

In 2000’s Remember the Titans, he was the dorky, country-music-loving cornerback who couldn’t cover a mattress. Four years later he was the heartthrob in last decade’s most oft-quoted romance, The Notebook. Both somehow fit.

He’s even proven adept at comedy and musicals with The Nice Guys and La La Land. He’s not always stretching himself in the same way that Daniel Day-Lewis is, but each of these are their own movies with their own visual language and thematic style. Each of these ask different things of him as an actor. And in both cases, Gosling blends right into the surroundings, generously allowing room for his co-stars to shine right alongside him. The axis of those films change drastically if you replaced him with, say, Johnny Depp or Brad Pitt. Gosling doesn’t chew scenery as much as he takes calculated nibbles. If movies are about emotions then the feelings you feel while watching Gosling—the sense of him being at home in every room—matter.

Believablity is a currency in Hollywood not everyone can trade in.

Looking through Gosling’s filmography, it’s hard to find out-and-out misfires. Of course there are films that failed to hit their mark—Gangster Squad and Only God Forgives immediately come to mind—but there have never been any career lulls over the last 15 years. No need of a comeback. Why? Because Gosling is rarely out of his element in a picture—if the movie succeeds, he receives credit and if it fails, he avoids blame. 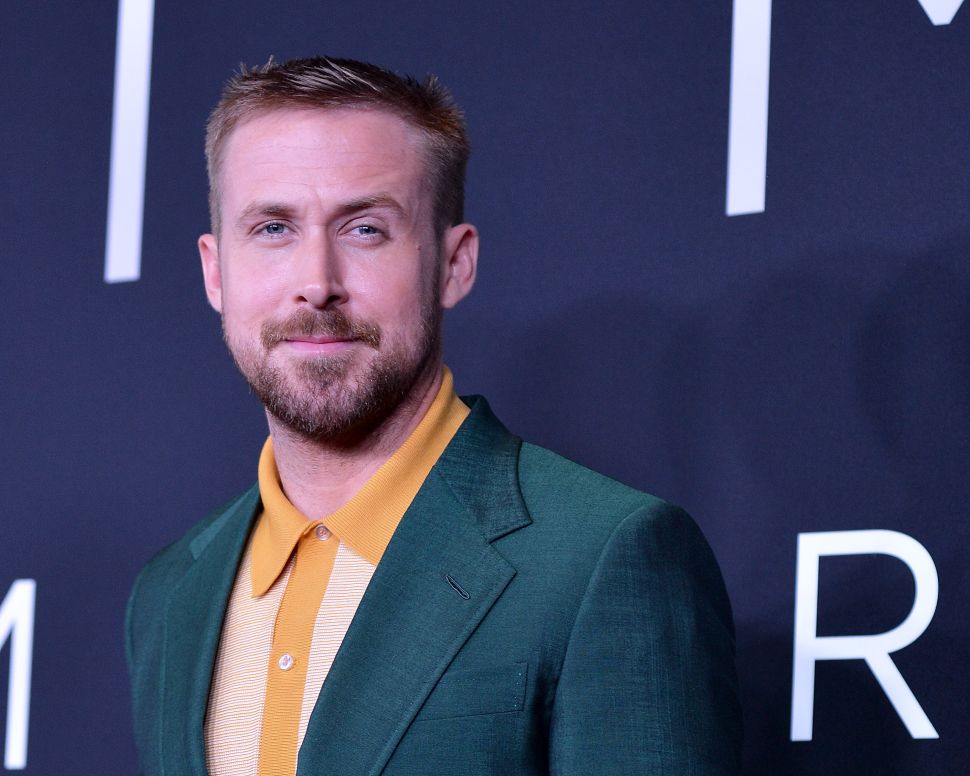