These days the Mooch rocks sneakers over Gucci loafers.

But just because Anthony Scaramucci is settling into a comfort-casual afterlife following his 11-day run as White House comms director doesn’t mean he’s abandoned politics. The hands-talking venture capitalist is a regular guest on Fox News and will debut his own contribution, Trump, the Blue-Collar President, to the pro-president literary cannon later this month.

On Tuesday evening, Scaramucci deployed his political capital in a fundraiser for Sen. Kirsten Gillibrand’s Republican challenger, Chele Chiavacci Farley, at the Hunt and Fish Club in Midtown—the steakhouse he co-owns with restaurateur Eytan Sugarman and financier Nelson Braff. Actor Stephen Baldwin was billed as the evening’s second headliner.

“Chele will be a fantastic team player in D.C. The president needs a New York wingperson,” the Mooch told Observer. “She is super hardworking and a great friend of Israel.”

“She’s not getting any actual bills passed,” Farley told Observer of Gillibrand’s track record on Capitol Hill. “She’s put forward over 300 bills in her 12 years in D.C. and during that time period exactly one of them has become law.”

As Farley orbited conversations between players in New York’s Republican establishment, Fox Business reporters mixed with Israeli oil lobbyists. A tray of meats and cheeses flanked the back wall, which were washed down with complimentary Vodka sodas and Coors Lights. New York Republican State Committee chairman Ed Cox, who is the son-in-law to the late President Richard Nixon, watched the evening unfold alongside Judge Jeanine Pirro’s publicist. Donors shelled out upwards of $1,000 for a photo opportunity with Mike Lindell, the former crack addict who built the ‘MyPillow’ empire promoted in infomercials on Fox News.

“Because of Trump, everything is politics now,” said the Mooch before whirling off like a tornado.

Baldwin was a no show. 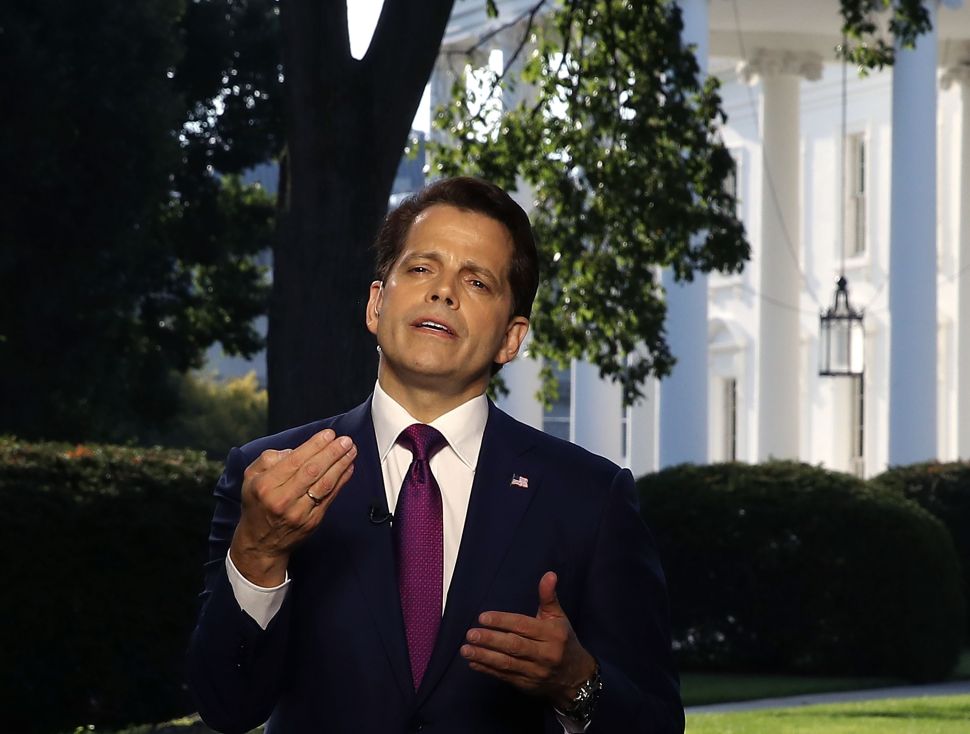