Sears, once the largest retailer in the world, is now on the brink of bankruptcy. According to multiple reports by CNBC and The Wall Street Journal on Tuesday and Wednesday, the 125-year-old retailer has approached several Wall Street banks, including Lazard and M-III Partners, to prepare bankruptcy filings that could come as soon as this week.

On the news, shares of Sears’ parent company, Sears Holdings, plummeted 32 percent in Wednesday’s pre-trading to $0.40 a share, less than one-hundredth of its value five years ago.

If the bankruptcy comes to fruition, Sears will be the second major American retail brand to go under, after Toys “R” Us, in the past 12 months. On the surface, the two companies’ troubles bear a lot of similarities—mounting debt with lenders, declining sales and a lack of e-commerce presence. Yet, the two bankruptcies will likely feel very different to consumers.

Similar to Toys “R” Us, Sears has been struggling to pay off mounting debt to its lenders, and its faltering sales haven’t helped.

The company hasn’t posted a profit since 2010 and has accumulated $5.5 billion in debt, with $134 million due on October 15. Next week’s payable alone is more than twice of Sears’ market worth right now ($63.78 million as of Wednesday).

Without question, consumers will see a wave of Sears store closings very soon. Sears has already closed hundreds of stores in the past few years and sold off several legacy brands, such as Land’s End and Craftsman. In 2017 alone, Sears Holdings, which owns Sears and Kmart, closed over 100 stores nationwide.

It still has around 500 Sears stores and 360 Kmart stores left. But in November, 46 of them will be closed.

Looking at the larger picture, though, consumers may not feel as much of a difference with Sears gone as they did with the closure of Toys “R” Us.

When Toys “R” Us closed its entire U.S. store chain earlier this year, it left a 12 percent ($11 billion) hole in the U.S. toy industry, and many toy shoppers didn’t have a substitute for this year’s holiday shopping season. Since then, several retail chains, like Walmart and Target, have been expanding their own toy offerings in a bid to fill the void left by the toy giant.

In contrast, Sears owns less than one percent of the U.S. retail market, according to market research firm CSI Market. The hole can be easily filled by it’s still strong brick-and-mortar peers, not to mention Amazon. 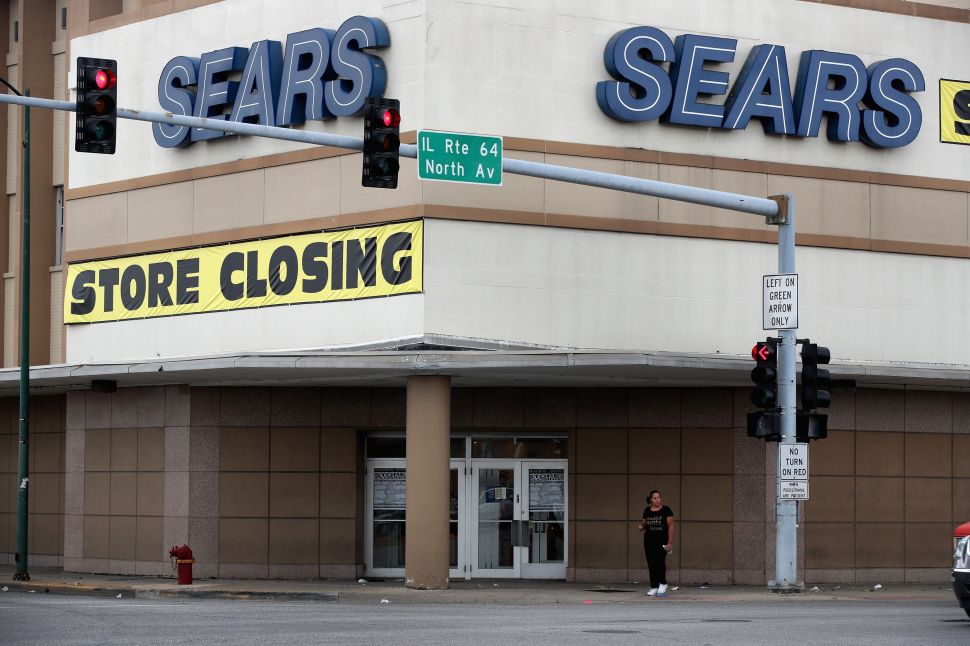