Daily Beast reporter Zach Everson, who tracks the comings-and-goings of guests staying at D.C.’s Trump International Hotel, first noticed that Gorka started following the account “40 Plus Beautiful Women Page” three days ago. After Mediaite reached out to Gorka for comment, the political operative unfollowed the account.

“40 Plus Beautiful Women Page” features pornographic actresses in lingerie and suggestive poses. The most recent photo is a sunburnt blonde woman in a cheetah-print bikini.

While Gorka is followed by over 32,000 Instagram users, he only follows 252 accounts—which are a conservative mix of Fox News personalities and old colleagues from the White House. The politico did not respond to Observer’s request for comment.

“It was a staffing issue and it was inadvertent,” the senator told reporters on Capitol Hill. “It was a mistake.” 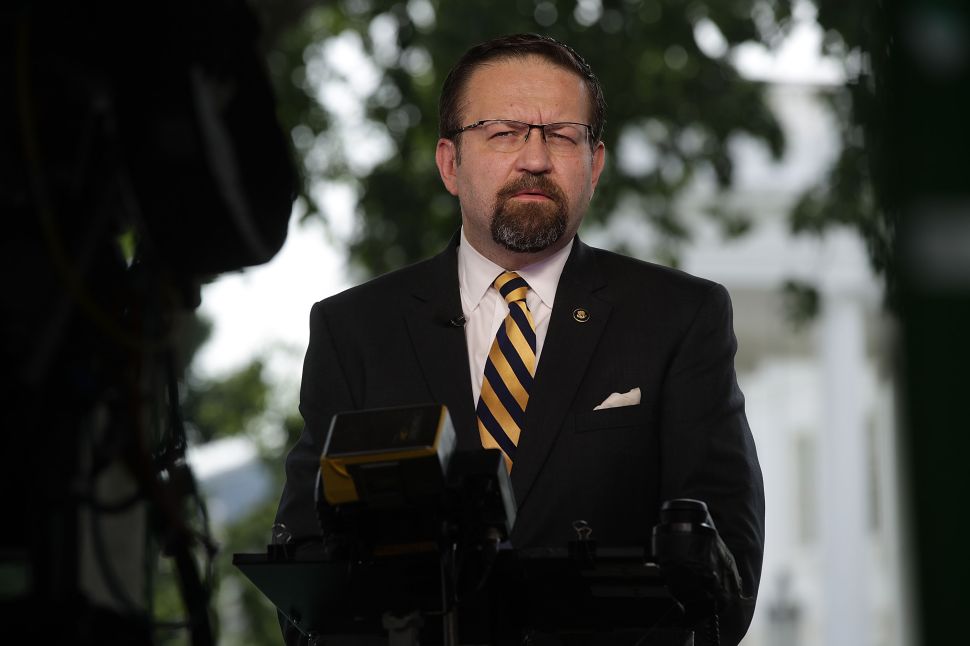