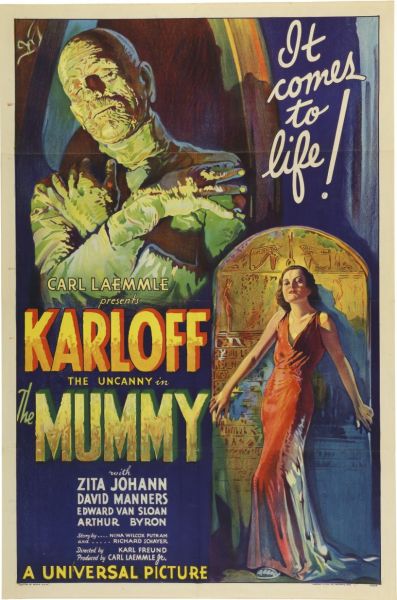 An original copy of the poster for 1932’s horror classic The Mummy. Sotheby's

Sotheby’s is going ghoulish this October by auctioning off a super rare movie poster from the original run of Universal Picture’s first iteration of The Mummy (1932). The 86-year old one-sheet has been estimated to sell for between $1 million and $1.5 million by the auction’s close on Halloween.

And there are no bids as of publication, a purchase at any point within that range would make it the most expensive movie poster ever sold. A poster for the 1927 sci-fi epic Metropolis currently holds the world record (sold in 2005 for $690,000, Leonardo DiCaprio was the rumored buyer), but its cohort is dominated by Universal titles like Dracula, Frankenstein and Bride of Frankenstein, each of which are valued at nearly $500,000.

“I wouldn’t be surprised if the auction exceeds the high estimate. It’s a real work of art,” says Wheeler Winston Dixon, professor of film studies at the University of Nebraska–Lincoln and prolific author on movie history told Observer. “Universal horror movie posters have a huge nostalgia factor. The posters convey a real sense of how iconic these characters became.” And it’s true, the other thing these top-selling marketing materials all largely have in common is their genre: Horror sells highest.

And beyond their thrilling theme, the posters with the highest price points also share several visual traits. They always, for instance, prominently feature the monster or villain. Sotheby’s The Mummy lot is no exception here, with Boris Karloff’s ragged corpse taking up more than a third of the poster.

Part of their appeal is of course their cultural currency—early horror movie quotes, costumes and characters are among the best remembered and mimicked movie motifs today. “The Universal cycle of horror movies is ingrained into popular culture. Even people who don’t know horror have a sense of who Bela Lugosi is, as well as Boris Karloff, and they know Dracula, Frankenstein and The Mummy,” said James Kendrick, professor in the Department of Film & Digital Media at Baylor University.

The utter scarcity of these posters adds greatly to their value. Sotheby’s The Mummy is one of only three known to exist (one of which is owned by Metallica guitarist Kirk Hammett, an avid horror poster collector). That rate of survival is pretty typical for horror posters, and other genres haven’t fared much better.

As soon as poster collecting became fashionable, the scarcity of older titles was always going to be an issue. While posters were the primary way to advertise a film during the age of radio, and even at the dawn of television, the audience and the industry viewed these advertisements as entirely disposable. When a movie left theaters, its posters were thrown out and new ones printed if necessary for a re-release.

Early horror, in particular, is impacted by its history. “If you look at all of the 1930s, there’s maybe a dozen horror films at most,” said Kendrick. Universal’s adaptations of Dracula and Frankenstein are the beginning of what we think of, today, as American horror. In their own time, however, they were simply literary adaptations with chilling elements. The Mummy, however, was one of the very first proto-horrors developed from an original concept. This unchangeable confluence of historical moment, supply, and demand likely mean that horror posters will continue to generate record-breaking sale after sale.

“These posters rarely become available,” confirms David Lieberman, CEO, owner and founder of CineMasterpieces, a firm that specializes in the sale of movie posters and other filmic memorabilia. A challenge for his business in that the genre is in such high demand. “If clients want horror posters, I always have to explain that it’s not like walking into Wal-Mart and picking up something on the way home.” 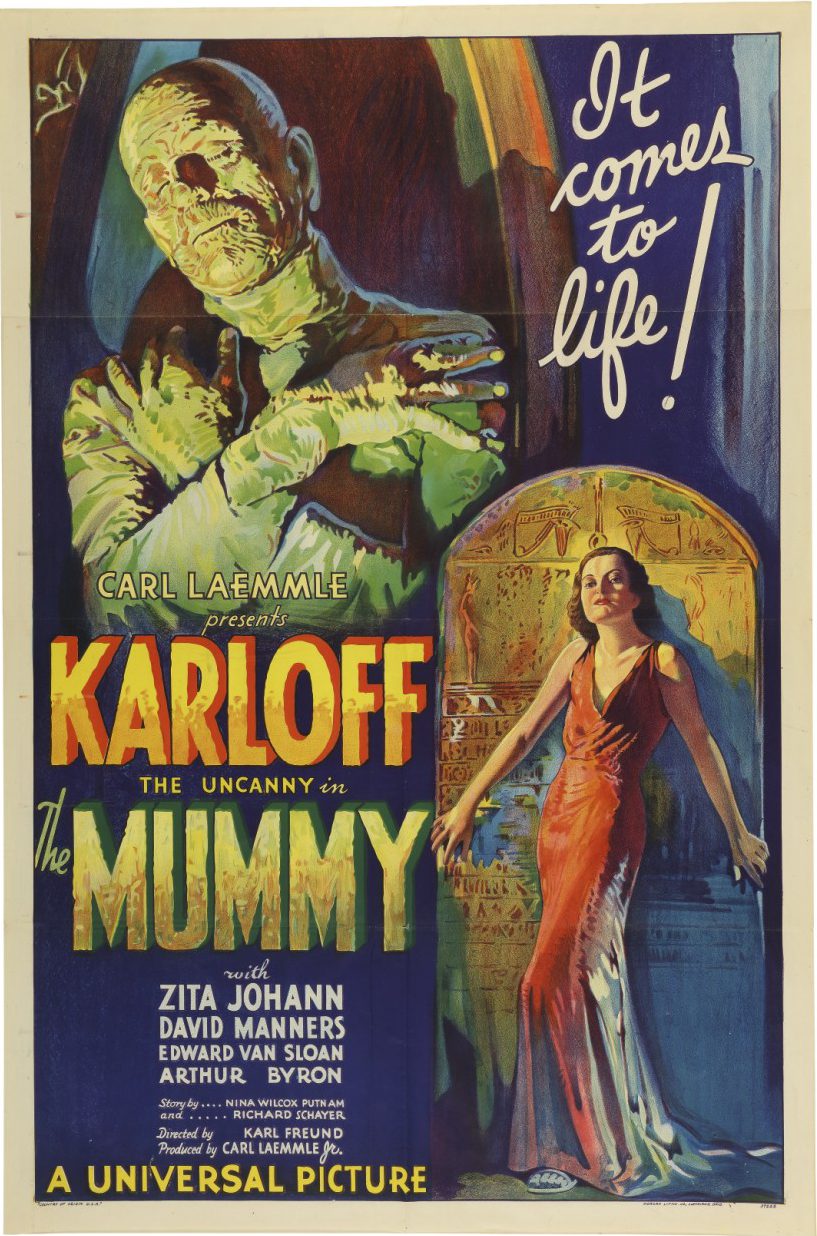