Famed auction house Sotheby’s of London has auctioned off its first-ever entirely gold catalog of covetable art objects. This particular auction was called, fittingly, The Midas Touch, and the items for sale ranged from a stunning, gold-painted 1977 Ferrari 512 BB to a 18-karat gold sculpture of Kate Moss that was valued at a starting price of $300,000.

Of course, not all the items on the roster were as preposterously over-the-top as fast cars and sculptures of iconic supermodels.

The catalog is worth viewing in its entirety for the sheer wealth (sorry) of breathtaking pieces up for sale: 19th century gold-and-enamel German snuffboxes, Ancient Etruscan-style Greek wine cups (sold for £4,375) and the complete poetic works of John Keats bound in gilded leather are all beautiful enough to make any patron of the arts feel weak in the knees.

Constantine Frangos, Sotheby’s head of sales, told The Guardian that the idea for an all-gold auction sprang from “the growing popularity of the precious metal, despite a 36 percent decline in its value since hitting a peak of $1,890 per ounce in 2011.” Gold may not be as tangibly valuable as ever, but perhaps the havoc wrought by the Trump presidency and his opulent-yet-tacky aesthetic brought gold back into the spotlight.

Beyond any normal auction of art or antiquities, it bears mentioning that this was a sale of luxury items and status symbols specifically designed to make the One Percent go gaga. That being said, Christmas is fast approaching, so if any secret admirers feel like shelling out for the gold John Keats collection, which surprisingly didn’t sell, we wouldn’t be opposed to receiving an anonymous gift. 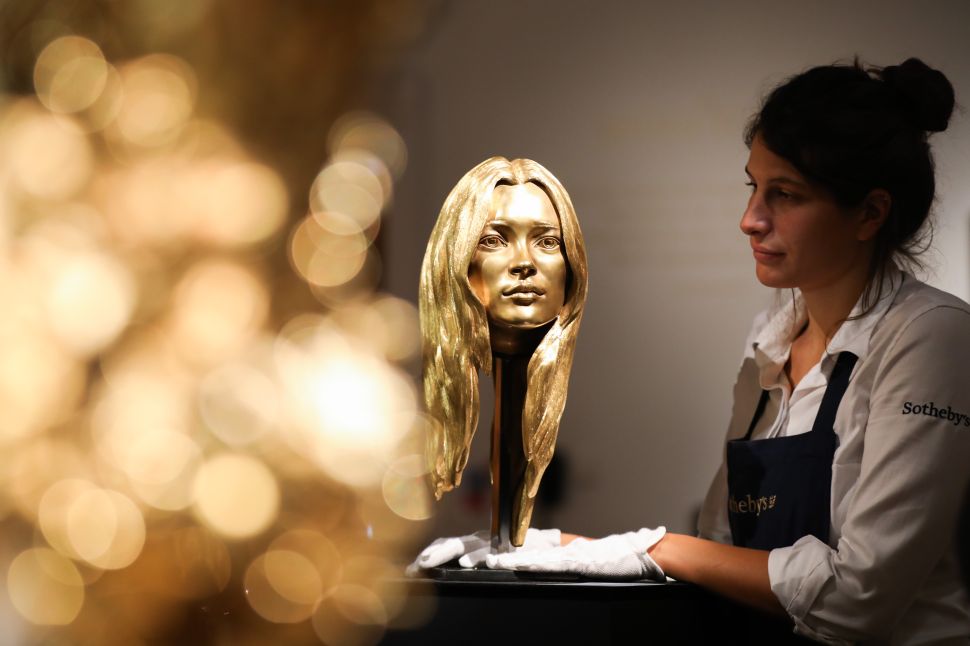