By the end of 2018, a whopping nine superhero blockbusters will have been delivered to multiplexes around the world. As of publication, roughly 20 films based on comic book characters are scheduled to hit theaters through 2020. Thanks to the X-Men, Marvel Cinematic Universe, DC Extended Universe and an avalanche of disconnected standalones, the comic book genre doesn’t look to be losing steam anytime soon.

Today, superhero films have taken the place of traditional action blockbusters from the 1980s and ’90s. In place of John McClane (Die Hard) and Roger Murtaugh (Lethal Weapon), we now have Tony Stark and Bruce Wayne. Superhero tales are our modern-day mythology. And while there are still hundreds, if not thousands, of comic book characters that have yet to hit the big screen, the bubble is sure to pop eventually if those at the helm don’t find different ways to tell these stories. To that end, we suggest a simple solution: original superhero movies. This route would help clear up some of the biggest existing and future issues that plague the genre.

In terms of live-action representation, nearly all of our main heroes have already been through multiple iterations. In the very near future, we’ll be getting new versions of Batman and Superman; Spider-Man is on its third actor as is The Hulk. The X-Men have two versions of each character running around and will be recast once Disney absorbs Fox; we’ll also eventually see new stars in your favorite MCU roles such as Robert Downey Jr.’s Iron Man.

Remakes and sequels are more common than stale popcorn—eventually, reboot fatigue will exact a toll. The genre is precariously teetering toward saturation. We’re already seeing studios branch out into different genres with their superhero properties in order to avoid repetition. On top of that, it’s increasingly challenging to walk the fine line of fan appeasement for cherished titles. Staying true to the original and making a killing at the box office don’t always go hand-in-hand. And we haven’t even touched on the troublesome trends of whitewashing and the lack of diversity on several levels.

Original superhero movies are not a novel concept, they just haven’t been properly reevaluated in today’s theatrical context. In reality, we’ve been given a war chest of quality superhero features not based on any preexisting material. Robocop (1987), Darkman (1990), The Matrix (1999), Unbreakable (2000), The Incredibles (2004) and Hancock (2008) all proved that such concepts can be commercially successful, critically acclaimed, or both.

Yes, original concepts are riskier bets for studios in a time when theater audiences are shrinking yearly. We understand the drawbacks. But the upside is undeniable.

From a pure business perspective, multimedia originals can emerge as gold mines with endless expansion opportunities and without all of the fussy character licensing deals that leave exciting projects buried in red tape (good luck ever getting another solo Hulk movie). The Matrix franchise has grossed more than $3 billion worldwide from all sources (box office, home entertainment, video game, album sales, merchandising, etc.) and there are whispers of a comeback of sorts.

From a storytelling standpoint, more original superhero narratives would help eliminate the constant recycling of tired characters and avoid reboot fatigue with stagnant brand names. They could also offer greater freedom and flexibility. Studios would no longer have to appease toxic “fanboys” that hurl vitriolic hate at non-white male parties involved in these blockbusters—there’s no reason people should be getting bullied off of social media. A quick look at Twitter reveals just how low a minority of certain fan bases can stoop when it comes to their [insert Gollum voice] “preciouses.”

Finally, such an approach will allow for updated characters and stories. These new franchises can break ground that the constraints of 60-year-old comic books cannot. Iron Man 3 needed to bake in a twist reveal in the third-act to smooth over the racist undertones of The Mandarin. No more of that. More superheroes played by diverse actors, a wider range of voices behind the scenes, more LGBTQ representation, updated villains, darker material, greater realism or fanaticism depending on your preference—these are the benefits offered by starting from scratch.

Thankfully, we’re already making slow but steady progress in some of these areas within the framework of existing comic book films. But with each low quality reboot or underwhelming sequel that sells audiences the same prepackaged story over and over, the superhero genre loses a bit of its luster. Studios will need to change up the formula if they want to sustain success. One way to do that is to embrace the original creations that once wowed audiences long before the superhero genre officially became Hollywood’s bread and butter. 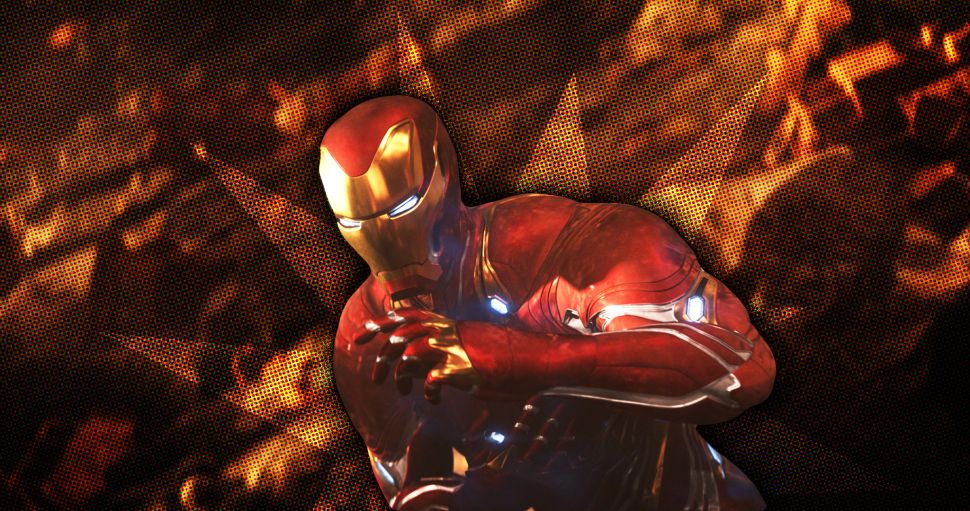