While much has been written about the “new majority” on the U.S. Supreme Court, there hasn’t been much attention—outside of some constitutional law scholars—regarding specifically what that “new majority” might mean for cases already before the high court.

In addition to participating in the decisions of the 43 merits cases SCOTUS has already agreed to hear this term, Justice Brett Kavanaugh will participate in the decision to grant certification to at least 20 new matters for the court to consider before the term ends in July 2019.

Here are four key cases that Kavanaugh could impact this term.

Immigration cases are likely to persist for the foreseeable future. In the latest challenge to the Immigration and Nationality Act’s detention provisions, the justices must now consider whether a criminal alien becomes exempt from mandatory detention, if, after the alien is released from criminal custody, the Department of Homeland Security does not take him into immigration custody immediately.

Oral arguments in Nielson v. Preap took place on Kavanaugh’s second day on the bench. He argued that there is no time limit for how long immigrants can be detained. “That raises a real question for me whether we should be superimposing a time limit into the statute when Congress, at least as I read it, did not itself do so,” he said.

The Supreme Court has several significant criminal cases on its docket. The most closely-watched is Gamble v. United States, which involves whether the Supreme Court should overrule the “separate sovereigns” exception to the Fifth Amendment’s double jeopardy clause.

The Fifth Amendment provides that “[n]o person shall … be subject for the same offense to be twice put in jeopardy of life and limb.” However, under the “separate sovereigns” exception, a defendant can be tried in both federal and state court (or in two different states) for the same crime.

Some legal scholars have argued that the court’s decision in Gamble v. United States could influence the Mueller investigation. Should President Trump pardon any of his associates implicated in the probe, they could still face charges under state law.

At the U.S. Court of Appeals for the District of Columbia Circuit, Kavanaugh heard at least 20 technology-related cases. As one of the youngest members of the court, he is also poised to consider the growing impact of technology for the next several decades. Apple v. Pepper is one of the first; it involves whether a class of consumers can bring an antitrust lawsuit against Apple over its alleged monopoly over the iPhone app market.

Under existing Supreme Court precedent, only the immediate victims of anticompetitive conduct are entitled to damages. Indirect purchasers downstream are not entitled to claim so-called “pass-through” damages. Electronic marketplaces, like Apple’s App Store, don’t fit neatly under either category because although Apple delivers goods “directly” to consumers, it is also acting as an agent on behalf of third-party sellers. Splitting with the Eighth Circuit Court of Appeals, the Ninth Circuit Court of Appeals held that consumers can sue whoever delivers goods to them, even if they seek pass-through damages. The Supreme Court will now decide which federal appeals court got it right.

First Amendment cases have dominated the court’s docket in recent years, leading to several landmark decisions. This time around, the justices will consider whether or not private operators of public access channels are state actors subject to constitutional liability under the First Amendment. The defendants in the suit are employees of a non‐profit corporation, Manhattan Neighborhood Network (MNN), which was designated by the Manhattan Borough president to oversee public access TV channels. The suit, which was brought under 42 U.S.C. § 1983, contends that the MNN employees suspended individuals involved in public access TV programming from using the corporation’s facilities based on the content of their proposed programming.

While the case involves public access television, the court’s decision could have a broader impact, particularly on social media platforms and other media outlets. “We stand at a moment when the very issue at the heart of this case—the interplay between private entities, nontraditional media and the First Amendment—has been playing out in the courts, in other branches of government, and in the media itself,” MNN argued in a brief to the court. 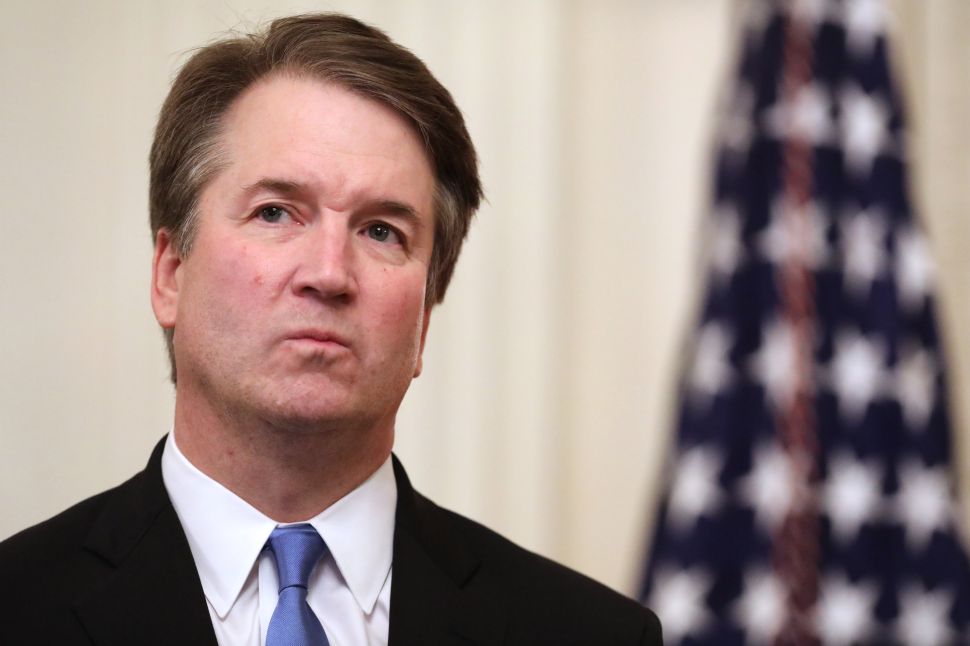