Last year, BlackRock’s Larry Fink penned the investor letter heard around the world. In it, he stated: “Society is demanding that companies, both public and private, serve a social purpose.”

Fink’s letter seems prescient in light of the murder of Jamal Khashoggi. In 2018, this is not just a foreign policy story; the decisions that companies make have a wider range of impact than ever before, and this story has affected not just Washington, but also Wall Street and Silicon Valley.

Case in point: Saudi Arabia is currently hosting the Future Investment Initiative (FII), known as “Davos in the Desert.” Now, the event might be better known for who isn’t participating than for who is. High-profile CEOs have made a public show of dropping out, including, among others, the heads of Uber, Ford and JPMorgan. Even the Secretary of the Treasury withdrew his attendance.

The story made its way west to Silicon Valley, in part because of the massive Saudi investment in SoftBank’s venture capital division. SoftBank has become a new, big player in Silicon Valley venture capital circles because of a $100 billion fund raised by its founder. Of that $100 billion, $45 billion comes from Saudi Arabia’s Public Investment Fund (PIF)—chaired by Crown Prince Mohammed Bin Salman.

That makes SoftBank and Bin Salman significant business partners, to the point of one employee stating: “We are married to the Saudis.” It also means the pressure has increased on SoftBank in the wake of the Khashoggi murder. SoftBank’s COO Marcelo Claure dropped out of this week’s three-day event, but in a way, the damage had already been done. SoftBank’s share price has collapsed 16 percent since the Khashoggi news first broke; the company’s recently announced second fund is now in jeopardy; and one investor, Amir Anvarzadeh of Asymmetric Advisors in Singapore, even removed SoftBank from his list of recommended stocks.

The scrutiny of SoftBank may not be over. Consider: SoftBank is by far the largest shareholder of Sprint, the fourth-largest mobile provider in the United States. SoftBank isn’t just an investor in Sprint; it is the investor, with a controlling interest of 85 percent of Sprint stock. And at present, Sprint is putting the finishing touches on a merger with T-Mobile, which would give SoftBank four of the 14 seats on the new company’s board and a 27 percent stake overall.

Why might this be affected by the Saudi-SoftBank connection? Because the centerpiece of the deal is the creation of America’s first-ever 5G network. That would give SoftBank and Sprint a direct hand in some of the nation’s largest and most sensitive communications infrastructure.

Foreign entities getting close to our critical infrastructure has been a long-running matter of public concern, and we need only to look back at the 2002 Dubai Ports World controversy to see a similar situation. There, too, a piece of critical infrastructure was set to be sold to an entity based in the Gulf, and it led, not just to a national outcry, but also to the president and Congress battling over a deal that ultimately fell apart.

This case is not only similar, it’s arguably more sensitive than the issues at stake in Dubai Ports World. The national security implications of a 5G network go beyond those involved in simply owning a port, including issues like surveillance of personal phone calls and the mining of private metadata.

The government isn’t blind to these concerns. In fact, going back to the Kennedy administration, there’s been an inter-agency process in place—called CFIUS, (Committee on Foreign Investment in the United States)—to review, investigate and block transactions that would create a national security risk. But until recently, no one would have thought to add a Saudi Arabia link to the list of concerns.

But the recent news changes that calculus. The SoftBank-Saudi connection could lead regulators, and the public, to ask understandable and hard questions about the Sprint-T-Mobile deal. Among them: What, if any, Saudi Arabian money or investments are involved? What protections are in place to make sure no foreign entities penetrate the cell phone grid? And how will SoftBank and Sprint ensure privacy and security going forward?

The public may ask the same questions—and they may go one step further and voice their own concerns about Sprint and SoftBank. Today, consumers can wield massive market power, and when they decide that a brand or product isn’t living up to certain values, they can abandon that brand or company. We vote with our patronage—and consumers and investors may make a statement here that governments may be too afraid to make themselves.

More broadly, this situation illustrates a truth about our era: foreign policy isn’t only the stuff of diplomats and wonks and generals—it’s the stuff of Main Street America. Companies will increasingly be forced to answer for who their allies are and will have to weigh in on social issues they’ve never faced before. It means that a great deal of new leverage can be found on Wall Street and in corporate board rooms—not just in Washington. 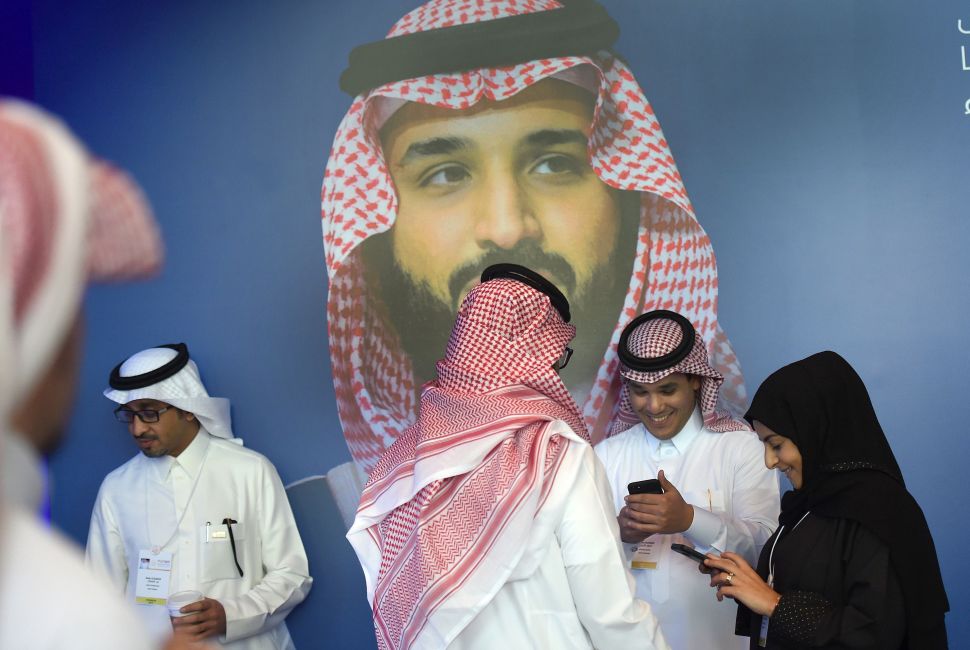