Over the past couple of months, Taylor Swift, who is wrapping up her blockbuster Reputation Tour, has been posting high-resolution images to Instagram of her and her tour mates in full regalia, strutting through screaming crowds or witnessing heartwarming surprise proposals. But Sunday night the singer posted a different kind of picture.

It’s actually a picture of a picture—an iPhone shot of a black-and-white Polaroid photo of Swift, dressed in flannel and perched comfortably on a disheveled mattress with her hand propped earnestly on her chin. The caption reads: “I’m writing this post about the upcoming midterm elections on November 6th, in which I’ll be voting in the state of Tennessee. In the past I’ve been reluctant to publicly voice my political opinions, but due to several events in my life and in the world in the past two years, I feel very differently about that now.”

Swift goes on to condemn Marsha Blackburn, a Tennessee candidate for senator. She also expresses her solidarity with the LGBTQ community and her belief that systemic racism in America is “sickening and prevalent,” and encourages her followers to register to vote in the midterms.

I’m writing this post about the upcoming midterm elections on November 6th, in which I’ll be voting in the state of Tennessee. In the past I’ve been reluctant to publicly voice my political opinions, but due to several events in my life and in the world in the past two years, I feel very differently about that now. I always have and always will cast my vote based on which candidate will protect and fight for the human rights I believe we all deserve in this country. I believe in the fight for LGBTQ rights, and that any form of discrimination based on sexual orientation or gender is WRONG. I believe that the systemic racism we still see in this country towards people of color is terrifying, sickening and prevalent. I cannot vote for someone who will not be willing to fight for dignity for ALL Americans, no matter their skin color, gender or who they love. Running for Senate in the state of Tennessee is a woman named Marsha Blackburn. As much as I have in the past and would like to continue voting for women in office, I cannot support Marsha Blackburn. Her voting record in Congress appalls and terrifies me. She voted against equal pay for women. She voted against the Reauthorization of the Violence Against Women Act, which attempts to protect women from domestic violence, stalking, and date rape. She believes businesses have a right to refuse service to gay couples. She also believes they should not have the right to marry. These are not MY Tennessee values. I will be voting for Phil Bredesen for Senate and Jim Cooper for House of Representatives. Please, please educate yourself on the candidates running in your state and vote based on who most closely represents your values. For a lot of us, we may never find a candidate or party with whom we agree 100% on every issue, but we have to vote anyway. So many intelligent, thoughtful, self-possessed people have turned 18 in the past two years and now have the right and privilege to make their vote count. But first you need to register, which is quick and easy to do. October 9th is the LAST DAY to register to vote in the state of TN. Go to vote.org and you can find all the info. Happy Voting! 🗳😃🌈

This is a significant flag-plant for Swift, who famously did not voice her support for either Donald Trump or Hillary Clinton leading up to the 2016 presidential election. The sentiment is probably the star’s own, but her messaging is worth unpacking. Why, after years of deliberate neutrality or relying on her representatives to comment for her, is Swift choosing this moment to share her political opinions?

One theory: She knew we’d catch the ball and run with it. “What I used to love about Taylor Swift is she stayed away from politics,” said Charlie Kirk, founder of conservative organization Turning Point USA, on Fox & Friends this morning. “She probably got some very bad information.”

Twitter is now ablaze with reactions to Swift’s remarks. Many are contrasting her statement to those made recently by Kanye West, an ardent Trump supporter.

okay who had “2018 midterms become a proxy battle between Kanye West and Taylor Swift” on their scorecard?

Taylor Swift is using her voice to endorse Democrats and encourage her fans to vote.

When I tell you nothing about 2018 makes sense? I mean it. Jesus, come get us.

Meanwhile, Swift’s followers (also known as Swifties) are inclined to forgive her for not speaking out sooner, and even some skeptical commentators are pleased with her decision to open up.

Good job @taylorswift13. Those of you who are saying it's too little too late, or don't be too quick to praise her…What do you want? Allow people to grow & do the right thing. Or we're never going to get anywhere & we'll stay stuck in this mess we've all had a part in creating.

This is not the first time that Taylor has been political—selective silence/pandering in favor of PR is political in itself (and that this statement came at the end of her U.S. tour is telling in that regard). BUT I’m still glad she did it and pointedly so !!!

Why are we all so eager to pounce on the bait?

Swift is well versed in the concept of artificial scarcity. Like a few other celebrities who share her level of global fame and influence, she has existed in relative isolation, distancing herself from the in-depth profiles and effusive discussions with journalists upon which she built her brand. “Taylor Swift hasn’t given a substantive interview and access to a print publication for at least two years,” wrote Jon Caramanica in The New York Times in September.

Swift has always written confessional songs, mining her own experiences for material and lacing her lyrics with a take-no-prisoners wit, which is why her retreat from public discourse seems strange. As many huge “woke” celebrities became more forthright about their politic stances, Swift remained stoically…cute.

In other words: We care because she starved us for years, and now we’re finally being fed.

Swift may genuinely believe what she says she does, but that likelihood exists in conjunction with the fact that everything she says in public is often the end product of an intricate P.R. process designed to keep her at the fore of our collective consciousness (and make her money). Unless she publishes a deathbed memoir revealing she was secretly a right-wing Trump supporter all along, Swift will likely carry out the rest of her days operating the gears of a huge apparatus that carefully determines how her art, and persona, will be perceived.

As scores of Swift’s followers leap at the chance to vote for the first time and countless others put their bodies and lives in harm’s way for the causes they staunchly believe in, the singer herself is almost surely tucked away in a luxury home somewhere, practicing instinctual and unwavering caution. 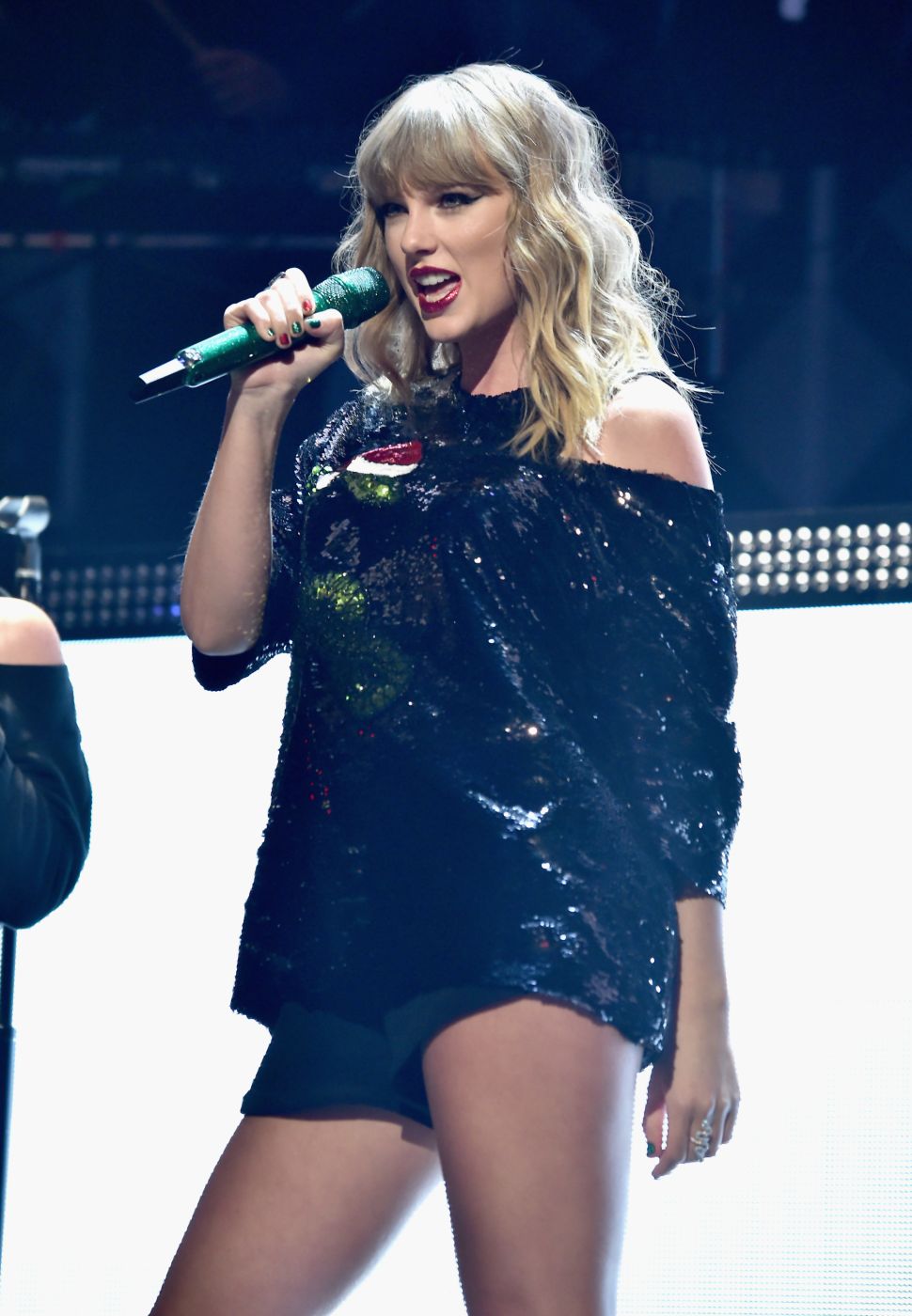