There is currently a minor civil war brewing among conservative media outlets over homophobic tweets sent by 26-year-old CNN reporter Kaitlan Collins as a college student at the University of Alabama.

The reporter’s tweets—in which she called someone a “fag” and wrote “idk if I want to room with a lesbian” in 2011—first resurfaced on Sunday evening. Shortly after the LGBTQ activist group Log Cabin Republicans drew attention to the statements on Twitter, Collins issued an apology, calling the language “ignorant and “immature.” Matt Dormic, CNN’s Vice President of Communications and Digital Marketing, later tweeted that as “a proud gay man” he accepted her apology.

When I was in college, I used ignorant language in a few tweets to my friends. It was immature but it doesn’t represent the way I feel at all. I regret it and apologize.

But the Breitbart machine is mounting a campaign against Collins as a referendum on CNN’s negative coverage of Brett Kavanaugh—in which network hosts and pundits frequently attacked the Supreme Court Justice over sexual assault allegations from high school and college.

“We’re looking for high school and college classmates of @kaitlancollins. Sounds like those tweets weren’t isolated incidents,” wrote Schwartz. “DM me and I’ll pass you along to a reporter at Breitbart.”

“Please only DM me if you’re willing to go on the record,” added the politico in a later tweet. “We’re all set with background sources.”

Schwartz has since attacked Collins with over two dozen insults, many of which have been retweeted by other prominent residents of MAGA World, including Newsmax host John Cardillo.

CNN hacks love to lecture us on the critical role that the media plays in protecting our democracy. Shouldn’t they hold themselves to the same standards that they hold others? Homophobia has no place in the media — just at @CNN.

We’re looking for high school and college classmates of @kaitlancollins. Sounds like those tweets weren’t isolated incidents. DM me and I’ll pass you along to a reporter at Breitbart.

Please only DM me if you’re willing to go on the record. We’re all set with background sources. https://t.co/OwVkco8Wim

Although Collins now appears on CNN alongside the titans of liberal media, the Alabama native cut her teeth at the right-leaning Daily Caller, where she was the publication’s White House Correspondent in 2017.  Now her former colleagues at the Caller are rallying behind her amid the social media onslaught from Schwartz and Trump allies. (Full disclosure: This reporter also contributed to The Daily Caller as a freelancer in 2017).

“I’m sorry this is dumb. @kaitlancollins is a good reporter who works very hard to be fair and dragging up two tweets from seven years ago doesn’t change that,” wrote Daily Caller scribe Peter Hasson on Twitter Sunday night.

I'm sorry this is dumb. @kaitlancollins is a good reporter who works very hard to be fair and dragging up two tweets from seven years ago doesn't change that https://t.co/g6mMqinX3L

While Breitbart is now policing the language of reporters, let’s not forget that one time the outlet published a piece by Milo Yiannoupoulos titled “Dear Straight People: I’m Officially Giving You Permission To Say Gay, Faggot and Queer.” 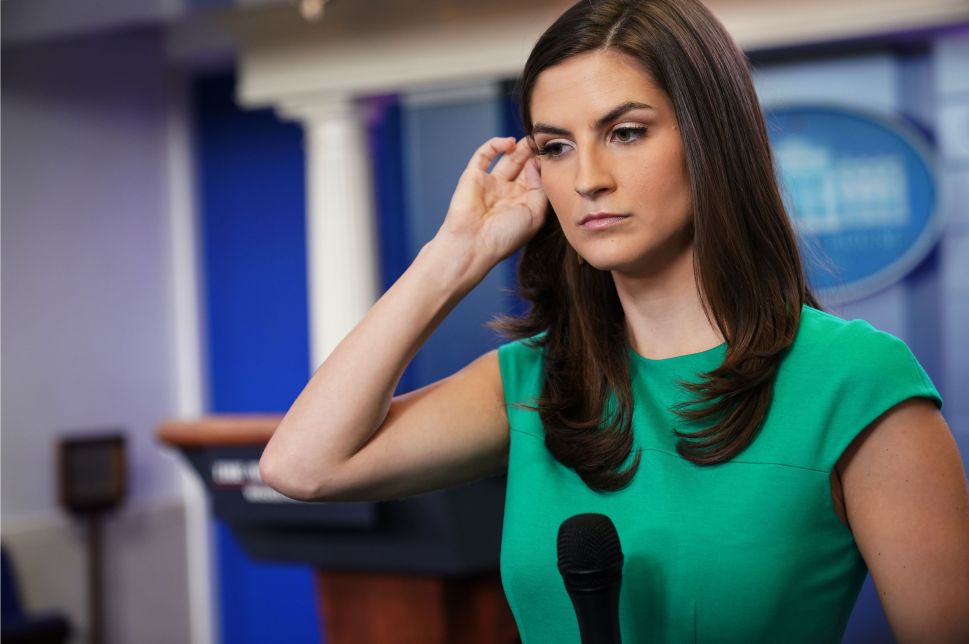