In the past few months leading up to Canada’s historic legalization of recreational marijuana, major Canadian pot stocks, like Tilray (TLRY), Canopy Growth (CGC), Aurora (ACBFF) and Cronos (CRON), all skyrocketed to record highs despite signs of extreme volatility. But in the few hours before Canada officially opened the gate for recreational weed at midnight on Wednesday, October 17, all of these red-hot stocks took a nose dive.

Is this the burst of a bubble like that of cryptocurrencies at the beginning of this year? Or is it a too-good-to-miss buying opportunity?

Some close pot stock watchers recommend an immediate sell. Julian Lin, a stock commentator for Seeking Alpha, asserts that marijuana stocks had reached their peaks prior to Canada’s legalization, and now they have nowhere to go but down.

“It is important to remember that just because a stock falls, it does not mean that it has become cheap. In the case of TLRY, this looks like a case of a bubbly stock becoming less bubbly (but still a bubble). At the current share price around $165, shares still have plenty of downside,” Lin wrote in a Tuesday post for Seeking Alpha.

Still, he is optimistic about the cannabis sector. “Despite my bearishness on cannabis stocks, I should emphasize that I absolutely believe that the hype is real—cannabis will be a very important industry moving forward,” Lin wrote.

There is encouraging news on the stock buying side, too.

On Tuesday, equity research firm Benchmark initiated its coverage of Tilray with a “buy” rating and a $200 price target (current price is $147). Mike Hickey, a senior analyst at Benchmark, said he is bullish on Tilray’s early leadership in the medical cannabis market in Canada and its recent strategic alliance with Swiss pharmaceutical giant Novartis.

Tilray, a Vancouver-based company, debuted on the Nasdaq in July, making it the first cannabis company to go public on a major U.S. exchange. Although the stock was extremely volatile during the following months (it rose 100 percent in a week in September and then fell by half in one day), Dow Jones analysts argued that this was more likely due to the company’s limited shares available for trading rather than external market conditions. Tilray has 17.8 million shares in the market, compared to its rival companies’ hundreds of millions.

“It’s easier to bid a stock’s price up or down when so few shares are available. The lock-up will expire 180 days after its July 19 IPO, which will likely provide some relief,” MarketWatch’s tech reporter Max Cherney, who covers marijuana stocks, wrote on Wednesday.

Currently, Tilray generates revenue only from selling medical cannabis in Canada and overseas markets. But it has sealed agreements with eight Canadian provinces to begin selling recreational cannabis on Wednesday. 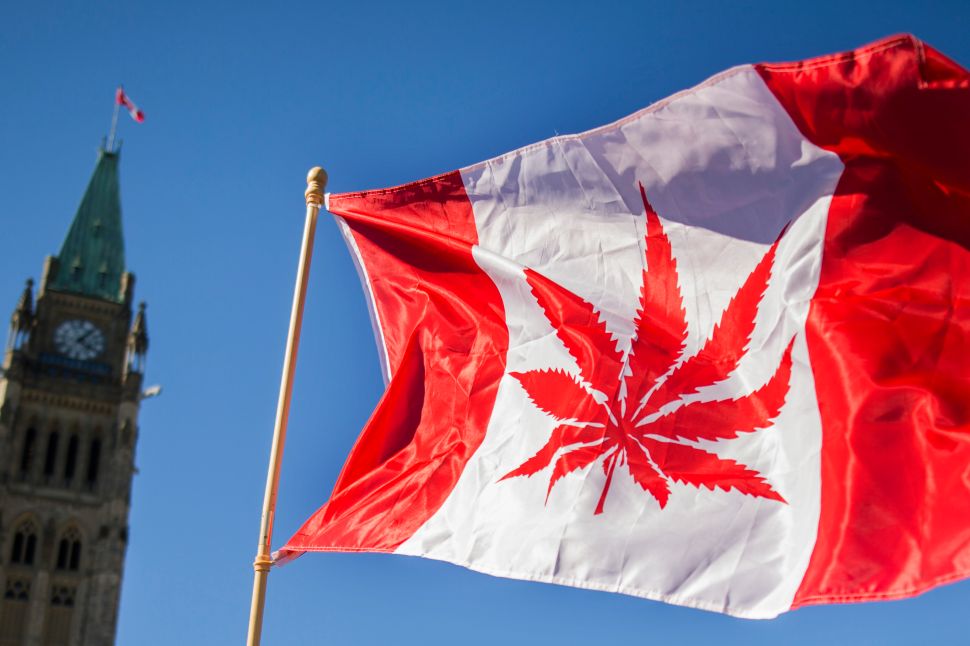