When it comes to the careers of movie stars, we’ve witnessed a common trajectory. Generally, a young actor achieves a bit of success in the indie-film circuit. Eventually, if they’re lucky and talented, they might get nominated for an Oscar. Then, if they’re really lucky and have public and industry goodwill behind them, they make the leap to the world of blockbusters, preferably with an A-list director guiding the ship.

That’s where we find ourselves with Timothée Chalamet, the enormously talented 22-year-old actor who dazzled audiences and got an Oscar nom for Call Me by Your Name, and who is set to deliver another amazing performance this year in the upcoming film Beautiful Boy. The indie darling has been on the lookout for something bigger to sink his teeth into, and he’s found that with Hollywood’s second big-screen adaptation of the sci-fi novel Dune. Better yet, he’ll be directed by Denis Villeneuve (Blade Runner 2049, Arrival), arguably the best filmmaker in Hollywood right now.

“Denis is one of my favorite filmmakers,” Chalamet recently told The Playlist. “What’s especially inspiring about Denis’ films are the size of them. They reach a big audience. These are films meant to play in front of big crowds. And, conversely, he’s also made movies like Incendies that are like intimate affairs. So, that would be a dream come true and is going to be a dream come true. And I’m chomping at the bits [sic] for that experience. I can’t wait.”

David Lynch’s 1984 take on the literary classic didn’t exactly go over well with fans and critics, but Villeneuve has said his film will honor the spirit of that version while taking a different path. For Chalamet, this could culminate in a star-making turn of an entirely different order. The actor even compared it to Christopher Nolan directing The Dark Knight.

“It has always been my dream to do a big movie,” Chalamet told the Philippine Daily Inquirer. “And looking at the careers of Leonardo DiCaprio or Joaquin Phoenix, those guys exclusively work with great directors. So I always told myself, if you do a big movie, make sure it’s with a really great director. I met Denis at the Hollywood Film Awards last year. I didn’t want to scare him away with my enthusiasm for the project, so I didn’t even bring it up. I just said, ‘Hi.’”

Apparently, that was enough.

Dune will begin filming in early 2019. 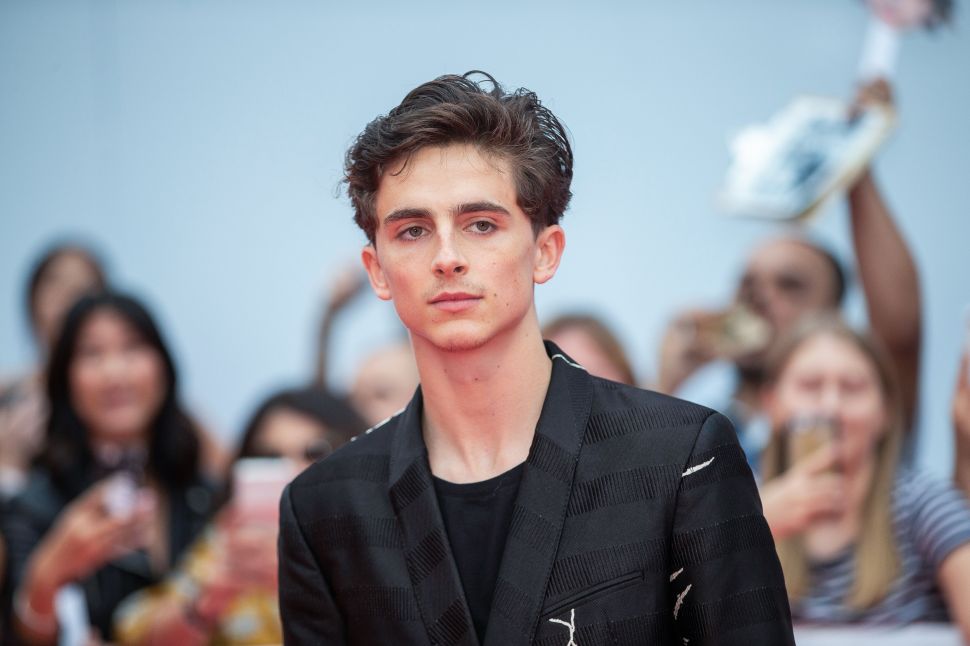