Bankrupted retail chain Toys “R” Us has decided to forgo the liquidation sale of the company’s intellectual property assets, including brand names such as Toys “R” Us and Babies “R” Us, its iconic mascot Geoffrey the Giraffe and a long list of domain names, according to court papers filed on Monday first reported by The Wall Street Journal.

Instead, a group of private equity funds that own a controlling stake in Toys “R” Us, including Solus Alternative Asset Management, has proposed a reorganization plan to launch a toy wholesale business under the old Toys “R” Us and Babies “R” Us brands, the documents show.

The new venture, named Geoffrey’s Toy Box, is currently seeking partners to carry out a “shop-within-a-shop” concept in November, according to trade publication The Toy Book, citing Richard Barry, head of global merchandising at Geoffrey LLC, a subsidiary of Toys “R” Us which owns the company’s intellectual property rights.

The new company will own the rights to the Toys “R” Us and Babies “R” Us brands in all markets globally except Canada, because the Canadian business was sold to Toronto-based private equity firm Fairfax Financial Holdings in June as part of Toys “R” Us’ liquidation.

The 70-year-old Toys “R” Us filed for Chapter 11 bankruptcy protection in September 2017 after lackluster sales could no longer cover the mounting interest stemming from debt with its private equity lenders. During the three months from March to June, the company closed all 735 stores in the U.S.

The exit of Toys “R” Us left a $11 billion void in the U.S. toy market and a long list of valuable intellectual property assets up for grab. The bankruptcy auction was originally scheduled for August 6, but was postponed when the time came around.

The brand set for revival, Geoffrey’s Toy Box, introduced itself at the opening of the Dallas Toy Show on Tuesday, according to USA Today. In a brochure, the company described itself as a “wholesale toy distributor and intellectual property company whose focus is on popular play patterns across trusted brands that kids and parents love.” 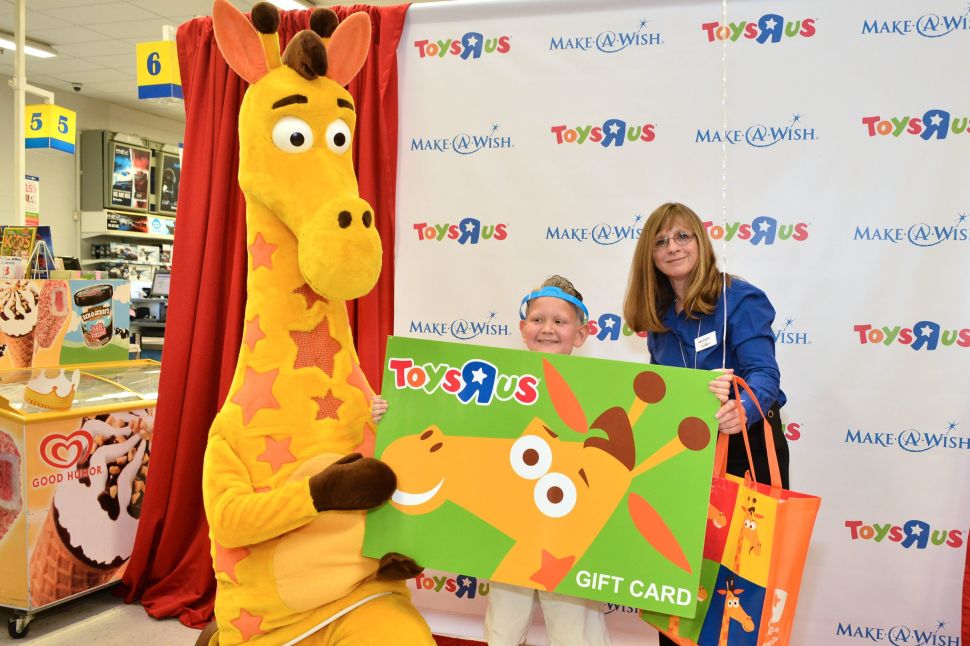