To girls who love high heels, it’s not news that it’s nearly impossible to find a pair that perfectly fit both feet. Aside from the fact that heels are not made for comfort, a bigger reason is that most of us have slightly different sized feet. (Depending on which study you refer to, the percent of the population with this problem ranges anywhere from 60 percent to 97 percent.) But a three-year-old startup in New York called True Gault wants to solve this problem with custom shoemaking, by having customers scan their feet using 3D imaging at home, all with an iPhone camera.

Here’s how it works: Place your bare foot on the hard floor with a piece of 8.5″ x 11” paper underneath. Then, use the True Gault app (only currently available for iPhones) to take three images of your foot from three different angles: the top and the two sides. Repeat the same process for the other foot.

With these images, the app will generate a three-dimensional image for each of your feet to be used for shoe production. The whole mechanism is somewhat like GPS, which requires three coordinates to determine a position.

The 8.5″ x 11” paper is key because the length and width of the paper is standardized. Using the raw measurement of the paper, the app can figure out the angle from which you took the photo and then calculate the true dimensions of your foot.

Although this approach sounds fairly simple and doesn’t seem to require much advanced technology, it’s True Gault’s most valuable asset, because there are only so many everyday objects that can serve the purpose of the 8.5″ x 11” paper here.

According to Sandra Gault, the company’s founder and CEO, there are two mass-produced consumer products in the world that are consistently precise enough to be used as a reference point in foot-measuring: 8.5″ x 11” paper and Lego blocks.

Not many people are aware of this, but Gault was one of the few who knew the secret all thanks to her background in the printing industry. Prior to founding True Gault in 2014, she had worked as an executive at Kodak’s imaging business for over a decade.

“When printers first came out in the 1970s, the industry had a serious problem with paper-jamming,” she recalled in an interview with Observer. “Printing companies would blame printers, and printer companies would blame paper manufacturers. Back then, there was a big issue about industry standards. So, all these people came together and wrote the specifications that they would all agree on. That’s how we got very precise paper.”

Gault said that today the 8.5″ x 11” paper is manufactured at an extreme precision to something like 1/100,000 of an inch. “That’s a great reference for measuring,” she said

Before landing on the the paper, Gault and her team had, in fact, experimented with a few other things that most people could find in their homes, including the quarter coin. And the experiment led to the surprising discovery that not all quarters are the same size.

“A quarter made in the 1960s had an edge around it; a quarter today is thinner and is slightly bigger,” Gault said. “Also, a coin may not always be clean enough for the software to catch its real measurement.”

At just three years old, True Gault has yet to prove whether its at-home foot-scanning app is the ultimate solution for women who struggle to find heels that fit. But the clever idea has already caught the eye of venture capitalist Tim Draper, who invested an undisclosed amount in the company in March of this year. 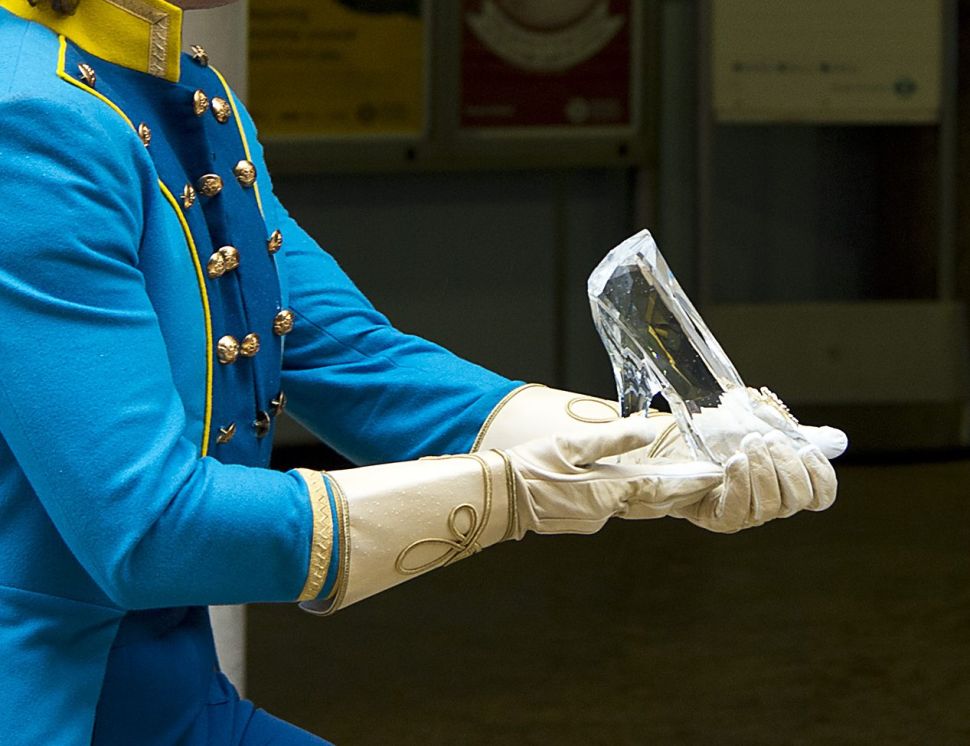