Donald Trump’s first dance as president was to Frank Sinatra’s “My Way,” which includes the line “Regrets, I’ve had a few, but then again too few to mention.” Well, for Trump one of those “few regrets” is the way the media treats him.

During a contentious 60 Minutes interview on Sunday night, CBS reporter Lesley Stahl asked the president to reflect on his mistakes (not including purchasing this painting). “Is there anything that you wish you hadn’t said, anything you wish you hadn’t done?” Stahl said. “Do you have any regrets?”

But Trump turned the question around in order to attack his favorite target: the media. “The press treats me terribly,” he said. “I thought very strongly that, you know, the one great thing that will happen [when I take office] is the press will start treating me great. Lesley, they treat me worse. They got worse instead of better. Very dishonest.”

Stahl looked dumbfounded. “But your regret?” she repeated.

“I regret that the press treats me so badly,” Trump said. “And despite that, my poll numbers are very good.”

But Stahl got the interview back on track. “Have you made any mistakes? That’s my question,” she interjected.

“Everybody makes mistakes,” Trump said. He then launched into a monologue about the NAFTA deal and family separations at the border.

Trump got in a few other jabs along with that sustained media attack. While bragging about his accomplishments later in the piece, Trump added as an aside that he “never knew how dishonest the media was.”

The president also said reports of chaos in the White House are “fake news.” And he claimed someone inside the “dishonest” New York Times wrote the anonymous op-ed about his administration.

Trump’s media attacks this weekend weren’t limited to one interview, however. He also attacked NBC over a tweet claiming that Trump praised Confederate general Robert E. Lee at a rally on Friday night. The president was actually talking about Union commander Ulysses S. Grant.

The president accused NBC of “totally and purposely changing the meaning” of his remarks. So last night, the network apologized and posted a video showing the full context of Trump’s speech. He thanked NBC for the correction, issuing a rare ceasefire in the war to do things “his way” with the press. 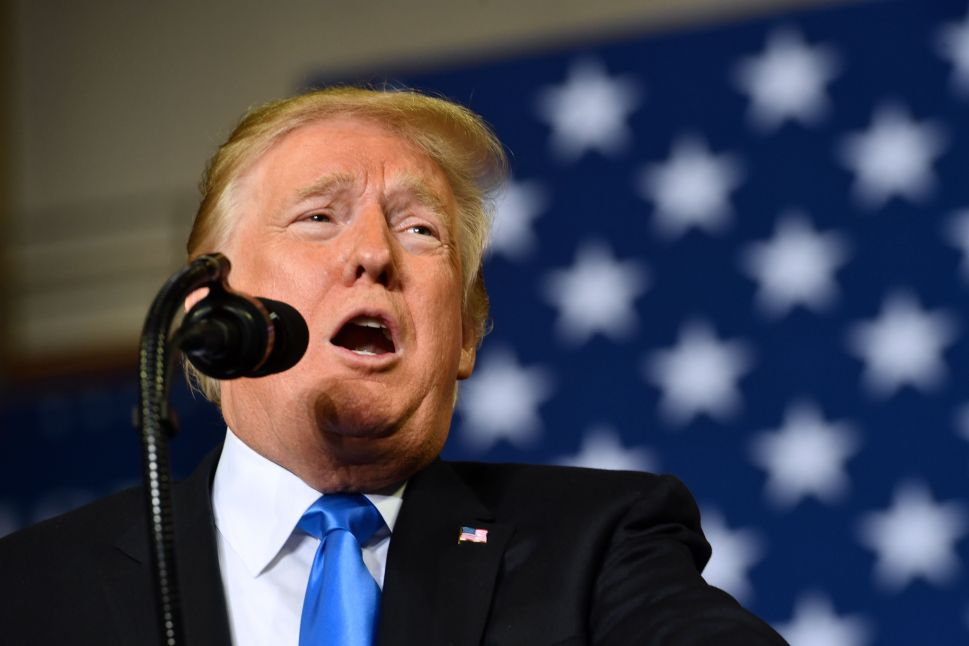