A resentful Anthony Scaramucci first seized on reports of infighting between Kelly and National Security Advisor John Bolton to denigrate his onetime superior as prone to “hissy fits.”

“He has hurt the morale of the place,” lamented the Mooch on Sunday’s Meet the Press. “He’s hurt the president. And he has hissy fits. He left last week after the report that he had with Ambassador Bolton. That’s his personality.”

“The good news is I’m being vindicated by that, because he’s demonstrating his personality the way he really is,” added Scaramucci.

Currently promoting a book about his 11 days as White House comms director, the fame-hungry Republican pointed to Washington Post titan Bob Woodward’s reporting about the Trump White House, where Kelly is said to have called the president “unhinged” and “an idiot.”

“I think he needs a chief of staff, but he needs one that likes him and gets his personality,” said the Mooch.

Gutter sniping is common for ousted Trumpists competing for the president’s attention. But every so often these verbal digs snowball into physical altercations.

A day after Scaramucci complained to millions of Americans about the “spectacle” of his firing, Kelly found himself in the headlines again this week when the New York Times reported the details of a  “near brawl” he had with Corey Lewandowski in February outside the Oval Office. Based on accounts from six sources familiar with the incident, the Grey Lady alleged Kelly “grabbed Mr. Lewandowski by the collar” and tried “to push him against a wall.”

The White House captain’s anger is said to come from Lewandowski profiting from a pro-Trump super PAC, while criticizing his handling of Rob Porter’s security clearance on television. Although Lewandowski did not fight back, Secret Service allegedly intervened to break up the two men.

Despite these scenes of mutiny blasted throughout the media, other former crew members are optimistic the S.S. Trump will sail smoothly, rather than capsize à la the Titanic.

“General Kelly has a tough job but he’s been solid,” former Trump advisor Michael Caputo told Observer. “A Marine isn’t going to stand for what he sees as undeserved criticism from people who never served their country so I would expect some heat. But Mooch and Corey are doing what they think is best for a president they know well, just like the General, so I’m sure all of this has already been worked out. They’re all important to President Trump.” 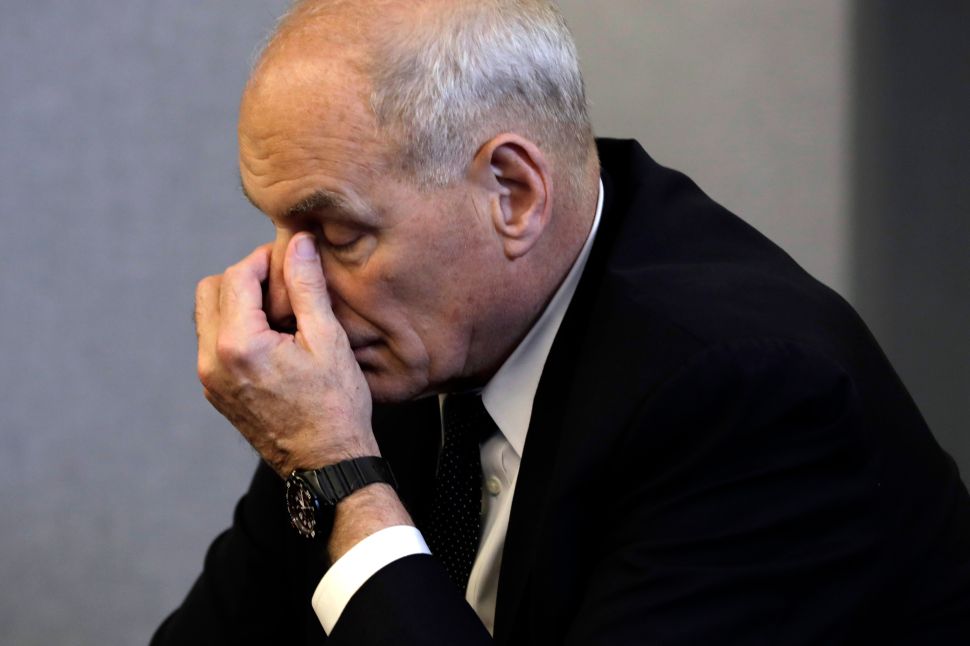