President Donald Trump still uses the “fake news media” when it suits him. Today, USA Today published an op-ed ostensibly written by Trump in which he urged the American people to vote Republican in the midterm elections and predicted the worst would happen if Democrats triumphed.

By contrast, Trump claims that he has kept all of his promises.

“As a candidate, I promised that we would protect coverage for patients with pre-existing conditions and create new health care insurance options that would lower premiums,” he wrote. “We are now seeing health insurance premiums coming down.”

The problem is that most of Trump’s assertions are demonstrably untrue. Indeed, the hyperlink in the “pre-existing conditions” section goes to a Washington Post story that refutes the claim Trump makes in USA Today.

But that’s just the tip of the iceberg. The Post “Fact Checker” blog analyzed Trump’s op-ed today and found that virtually every sentence features a false or misleading statement.

The fault for this doesn’t lie solely with the president, however. USA Today, which has a daily readership of 2.6 million people and an even larger social media audience, made the decision to publish his statements. It also tweeted them out without any context or corrections.

"As a candidate, I promised that we would protect coverage for patients with pre-existing conditions and create new health care insurance options that would lower premiums. I have kept that promise," @realDonaldTrump writes for @usatodayopinion. https://t.co/aVqE7oxDj3

What the hell are you all doing blasting out these blatant lies??

This is propoganda. It’s full on gaslighting.

But the journalism community is also criticizing USA Today, with many reporters saying the paper should’ve drawn the line at printing falsehoods in an op-ed (even one written by a president).

Where is the line on Op-Eds? Should newspapers publish them if they contain false (or at least disputed) assertions? Can you fact-check an Op-Ed before printing it? What if it's by a president? https://t.co/FTzBt3I3ek

USA Today must be super-proud other news outlets have to clean up after them. https://t.co/QoLy8KMGsf

It's always inspiring when neglected voices are amplified by journalists who curate the national conversation. https://t.co/ktoRu9go8a

This morning @USATODAY lost its mind. It ran an op-ed in which "almost every sentence contained a misleading statement or a falsehood," according to the Washington Post fact checker. What a humiliation for everyone who works there. https://t.co/fnKscxXKeB

USA Today isn’t apologizing, however. In fact, it’s doubling down. Editorial page editor Bill Sternberg told Observer that while the paper had fact-checked Trump’s assertions, it also gave him “wide leeway” to express his opinions (as it does with all op-ed writers).

“USA Today Opinion provides a forum for a diversity of views on issues of national relevance,” Sternberg said in a statement. “We see ourselves as America’s conversation center, presenting our readers with voices from the right, left and middle.”

He added that readers can “submit opposing viewpoints and provide additional context.” Some of those responses will be published in the paper.

For what it’s worth, USA Today‘s news desk is continuing to hold Trump’s feet to the fire. Soon after Trump’s op-ed went up, the news division published a story detailing how federal drug trafficking prosecutions along the southern border have dropped precipitously after Trump refocused immigration policy on family separation. Justice Department supervisors warned that the separation policy was “diverting staff” from more important drug prevention work, but their concerns were ignored. 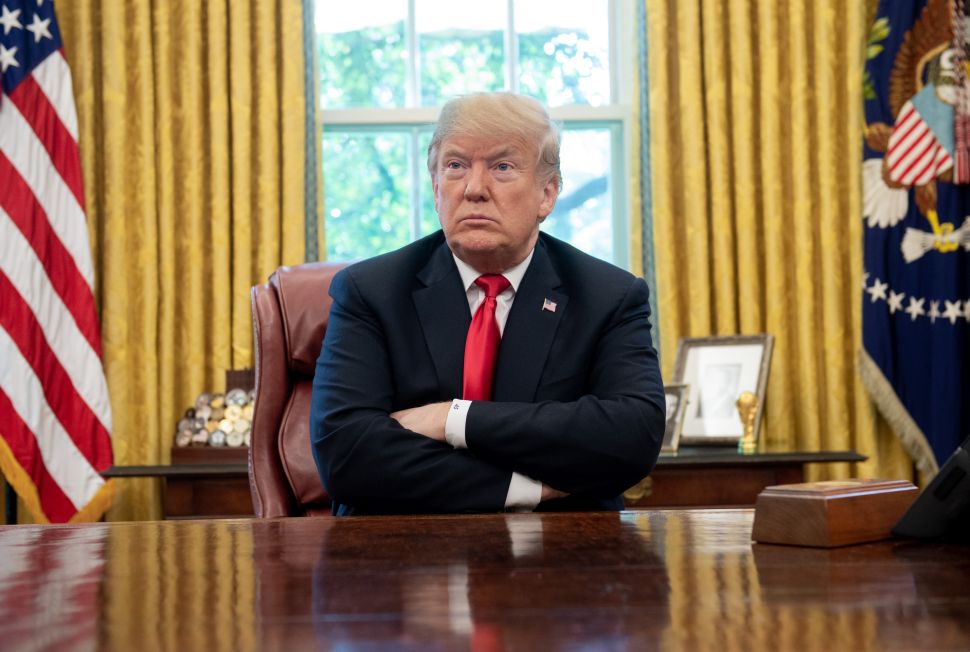