Over the weekend, Sony’s Spider-Man-less Venom movie, headlined by Tom Hardy, shattered the previous October box office opening record (Gravity‘s $57.5 million) with an impressive $80 million haul. Though the movie’s 33 percent score on Rotten Tomatoes could lead to a big second-week drop, the strong early returns practically guarantee we’ll be getting a sequel in the near future. Sony is dead set on launching a shared cinematic universe populated by Marvel characters, terrible reviews be damned (the studio has lined up Jared Leto’s Morbius as the next entry in this continuity).

As someone who has never read a Venom comic in his life, I couldn’t tell you the first thing about Woody Harrelson‘s character, Carnage, who was introduced in the post-credits scene. I have no idea how he plays into the Venom mythos and what kind of stories are to follow. But as someone who is paid to watch movies for a living, I can offer a few humble suggestions that might help the franchise round out some of its rough edges—or, even better, sharpen them.

Ever since Venom was first announced, Sony has done everything in its power to mislead audiences into thinking it was connected to Spider-Man and the Marvel Cinematic Universe. But there’s nary a mention of Tom Holland’s web-head or the greater MCU to be found in this movie. However, the studio’s unpopular decision to make Venom PG-13 (like all Spidey movies before it), and not the hard R it had previously been teasing, suggests that executives want to keep that door open.

Sure, it’s possible that Marvel Studios and Sony could figure out some sort of compromise in order to have Spider-Man and Venom face off, thus tangentially connecting the symbiote to the MCU. That’s an attractive option from a box office standpoint and aligns with the character’s history, according to my more in-the-know friends who love Venom. But the best way for Sony to build up its Marvel-verse is to make the very best movies it can, and that means not compromising the material for what may or may not happen far down the line. Fox’s R-rated Deadpool and Logan are largely standalone stories that worked like gangbusters. In between moments of bizarre entertainment, I found myself wishing Venom had gone that same route.

There are a handful of instances in which Venom feels oddly distilled. The interplay between Hardy’s Eddie Brock and Venom is easily the film’s best attribute, with Hardy doing some sort of non-insufferable gonzo Johnny Depp performance that weirdly works. While that’s played up for some well-earned laughs, their dynamic largely ignores the body dysmorphia horror teased in the trailers. It was marketed like The Fly; instead we got a mildly-dirty Flubber.

Riz Ahmed’s villainous Carlton Drake/Riot is really much ado about nothing. His big reveal, meant to be a shocking and badass display of violence, is muted in its execution. Creating a good bad guy is hard; creating a good PG-13 bad guy is damn near impossible. Excuse me if I don’t quake in my seat as Riot snarls his way onto a CGI rocket ship.

Hardy alluded to a chunk of footage that had been cut from the film and while he later clarified his comments, it’s hard not to wonder if a darker cut might have helped smooth out the tonal inconsistencies and given Venom a bit more of a modern identity. As it is now, it’s a fun yet outdated comic book tale.

Michelle Williams has been nominated for four Academy Awards, but all she’s got to do in this movie is worry about Eddie. That’s like the Boston Red Sox acquiring David Price, only for him to repeatedly get lit up in the post-season (go Yanks!). Her character has no significance outside of her relationship to him. No wonder Williams phoned it in on this one and basically admitted to taking it for the money. A Venom sequel would be greatly improved with a fully engaged Williams and a storyline befitting an actress of her talents.

Again, I have no idea if Anne Weying is a beloved comics character or if she was created specifically for the movie, but I do know an empty attempt at pathos when I see one. She’s only there to make Eddie sympathetic. But it’s not a coincidence that one of the weirdest and, more importantly, most talked about moments of the film involves her She-Venom (you know which moment I’m talking about) or that she then subsequently gets the best laugh of the movie. Venom 2 should lean into that.

Let’s get her another symbiote and have She-Venom co-headline the sequel. It worked wonders for Ant-Man and the Wasp, which saw Evangeline Lilly’s titular heroine receive co-billing with Paul Rudd’s Ant-Man. And, for what it’s worth, that sequel earned $100 million more than the original [insert shrug emoji] while also delivering an all around better movie.

If Venom is going to take on Harrelson’s alien-empowered serial killer in the next outing, he’s probably going to need some help. And if Venom‘s sequel wants to take a step forward, it should probably think about rounding out its supporting characters. 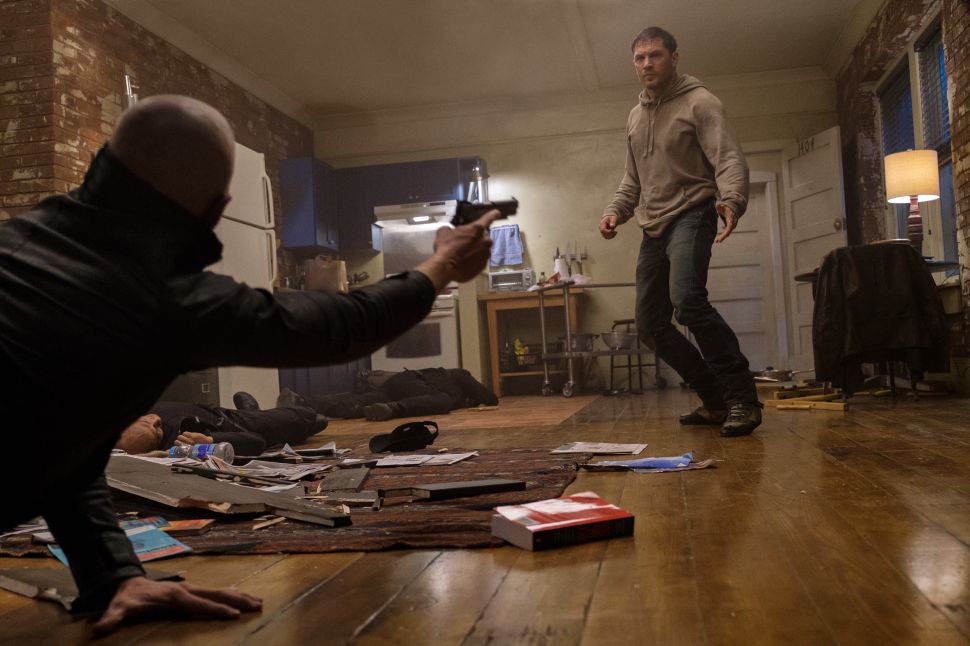