In 2014, Sony hoped that The Amazing Spider-Man 2 would launch an interconnected cinematic universe populated with Spider-Man characters. But instead of focusing on making the best movie it could, the studio stuffed TASM2 so full of Easter eggs, references and nods to future installments that the film collapsed under its own weight.

It doesn’t seem Sony has learned its lesson. The studio is now hoping Tom Hardy’s Venom can kick-start the Marvelverse—and its host of Spider-Man adjacent characters—that it so desperately wants to create. Why else would it intentionally mislead audiences into thinking that Venom is connected to the Marvel Cinematic Universe? Why else would it hastily greenlight Jared Leto’s Morbius without first seeing how audiences reacted to Venom? Sony seems to want to jump to the finish line, but it may pay for its hasty approach.

The first reactions to Venom are in, and many of them are less than kind, putting the film’s box office prospects into doubt. It’s hard to believe that this is the feature that will breathe life into the studio’s grand crossover plans.

While some responses have been positive-leaning, the general critical reaction is less than enthusiastic.

Social embargo for #Venom is up. I talk about this a lot in my review but this is a movie that somehow slipped through a wormhole from 2004. That's my biggest take. It's a movie that spilled from the pre-MCU era through a crack in time and space.

Now that impressions can be shared: #Venom is pretty much this year’s Fant4stic. Everyone except for Hardy is coasting through their performance… I would hate to have to do press for this movie. #Venom #TomHardy

Sorry to say that #Venom is pretty much a complete failure – a tonal mess that feels 15 years old, ignoring the storytelling strides that the superhero genre has made in recent years.

A few fun Venom-centric moments aside, it has nearly nothing to offer. Don't get your hopes up.

Tom Hardy as Eddie Brock and #Venom has some really entertaining moments. A clunky script without nuance bogs the #Venom down, preventing it from choosing between being gritty, funny, or something unique.

Significant chunks of #Venom don’t work *at all* but there is some serious charm to the Eddie/Venom relationship. Not sure I had the intended reactions to some scenes but fun is fun – even when it’s totally ridiculous, right? It’s too bad they didn’t go for the R rating though.

#Venom wasn’t as bad as everyone was saying it was going to be. Tom Hardy is and always will be a great actor, and I laughed a lot — but I’m not sure whether that was intentional or not. Post-credit scene is 🔥

#Venom is a one-man buddy film bonded with an antihero origin story. And Tom Hardy pulls it off like only he can pic.twitter.com/d2AblUvWjF

It’s unfortunate that Venom is already generating so many negative responses. When talented actors like Hardy and Michelle Williams (who have five Oscar nominations between the two of them) take a chance on comic book material, you hope that they’ll deliver something cool enough to entice other stars to follow suit. But the critical blowback might discourage them from returning for a sequel should the box office gross warrant it (far from a sure thing).

On a larger scale, the movie’s failure to hit its mark with critics might thwart the studio’s plans to leverage its Marvel characters for a greater big-screen universe. We saw how damaging bad reviews can be for a superhero brand when DC Extended Universe’s Batman v Superman: Dawn of Justice, Suicide Squad and Justice League were all panned. Sony may want to head back to the drawing board. 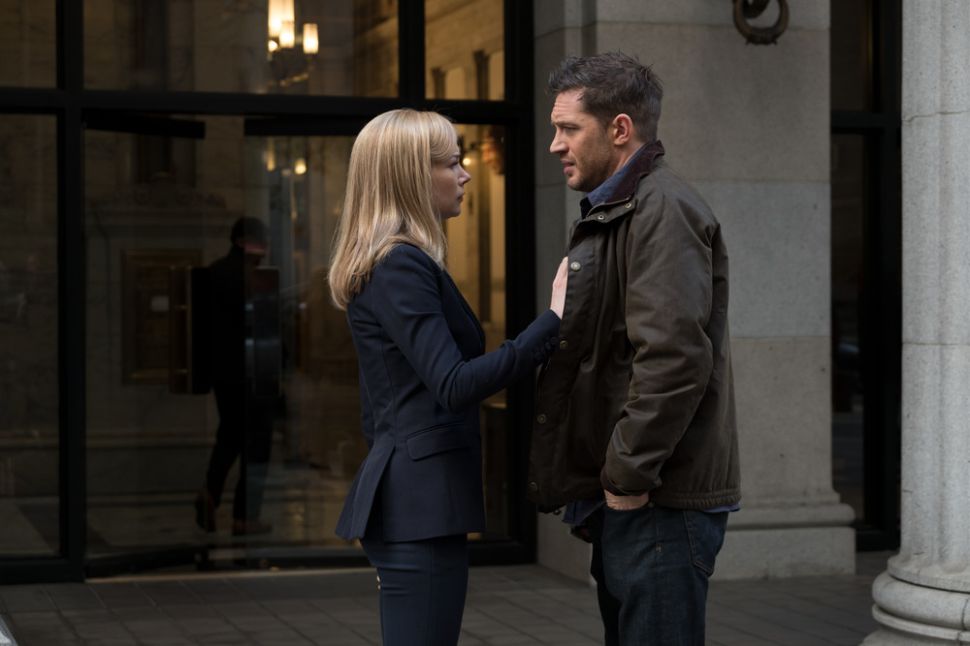