When voters head to the polls on November 6, many will use an electronic voting system. Some say this system can be hacked and the results of an election can be altered by people as far away as Russia.

Voting wasn’t always subject to electronic tampering. In America’s early days, beans and hats were used for voting. While casting a ballot has always been a defining act of American citizenship, the process of voting in America has evolved over time, often not without controversy.

Even after America declared its independence, voting largely still took place viva voce, or by voice vote. The U.S. Constitution provides little guidance regarding the process of voting. Article 1 states: “The times, places and manner of holding elections for Senators and Representatives, shall be prescribed in each state by the legislature thereof; but the Congress may at any time by law make or alter such regulations.”

In 1634, Massachusetts became the first state to elect its governor using paper ballots. Thirteen years later, it mandated that all voting take place “by wrighting [sic] the names of the persons Elected.” Massachusetts, however, was the exception rather than the rule.

In the early days of paper ballots, voters had to bring their own paper and writing utensils. Even more challenging, they had to remember the name (and proper spelling) of each candidate for whom they wanted to vote. As the right to vote expanded beyond wealthy white men, and immigration increased, this became more problematic. In an effort to “get out the vote,” political parties began printing ballots in local newspapers that listed all of their candidates up for election. Not surprisingly, the so-called “party tickets” were prone to corruption and intimidation.

Adoption of the Australian Ballot

In 1856, Australia revolutionized its voting process, ultimately creating a new standard for countries around the world. Its election law required government officials to print ballots and provide a private booth where voters could confidentially mark their ballots.

In the United States, Massachusetts was one of the first states to experiment with secret ballots. At first, it did not go over well. According to critics at the time, “to say that the citizen shall vote with a sealed bag, or not at all is an act of despotism.”

However, by 1896, voters in 39 out of 45 states secretly cast their votes on government-printed ballots. While the change was motivated by a desire to remove corruption from the voting process, it also reflected efforts to limit the impact of expanding suffrage. Printed ballots impeded African Americans, immigrants and poor voters from casting ballots since many could not read.

Paper ballots have evolved over time. From the early 1900s through the early 1960s, voters used gear-and-lever voting machines to cast their votes. The need for the new technology owed largely to the growing length and complexity of ballots, as well as the rapidly expanding electorate after women were granted the right to vote.

The next technological change was the punch-card voting system, which was immortalized with the hanging chad controversy of the 2000 presidential election. In response, the Help America Vote Act of 2002 (HAVA) effectively banned punch-card and lever-based voting systems and required states to incorporate computerized equipment. Today, most states use a combination of paper and electronic voting.

Changes may be coming again. After efforts to go paperless resulted in questions about reliability, tampering and data security, many jurisdictions are abandoning electronic voting and going back to strictly paper ballots. 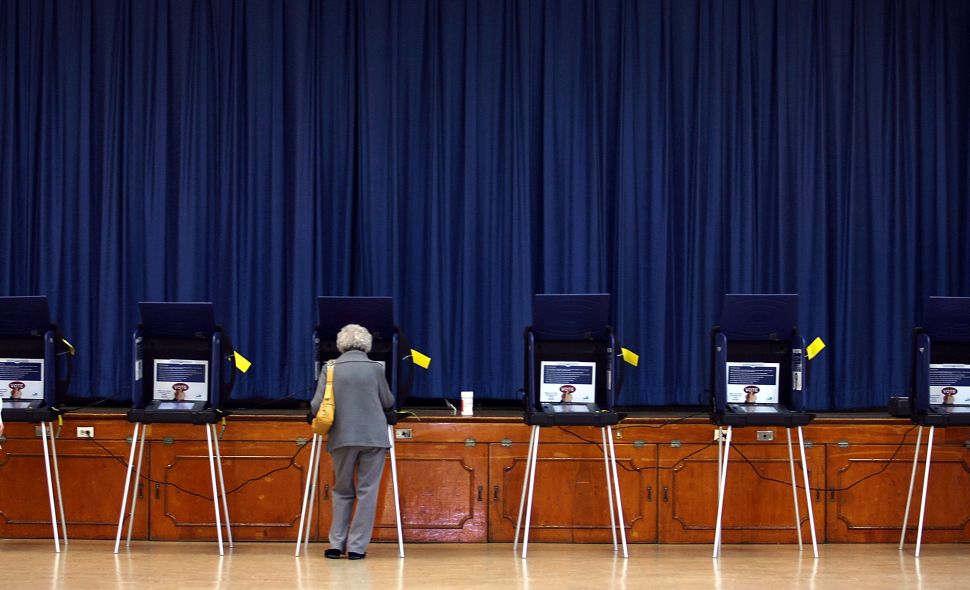