Zayn Malik is heading in one direction, and it’s far away from Bel Air. The erstwhile boy-bander and his head tattoo are leaving the one-story Los Angeles abode he purchased three years ago.

The singer scooped up the 2,332-square-foot pad for $3.1 million in September 2015. The original three-bedroom layout is now configured into a two-bedroom. There’s a sound studio in the residence, so perhaps he converted the spare boudoir into a space for music.

It’s not clear why he’s parting with the 0.85-acre property, but maybe he’s just been spending more time on the East Coast. Or maybe his girlfriend Gigi Hadid’s mom, Yolanda, recommended he make a move—after all, Yolanda is the one who suggested he scoop up a farm in rural Pennsylvania, where she happens to own an estate, earlier this year. And Zayn listened.

The home, which has polished concrete floors and sliding glass doors, is now listed for $3.5 million with Tina Cameron of Pacific Union International.

One of the more unique areas in the house is a space-themed room (or hallway?) with what appears to be an illuminated galaxy on the ceiling. We have no idea what the purpose of it is—maybe it’s where Zayn contemplates life while puffing on cigarettes he has his assistant hand him one by one.

The updated kitchen is equipped with white cabinetry, stainless steel appliances and a separate breakfast area, though there is also a formal dining room. The living room features a wood-burning fireplace.

The house has a hot tub and stucco terrace steps. It does not, however, have a pool (though the listing promises room for one) or a stable for all the horses Zayn’s been keeping in Pennsylvania. He and Gigi now co-own a horse that the former One Direction-er dubbed Cool, because that’s his favorite word.

This isn’t the only place Zayn is trying to off-load at the moment—he’s also attempting to sell his north London mansion for a reported £3.5 million. He’ll likely be spending most of his time in New York, as he doled out $10.9 million for a Soho penthouse earlier in March. 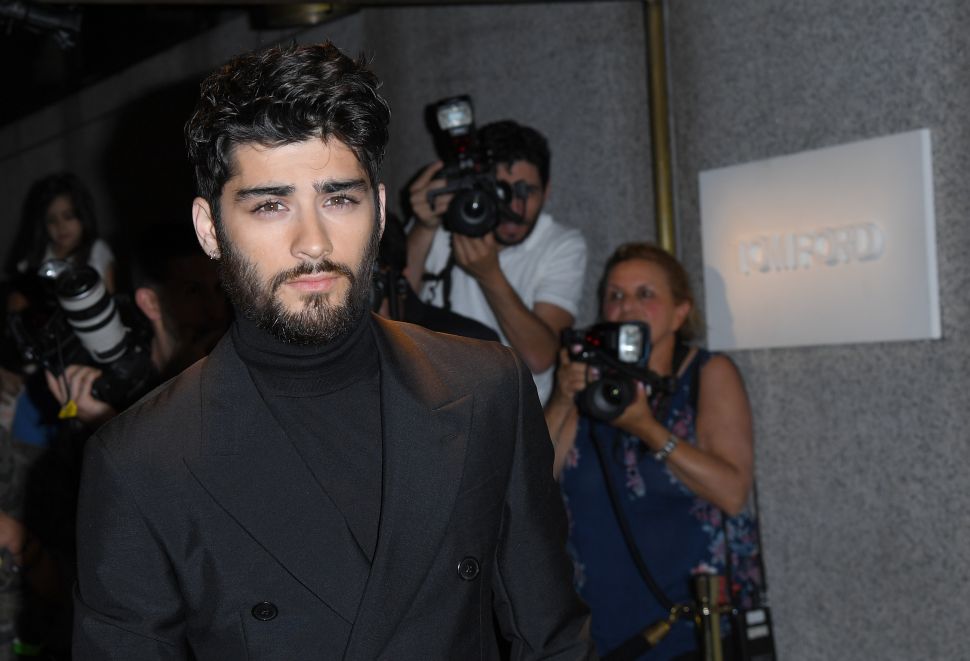