In the great words of comedians everywhere, sometimes you just gotta commit to the bit. However, director Adam McKay found out just how dangerous this sort of dedication can be when he had a heart attack while making Vice, his new movie about former vice president Dick Cheney, who has suffered multiple heart attacks.

As if that weren’t remarkable enough, the only reason McKay was able to understand what was happening to him and act quickly was because he’d been educated about the preliminary signs of a heart attack by Christian Bale, the famously thorough actor whom the director cast to play Cheney.

Over the course of filming the movie, McKay gained a lot of weight and chain-smoked to deal with the stress. When Vice wrapped, he decided to get back in shape and hired a trainer, but when he started working out he could immediately tell something was wrong.

“I always thought when you get a heart attack, it’s pain in the chest or the arm,” McKay told Deadline. “But then I remembered. When we shot one of the heart attack scenes, Christian Bale asked me, ‘How do you want me to do it?’ and I go, ‘What do you mean? It’s a heart attack. Your arm hurts, right?’ He says, ‘No, no. One of the more common ways is that you get really queasy and your stomach hurts.’ I said, ‘Really?’ I’d never heard that before.”

When he experienced the symptoms, McKay says he downed some baby aspirin, asked his wife to call 911 and then rushed to the hospital. “The doctor said, ‘Because you did that, no damage was done, your heart is still really strong,” said McKay, who’s since had heart surgery and is in recovery. The doctor also advised McKay to quit smoking, saying it was making his condition “four times worse.”

So, in other words, not only is Christian Bale a great actor, he is a genuine lifesaver. 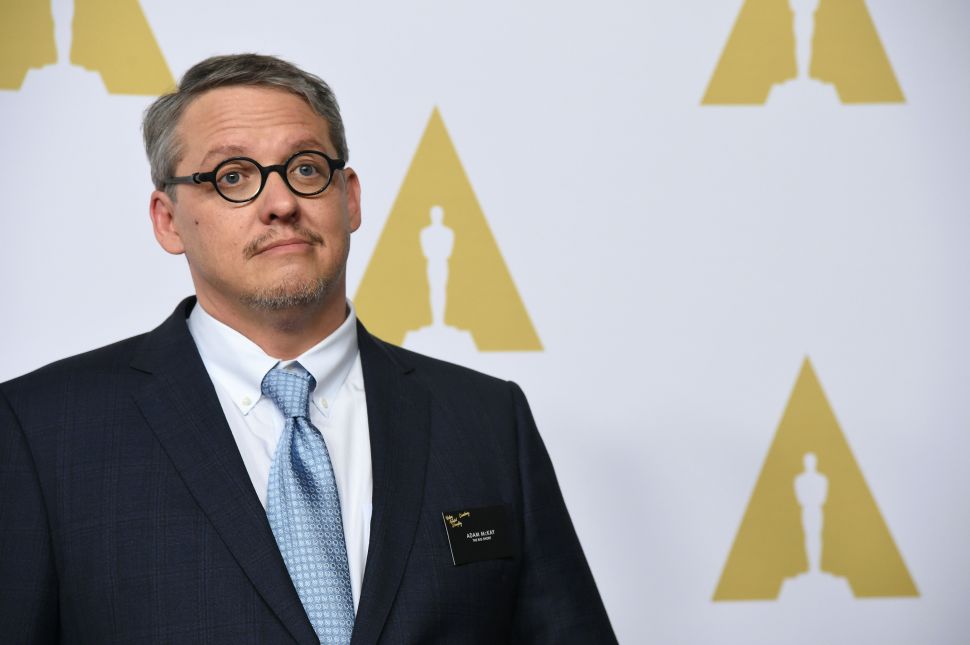