Alexandria Ocasio-Cortez is storming more than the halls of Congress…

After The Washington Examiner’s Eddie Scarry tweeted a photo of the congresswoman’s backside (“that jacket and coat don’t look like a girl who struggles” snidely wrote the reporter), a Twitter mob swarmed to ratio his social media presence into oblivion. Before deleting his insult, the tweet had over 20k angry comments, compared to just a few thousand likes.

Scarry later deleted the tweet claiming the remarks were “taken as something else.”

ATTN! I posted a tweet earlier suggesting the incoming congresswoman looked well put together — ELEGANT even — despite suggestions she’s struggled. The tweet was taken as something else, so I’ve deleted it!

If I walked into Congress wearing a sack, they would laugh & take a picture of my backside.

If I walk in with my best sale-rack clothes, they laugh & take a picture of my backside.

Dark hates light – that’s why you tune it out.

It wasn’t the first time the reporter has come under fire for his inappropriate online presence. As first outlined by Observer in 2013, Scarry has a creepy history of snapping pictures of women’s behinds and commenting on their size. “The pink one is particularly bulbous,” Scarry wrote of one woman he secretly captured on camera. “But the lumpy gray one takes the cake (and eats it, too).” He’s also used Twitter to call a female blogger who criticized him a “whore.”

Although it’s unclear what effect his latest tweet might have on his career, Scarry’s social media annihilation serves as a warning to the digital right: Tread very carefully when attacking Ocasio-Cortez online.

“Her youth automatically means she is plugged into meme culture and is social media savvy,” conservative meme creator Carpe Dunktum told Observer. “Meme makers should beware that she has a motivated constituency behind her that will immediately jump on memes that objectify, dismiss, or attack her personally.”

“Right-wing media have made Ocasio-Cortez a target for ludicrous attacks, which she has seemingly been able to disarm with mockery and ridicule,” explained Right Wing Watch’s Jared Holt. “Even as all cylinders of the right-wing media machine fire on her campaign and transition into office, she’s remained resilient.”

This is the Yorktown Heights (very nice area) home @Ocasio2018 grew up in before going off to Ivy League Brown University.

Scarry may have been best served to learn from the mistakes of Newsmax host John Cardillo, who received online fury after tweeting a picture of Ocasio-Cortez’s childhood home in Yorktown Heights.

“A far cry from the Bronx hood upbringing she’s selling,” wrote Cardillo this summer, before immediately receiving wrath from the socialist’s Twitter army.

Marketing specialist Tom Shadilay, who is leading a workshop on MAGA memes at the American Conservative Priority Conference, called Ocasio-Cortez’s social media messaging about Amazon “one of the most effective campaigns…from the left in a while.”

“Either her or her team understand the memetics game,” Shadilay told Observer, citing one of the socialist’s tweets with a flame emoji. “Her techniques are great.”

This is some 🔥 legislation from @rontkim:

“Best to meme about actual policy differences, lack of political understanding, and gaps in knowledge,” said Carpe Dunktum. “Eddie’s apology was as bad if not worse than his original tweet… Not a smart guy.” 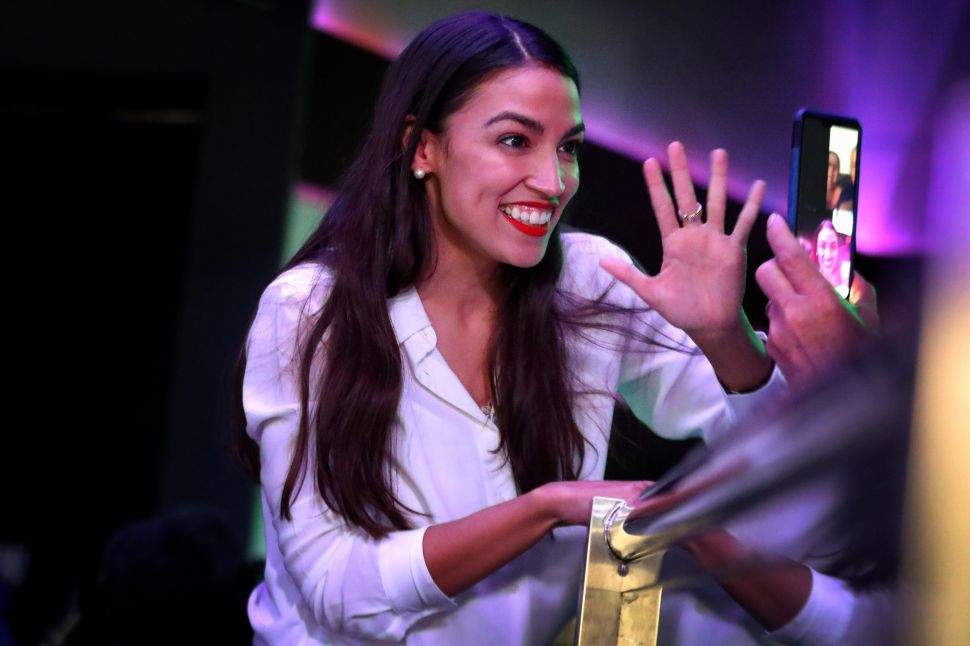