The annual shopping extravaganza, which started 10 years ago, is basically the Chinese equivalent of Amazon Prime Day. But many Americans are unaware that, over the past decade, the one-day event has actually grown much bigger and much more global than Amazon’s yearly sale.

This year, the “Double 11” festival raked in a staggering $30.8 billion (213.5 billion yuan) in sales from Alibaba’s two shopping platforms, Taobao and Tmall. For perspective, that number is seven times more than Amazon’s $4 billion in sales during this year’s Prime Day and well exceeded American consumers’ total spending between Black Friday and Cyber Monday last year ($19.6 billion).

The staggering gap between Alibaba and Amazon on their respective annual sales events is the latest reminder of the impact China’s massive population has on global e-commerce and, more importantly, the market opportunity Amazon is missing. Amazon, despite its huge success in the U.S. and many overseas markets, is still struggling to build a meaningful presence in China.

The reason behind Amazon’s incompetence is multi-fold. For one thing, Amazon was already late to the e-commerce game when it first entered China. (Jack Ma founded Alibaba in 1998, while Amazon launched its China website in 2004.) Plus, its flagship product, the Prime membership, didn’t become available in China until 2016.

By that time, Amazon Prime membership was already a lost battle, because its homegrown rivals could easily surpass the savings offered by Amazon’s free-shipping subscription program.

In China, Amazon charges $11 per three months or $41 per year for the Prime membership. Most items on Alibaba or JD.com charge a shipping fee between $1 and $2 for two-day delivery. The two sites often offer free shipping during promotions without any type of subscription.

In the meantime, Alibaba has been expanding its footprint outside China, including within the U.S., despite the mounting trade barriers between China and the U.S.

According to Alibaba’s data on Sunday’s “Double 11” event, American retailers, as well as shoppers, contributed a large share to the $30.8 billion sales figure. More than 10,000 American brands were featured in the shopping extravaganza, including many first-time participants such as Foot Locker.

“This year, the U.S. merchants are still doing good overall. They rank second in sales, and there are more U.S. merchants that debuted on Tmall this year compared to last year,” Wei Chen, deputy general manager of Tmall International, Alibaba’s B2C online retailer, told China Daily on Monday. “The Double 11 is a feast for global consumers, and Chinese consumers’ demand for overseas goods is increasing rapidly, so global merchants are actively participating.”

The globalization worked in the other direction, too. In just 12 minutes after the “Double 11” festival started, shoppers from over 200 countries placed orders on Tmall, according to Alibaba data. 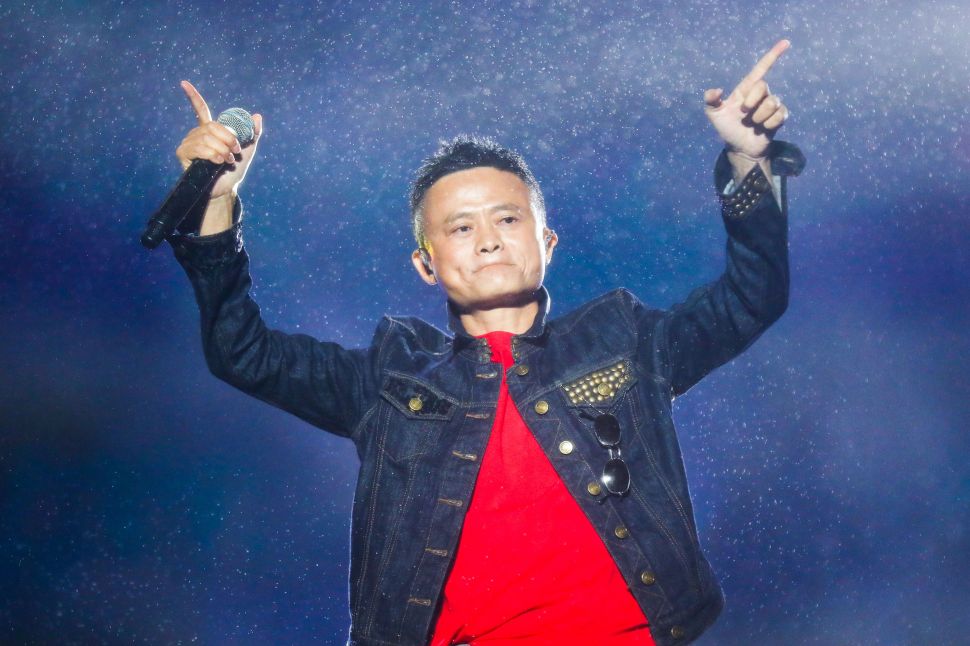