On Tuesday, Amazon finally confirmed last week’s heated speculation that the company would be splitting its second headquarters into two separate cities when it officially announced Long Island City in Queens, New York, and Arlington, Virginia, as the sites for what has become known as “Amazon HQ2.”

From a population density perspective, New York City was probably the last place on Amazon’s list that was dying for a boost of 25,000 jobs and four-million square-feet of new office spaces. It’s true that New York is the world capital of finance, media and educational resources—and it doesn’t hurt that New York has the country’s best tech talent pool, according to a recent Amazon HQ2 analysis—but the city is also notorious for crowdedness, overly dense office buildings and a much-maligned public transportation system.

Many New Yorkers are already upset about Amazon’s pending arrival, worrying that an infusion of new workers will push home prices and rents up through the roof and further paralyze the transit system.

“We’ve been getting calls and outreach from Queens residents all day about this. The community’s response? Outrage,” New York Congresswoman-elect Alexandria Ocasio-Cortez tweeted two hours after Amazon made the announcement.

“As a former Queens resident myself (Astoria), I can confirm that Long Island City is about the last place in the nation that needs or wants an Amazon headquarters,” another person tweeted.

We’ve been getting calls and outreach from Queens residents all day about this.

As a former #Queens resident myself (Astoria), I can confirm that Long Island City is about the last place in the nation that needs or wants an #Amazon headquarters. #NYC https://t.co/rKnjtYKZHk

According to an analysis by New York real estate platform Localize Labs last week, the Long Island City neighborhood is already laden with many residential and transit problems.

Newton Creek, a 3.5-mile waterway near the southern border of Long Island City, is contaminated with pesticides, metals and other chemicals thanks to its formative days as New York City’s epicenter of petroleum refining. The area won’t be completely cleaned up at least until 2029, but an influx of residential housing is already under construction to attract new residents.

Per data compiled by Localize Labs, nearly 2,000 of the new apartments currently under construction in Long Island City are in New York City’s 100-year flood zone, meaning there is a one percent risk of flooding each year.

Long Island City has the highest number of parking complaints among New York City’s five boroughs. Between September 2017 and September of this year, the neighborhood received more than 4,000 parking-related complaints, an analysis showed, including blocked crosswalks, fire hydrants and bike lanes.

What’s more, the number of complaints has also been rising at a record pace over the past five years, thanks to a boom of commercial and real estate construction.

No Place For Bikes

Long Island City has 40 Citi Bike stations. But, partly as a result of the parking issue, it’s hard for cyclists to move around or find a place to park in the area. Over the same September 2017 -September 2018 period, cyclists in the neighborhood filed 4,230 complaints about cars blocking bike lanes. Some busy crossroad locations saw more than 70 complaints in a year.

The No. 7 line (going between Manhattan and Queens) and the G train (between Brooklyn and Queens) are notorious for delays and low service frequency. The situation is expected to improve in the coming years as the No. 7 gets a new signal system and additional train cars with more frequent service are added to the G. However, the G train’s extra service capacity was designed to fill the need left by the L train shutdown, not to accommodate new commuters brought in by Amazon. 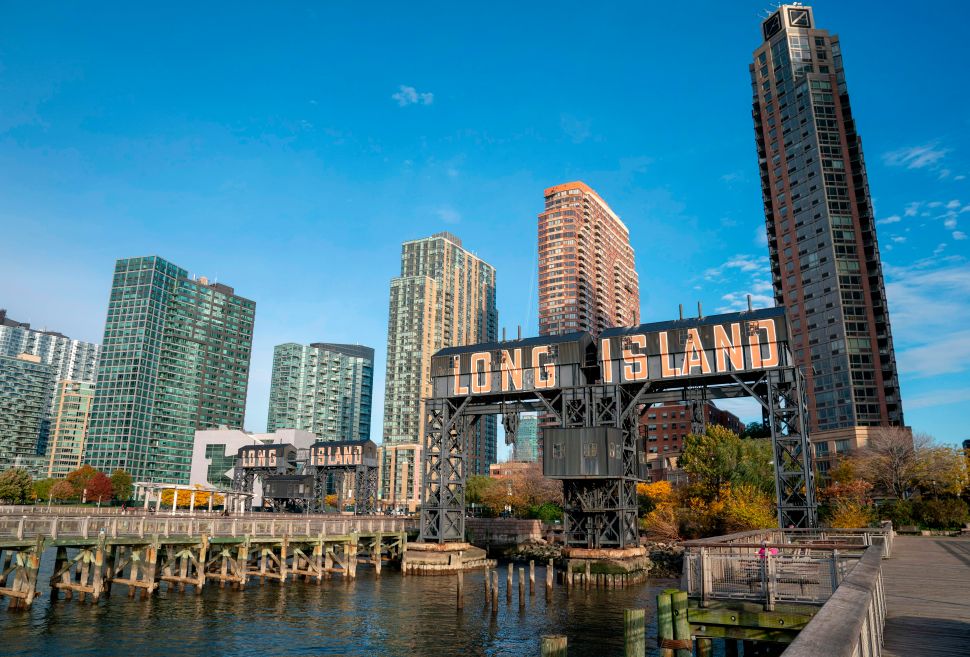