Warner Bros. doesn’t need Aquaman to be a hit. The studio would be one of the most successful outfits in Hollywood without releasing its latest superhero adventure. A Star Is Born (which has earned $353 million), Crazy Rich Asians ($236 million), The Meg ($527 million) and Ready Player One ($582 million) all outperformed worldwide expectations this year, and while Fantastic Beasts: The Crimes of Grindelwald is faltering stateside, it’s making a killing overseas ($322 million internationally in just 10 days). But because WarnerMedia is a publicly traded company, shareholders like the safety of big-budget superhero tentpoles and the rich returns they can deliver. Thus, Aquaman needs to succeed to help keep the DC Extended Universe alive.

Ever since Justice League flopped, DC Films has made it a point to course-correct. New leadership has been installed that is willing to experiment within the genre; Teen Titans Go! To the Movies proved that the studio is self-aware in the face of past mistakes; and a pair of exciting trailers dominated this year’s San Diego Comic-Con. If Aquaman knocks it out of the park, it’ll serve as an extra-innings comeback victory for the beleaguered brand.

But what constitutes as a home run for star Jason Momoa and company? Based on the first wave of official social media reactions from critics, it sounds like Aquaman is rock-solid fun, but perhaps not full-blown great. Some critics we spoke to who have seen it compared it to the first Thor film, praising director James Wan’s creative visual design while also acknowledging its crowded plot. Overall, though, it sounds like a surefire winner.

You can check out the collection of reactions for yourself below.

I’ll take some heat for this, but #Aquaman is the best Marvel movie that DC has made. That doesn’t mean it’s exactly like that formula, but it feels like a film that knows what it is, what it’s selling and who it’s selling to. There’s no identity crisis here.

Short & sweet reaction to #Aquaman is that I loved it. It’s a comic book movie through & through with great action, iconic moments & visual spectacle to spare. Momoa makes the character his own & Wan honors the traditional aspects, but elevates it to the modern era. It’s a blast.

#Aquaman is AWESOME & absolutely delivers! Not only is @prideofgyypsies the King of Atlantis, but also the newly crowned King of the DCEU! 🔱👑 I can't wait to see it again! pic.twitter.com/boVAKdcNIA

The world is visually incredible. Jason Momoa as Arthur Curry is a total bad-ass. @yahya and @patrickwilson73 stand out! pic.twitter.com/2IvDCEq7VU

There were moments where I felt #Aquaman might be running a little long but it has SO much to unpack in building its own isolated world.

Movie isn't out yet but I want more from Wan, Momoa, & co.

I can finally share some brief thoughts on #Aquaman. Can't mention plot or technical stuff, so I'll just say that Jason Mamoa is charismatic as hell in the lead and the film gives off a fun fantasy vibe 👌 Doubt anyone will mock Aquaman for talking to fish after this comes out. pic.twitter.com/EFpPJ3enmq

Aquaman is a breathtakingly beautiful, weird, badass, FUN idea of a modern superhero fantasy (anime) and makes zero apologies. Second half's one cheer/laugh after another.

Imagine '80s Schwarzenegger starring in "Hideo Kojima's AVATAR" and you're most of the way there. #Aquaman pic.twitter.com/nmZYjcUm5q

Excited I can now say how much I enjoyed #Aquaman! It's a cool adventure built on some tremendous action sequences and set pieces, with a great hero arc/performance from Jason Momoa as the glue. There's fun world building, and it looks wonderful. A great step for the DCEU. pic.twitter.com/Z5iPdilMIR

Aquaman is a big, fun, wild ride. It’s unabashedly melodramatic and over the top with the largest, most ambitious sense of scale imaginable. Parts of it are kind of bad but they are not the majority and, oddly, still fit in with the cartoony tone. 2nd best DCU movie. YEEEAAHH! pic.twitter.com/3GLlK3uQJ3

Saw #Aquaman before thanksgiving and had a week to think about it. It's flawed, but fun. Momoa and Patrick Wilson are absolute gems. Most of all, the movie is just flat out insane. I can't believe how big, creative, and crazy it gets. Gotta see it again! pic.twitter.com/m2oRbHVtu9

🔱 #Aquaman is better than expected. Feels like a Marvel phase one movie, in a good way. It’s at its best when it’s having fun and not taking itself too seriously. Black Manta is great villain that comic book fans will love. Some truly spectacular one shots and good action. pic.twitter.com/aTnc1QWk66

It’s too early to tell how these reactions will translate to Aquaman‘s Rotten Tomatoes score, an overblown metric that has unfortunately become inexorably linked to superhero films. The film’s full review embargo lifts Tuesday, December 11, ahead of early screenings on December 15 and a national rollout on December 21. We’ll know more about it then. 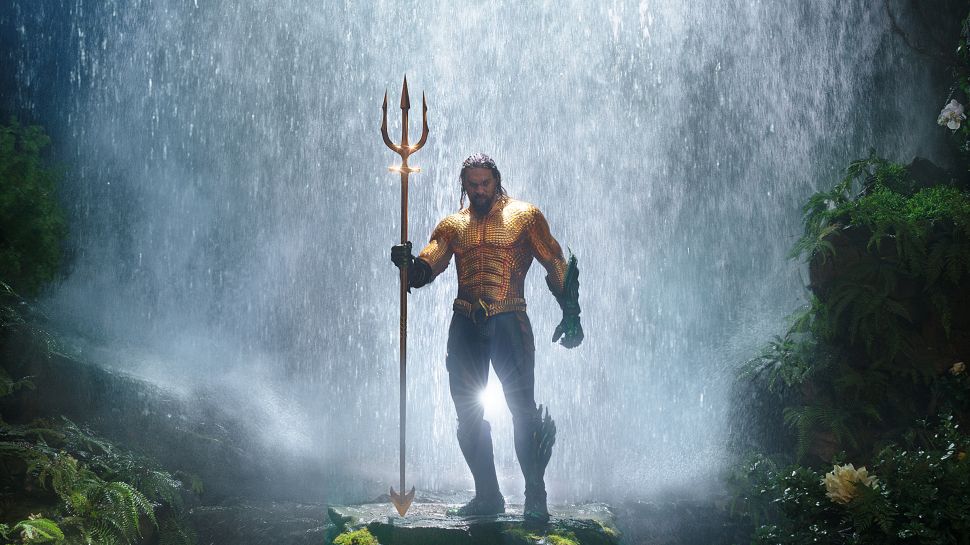