As we all know by now, half of the universe’s population was wiped out in Avengers: Infinity War—including several marquee heroes—when Thanos kicked off the Snapture. And as we also all know, there’s simply no way that most of those key figures are going to stay dead; Marvel likes making money too much. Exactly how these heroes will be revived has been a source of great speculation, with grand theories delving into every nook and cranny of the Marvel Cinematic Universe. And just recently fans were gifted with another morsel of information to add fuel to the fire.

Last week, actor Frank Grillo—who played Crossbones in Captain America: The Winter Soldier and Civil War—confirmed that Avengers 4 (which is likely going to be titled Avengers: Annihilation, by the way) will feature flashback sequences. This lends credence to the dozens of theories out there rooted in time travel. Further bolstering this line of thinking is the recent reveal that Tilda Swinton’s Ancient One will also be appearing.

Executive producer Michael Grillo spoke at a panel at the Austin Film Festival alongside Avengers screenwriters Christopher Markus and Stephen McFeely. Grillo said that “when we got Tilda Swinton, she was just a one-day availability,” SuperBroMovies reports.

Hmm, interesting. Unlike the heroes who got dusted, both Crossbones and the Ancient One died before Thanos ever showed up, so their deaths likely won’t be undone. But it is possible that the Ancient One could offer some key piece of advice to Doctor Strange (Benedict Cumberbatch) regarding how to defeat Thanos.

What’s that you say? Doctor Strange is also dead, thus, can’t commune with Swinton’s badass sorcerer? Not so fast.

The Ancient One reveals she cannot see beyond her death in Doctor Strange. Assuming that magical logic applies to all sorcerers, then if Strange dies, he would never be able to see the conclusion to the 14.2 million alternate realities he witnessed in Infinity War.Plus, he remained in astral form when his body was temporarily dead in his own movie, meaning that he can still exist separate from his physical form.

There’s a good chance he’s floating around out there somewhere, maybe even in the Quantum Realm (perhaps that’s how Ant-Man is rescued). Even if he isn’t, there’s a good chance that the Ancient One’s appearance—whether by time travel, dream sequence, soul stone, etc.—will play a pivotal role in helping to defeat Thanos. The fact that Grillo confirmed flashback sequences and that rumors coming out of the Avengers film set have all suggested as much for months implies some Time Stone trickery. In other words, watch your back, Thanos. 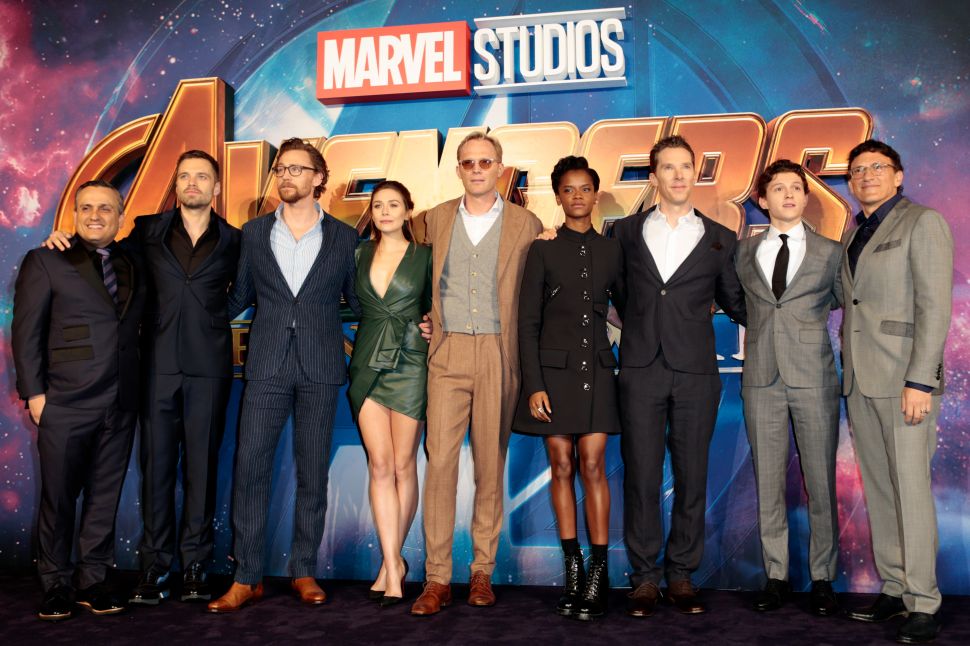