On Tuesday night, The Hollywood Reporter reported (sorry) that Breaking Bad creator and showrunner Vince Gilligan was working on a two-hour movie set in the same universe. Details are scarce, but Gilligan will write, produce and possibly direct the feature that will “follow the escape of a kidnapped man and his quest for freedom.” According to /film, the movie will be a sequel to the original series that follows Aaron Paul’s Jesse Pinkman as he escapes the events of the gripping final season. Paul, you may remember, won three Emmys for his work on the show.

Beyond that, we have no idea what to expect from a Breaking Bad movie, which is believed to be heading to the small screen (the series is one of the most profitable endeavors in Sony Entertainment history, for what it’s worth). But as fans, we know exactly what we want to see. And if the movie trailer hints at hitting those main points, you better believe we’ll be marking our calendars for the release, be the critical reception good or bad. So without further adieu, here’s Observer’s ideal version of the first Breaking Bad movie trailer that, if done right, would basically be a sure bet for hooking the hordes.

Jesse Pinkman’s final appearance in Breaking Bad sees him speeding away in a car, maniacally laughing at his break to freedom. His car lights illuminate the dark and unknown road ahead.

We finally got the son of a bitch.

Yeah, but he isn’t the only one we need. This isn’t going to end here.

The camera cuts to Jesse a few days later walking into a convenient store, where the news is playing on television.

The death of the drug kingpin known as Heisenberg, whose family has been placed in Witness Protection, has created a power vacuum in the Southeast drug market, spurring worries from authorities over a growing turf war. Meanwhile, Heisenberg’s alleged partner still remains at large.

Jesse shaves his scraggly beard and finds clean clothes. Another quick cut sees him outside Brock’s house. One last quick cut sees them both in the car, basking in sunshine as they head down the highway to destinations unknown.

Int. Mall. Daytime. The camera follows Jesse over the shoulder as he approaches a Cinnabon. A distracted employee is behind the counter.

(Without looking up) Hello, how can I help you?

Another cut. Jesse, Brock and Saul are in a hotel room.

We need to help them.

Kid, you need to help yourself and stay out of this.

A knock at the door. Somewhere far off, the floating voice of Walter White speaks to the audience.

(Voice over) I am the one who knocks.

Cut to black. Fade up on Skinny Pete and Badger.

Yo, Jesse, man! We totally thought you were dead!

Yeah, man, where ya been? Yo, you should totally join our band now that you’re back!

End game: Show us Jesse Pinkman rebuilding his life, give us some closure on Walter White’s family and at least let us think there’s going to be a compelling conclusion to the open-ended final appearance of a beloved TV character. 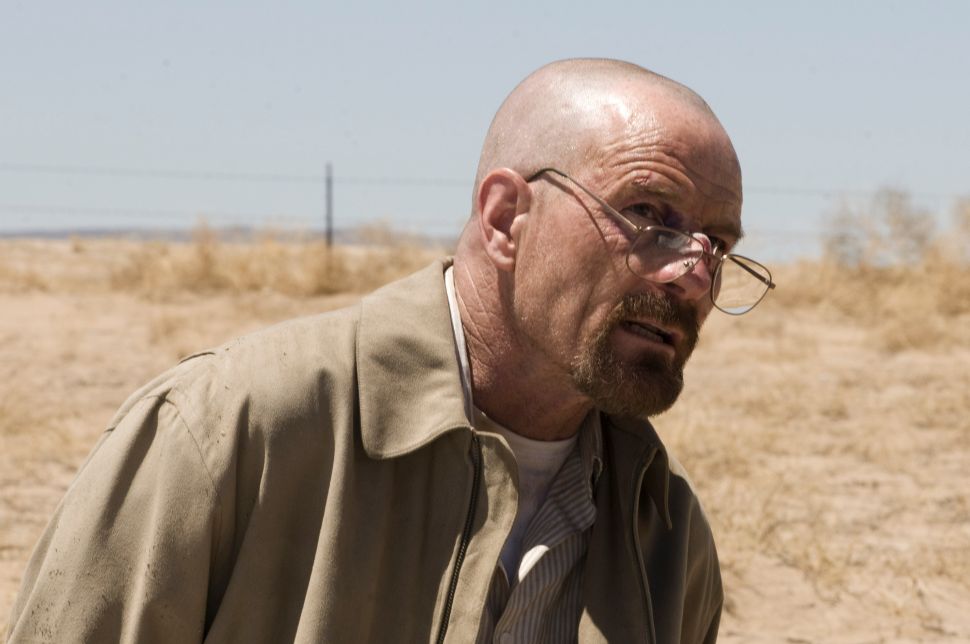