The drama between the White House and CNN may enter the courtroom.

On Tuesday, the cable news juggernaut announced a lawsuit against the Trump administration over its decision to pull reporter Jim Acosta’s press credentials following a confrontation with the president.

“This morning, CNN filed a lawsuit against the Trump administration in DC District Court,” said CNN’s president Jeff Zucker in a statement. “The White House has violated CNN and Jim Acosta’s First Amendment rights of freedom of the press and Fifth Amendment rights to due process. We are demanding the immediate return of Jim’s White House credential.”

This morning, CNN filed a lawsuit against @realDonaldTrump and top aides. The White House has violated CNN and @Acosta's First Amendment rights of freedom of the press and Fifth Amendment rights to due process. Complaint: https://t.co/43oX6L8xA7 pic.twitter.com/RvJ0Cgh6oi

The US Secret Service just asked for my credential to enter the WH. As I told the officer, I don’t blame him. I know he’s just doing his job. (Sorry this video is not rightside up) pic.twitter.com/juQeuj3B9R

CNN’s decision to include the agent in its lawsuit appears to contradict earlier sentiments Acosta expressed on Twitter. When his access was revoked last week, the reporter shared a video of him handing over his badge to the agent who is listed in the lawsuit as “John Doe.”

“As I told the officer, I don’t blame him,” tweeted Acosta. “I know he’s just doing his job.”

Shortly after CNN announced its lawsuit, the Trump administration issued a statement accusing CNN of “grandstanding.”

“The White House cannot run an orderly and fair press conference when a reporter acts this way, which is neither appropriate nor professional,” wrote the White House comms department. “The First Amendment is not served when a single reporter, of more than 150 present, attempts to monopolize the floor. If there is no check on this type of behavior it impedes the ability of the President, the White House staff, and members of the media to conduct business.” 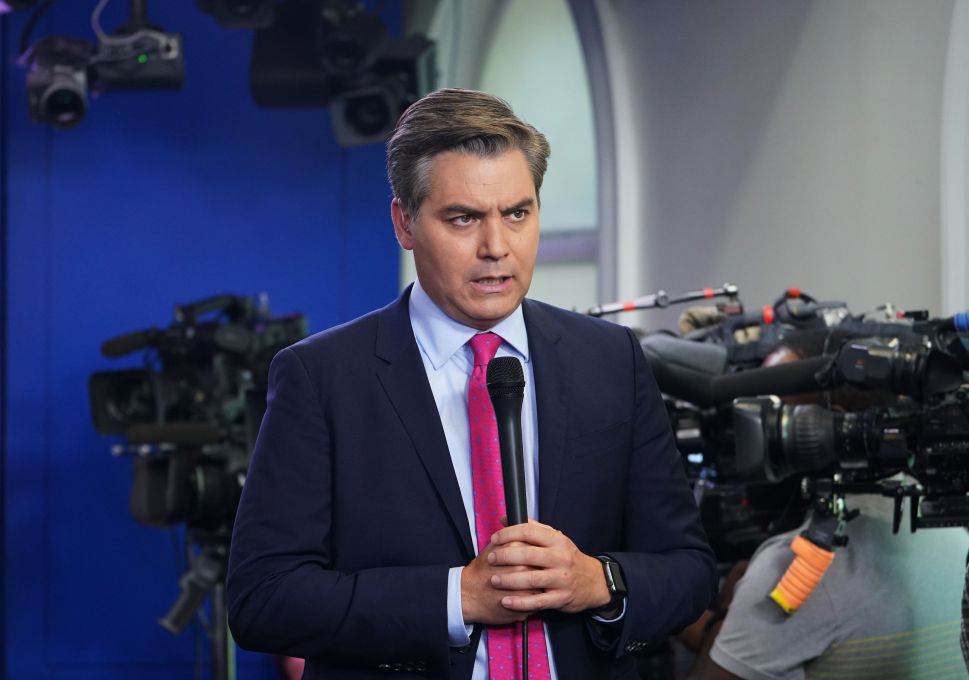