Ever since the 1976 original hit us as hard as a blow to the jaw, the Rocky franchise has been a touchstone of American pop culture. The Best Picture–winning film owes much of its success to Sylvester Stallone’s cleverly simple script, which tapped into the mythos of the American Dream: With hard work and sheer force of will, you can do the impossible. Across six installments, its titular boxer has repeatedly cast the spotlight on the underdog while allowing audiences some exhilarating wish fulfillment. And for the most part, it has all been quite glorious.

But as Rocky Balboa lives on as an integral part of the terrific Creed franchise, his continued existence raises the question of when a story should finally end. Creed II just enjoyed a fantastic $56 million opening over the Thanksgiving weekend against a $50 million budget. The Steven Caple Jr.–directed sequel is well on its way to becoming a mini-blockbuster just like Ryan Coogler’s first effort in 2015. However, that doesn’t mean that star Michael B. Jordan should carry on as Adonis “Donnie” Creed for decades like Stallone has done with his iconic character. Instead, Creed III should wave goodbye to Donnie and tie up an improbably great spin-off series.

Various elements can come to define a film franchise—memorable characters like John McClane’s everyman hero in Die Hard or the groundbreaking special effects and stunt choreography of The Matrix trilogy immediately come to mind. But what makes a franchise really compelling is a strong arc for its protagonist. As the Rocky franchise spilled ever onward, its thread began to unravel as the stakes continued to grow (Rocky ends the Cold War!), but the Creed series has a chance to complete Donnie’s journey and go out on a high note.

The first Creed, as The Ringer’s Jonathan Tjarks notes in this poignant deep dive, is very much a story about a boy growing up without a father. Due to Apollo Creed’s death in Rocky IV, Donnie never gains a true understanding of where he came from or what his place in the world is. Without that assurance of identity, the character seeks validation from others—hence why he turns to boxing, which also connects him to his dad. Despite his age and success, Donnie is very much a child trying to prove to himself that he isn’t a mistake. He is struggling to believe in his self-worth.

Though the character makes great strides in Creed, he never fully confronts the issues surrounding his loss. Instead, he buries them until Viktor Drago (Florian Munteanu)—the son of Dolph Lundgren’s Ivan Drago, who killed Apollo Creed in the ring in Rocky IV—drags them out when he challenges our hero for the championship belt.

Creed II isn’t as good as Creed; its script is serviceable but not spectacular, and the fight scenes, while exciting, do not thrill like Coogler’s did. There’s less nuance, and the energy just isn’t the same. Still, it is a solid movie that further cements Jordan as a star, and that’s mostly because of how he portrays Donnie’s personal development. This time around, Donnie is not only attempting to avenge his father, but also trying to let go of his own anger over his absence as he himself becomes a first-time parent. (The other thing Creed II does well is paint the Dragos as worthy antagonists without ever making them the “bad guys.”) By the end of the film, he’s assumed a position his father was never able to with him.

That sets up the obvious and logical next chapter in Creed III: After defeating whichever villain shows up, Donnie should do what Apollo and Rocky never could and step away from the ring entirely. He should prioritize his family over his fame. He’s already achieved everything there is to gain in this sport, so why not redeem the sins of both his father and surrogate father (Rocky) by becoming the dad neither of them ever could be and walking away while he’s still on top? The art of letting go is something Donnie’s predecessors could never master.

This would result in a three-film arc that serves as a definitive allegory for growing up, finding inner peace, accepting responsibility and putting our loved ones before ourselves. The entire narrative would come full circle in a way that echoes Rocky‘s previous themes. Jordan would be wise to rethink his plans to star in an open-ended four to five films and opt for a standout trilogy instead.

The Creed series will never be as iconic as the Rocky franchise, but it does have the opportunity to offer something the latter never did: a satisfying sense of finality. 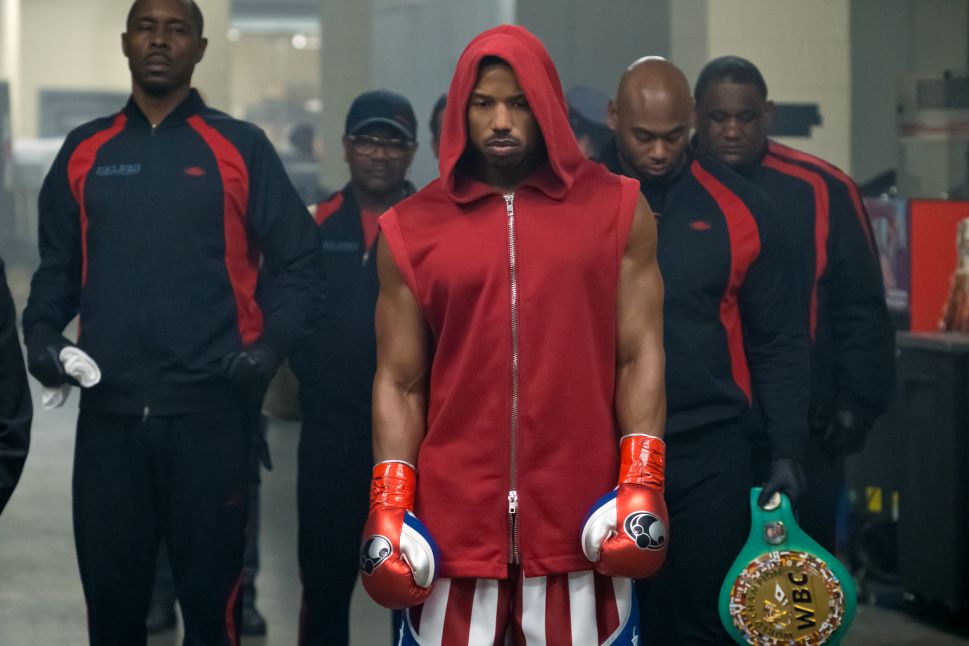