Democrats now fervently believe that the White House is infected by illicit Russian influence since Donald Trump moved in almost two years ago. Democrats are ignoring that this isn’t the first time this has happened.

A new poll indicates how far left-wing paranoia has run recently. When asked if “Russia tampered with vote tallies in order to get Donald Trump elected,” 67 percent of Democrats indicated that was “definitely true” or “probably true” while a mere eight percent said it was “definitely not true” (compared to 54 percent of Republicans).

One problem: While there is overwhelming evidence that Russian intelligence interfered with our 2016 election in terms of espionage and propaganda, venerable Kremlin spy techniques they term Active Measures speeded up for the online age, there’s zero evidence that Russians manipulated any vote tallies in 2016. Our Intelligence Community has examined this touchy subject closely and found, well, nothing. As an NSA official told me recently, “There’s just no ‘there’ there, no matter what MSNBC says.”

Some of this is more Kremlin manipulation. Putin’s spies exuberantly exploit fissures of every ideological variety. Moscow’s propaganda outfits breathlessly push far-right and far-left talking points at the same time: anything to mess with our easily exploited heads. Americans who love to point out that Putin’s online propagandists push the Alt-Right are less eager to state that they also back Black Lives Matter. The Kremlin wants chaos, and what creates doubt in democracy better than a loss of faith in the integrity of our elections themselves?

Moreover, some of the most beloved figures in the “Resistance” are themselves tainted, making them dubious messengers. Take Maxine Waters, the longtime California congresswoman with a questionable ethical track record, who has reinvented herself as one of Donald Trump’s top critics, memorably denouncing our 45th president as “Putin’s apprentice.”

This was met with guffaws from veteran American spies, who remember when Waters was a notorious purveyor of Kremlin lies herself. Back in the 1990s, she was a vociferous critic of U.S. spy agencies, the CIA especially, blaming it for countless ills in America’s inner cities. Black America was ripe for Muscovite manipulation, and Kremlin spies concocted disinformation to stoke racial resentments. The KGB’s notorious mid-1980s Active Measure, which claimed that the Pentagon created the AIDS virus, a total fabrication, nevertheless put down deep roots in certain quarters. Rep. Waters aided and abetted this ugly Russian lie, which lingered for years after the Cold War ended.

Just as bad was her pushing of the equally ludicrous fiction that the CIA was responsible for the crack epidemic that gutted our inner cities in the late 1980s and early 1990s. In Congress, Waters repeatedly hammered our spy agencies with unsubstantiated allegations that the CIA was really America’s biggest drug dealer, demanding that the Justice Department investigate her claims.

They did and Bill Clinton’s Justice Department after painstaking investigation discovered that “CIA deals crack” was a complete fabrication being pushed by left-wing opponents of our Intelligence Community (the Kremlin has kept pushing this fraud for decades). This did not deter Rep. Waters, who continued to denounce American spies as criminals without any evidence for that claim—just as President Trump has done in office.

Also relevant is the case of Vice President Al Gore, whose ties to the Kremlin and its spies are documented yet caused no stir in the mainstream media. In 1996, the investigative journalist Ed Epstein published his book, Dossier, on the controversial industrialist Armand Hammer. Epstein exposed not only that Hammer, an immigrant from the Soviet Union, had worked for the KGB for most of the 20th century, but that Hammer’s main protégé in Washington, D.C., was Senator Al Gore, Sr. The billionaire Hammer subsidized the elder Gore for decades and seemed to play a significant role in the rise of Senator Al Gore, Jr. as well.

This was known to U.S. counterintelligence long before Epstein’s book went to press. That Hammer was in bed with the Kremlin was no secret in Washington, and it raised eyebrows when Al Gore, Jr., then a House member, invited the controversial industrialist to President Ronald Reagan’s 1981 inauguration as his personal guest. When Hammer attempted to get a photo-op with the new president, Reagan pointedly withdrew his hand, since he had been briefed on Hammer’s KGB’s connections.

Questions about the Gore-Hammer relationship lingered, especially after the latter’s 1990 death, though the mainstream media declined to look seriously into the case through the eight years when, as Bill Clinton’s vice president, Al Gore, Jr. was in the White House. When Gore ran for president himself in 2000, the MSM asked a few questions but never pried into the Democratic nominee’s Kremlin linkages via Hammer. The New York Times published a piece about the questionable Gore-Hammer business relationship, illuminating that both Gore Sr. (whom the FBI once wanted to prosecute as a Soviet agent) and Jr. repeatedly helped out Hammer in Washington in exchange for sweetheart deals and cash, without once mentioning the KGB.

Russian media was less incurious. Just one month before our presidential election, the Russian press agency Ekho Moskvy ran a sensational piece. Duma deputy Aleksei Mitrofanov demanded Russia’s Federal Archive Service provide him with any documentation they possessed regarding the secret relationship between Armand Hammer and Albert Gore, Sr: “I already have this information. My purpose is to get it officially,” Mitrofanov stated.

The Duma deputy wanted to illuminate “the mechanism of supporting Armand Hammer and Albert Gore, Sr. by the Central Committee of the Communist Party of the Soviet Union…they were financing Gore’s coming out against the Vietnam war,” Mitrofanov said, “as well as his assistance in closing an FBI investigation against Hammer.” He continued: “All this is very interesting, especially in connection with the ongoing presidential campaign in the United States…the incumbent President [Clinton] also started his political career on money given by Hammer or, in fact, on Soviet money. Everybody knows that Hammer got his most profitable contracts in the Soviet Union from Politburo decisions.” Mitrofanov concluded by stating that Albert Gore, Jr. also started his career on Hammer’s shady money.

Follow-up came three weeks later, on October 25, 2000, when the Duma deputy spoke to the Moscow news agency Interfax about his request to the Russian archives in the matter of Hammer and the Gores. Mitrofanov stated he had received information, as requested, but he would not be disclosing what he had learned: “This document is classified and the deputies who would like to read it may do so in exchange for a written statement promising not to disclose its content.”

These strange events were reported in the Russian media (the Interfax story ran in English too) but made absolutely no impact on the U.S. media, even though this was shortly before our presidential election. Since Western journalists watch Russian media closely looking for stories, this silence cannot have been accidental. Even if the Mitrofanov circus was just one more Russian disinformation game, that was worth reporting. Apparently secret Kremlin connections with the White House are only interesting to our media when they involve Republicans. 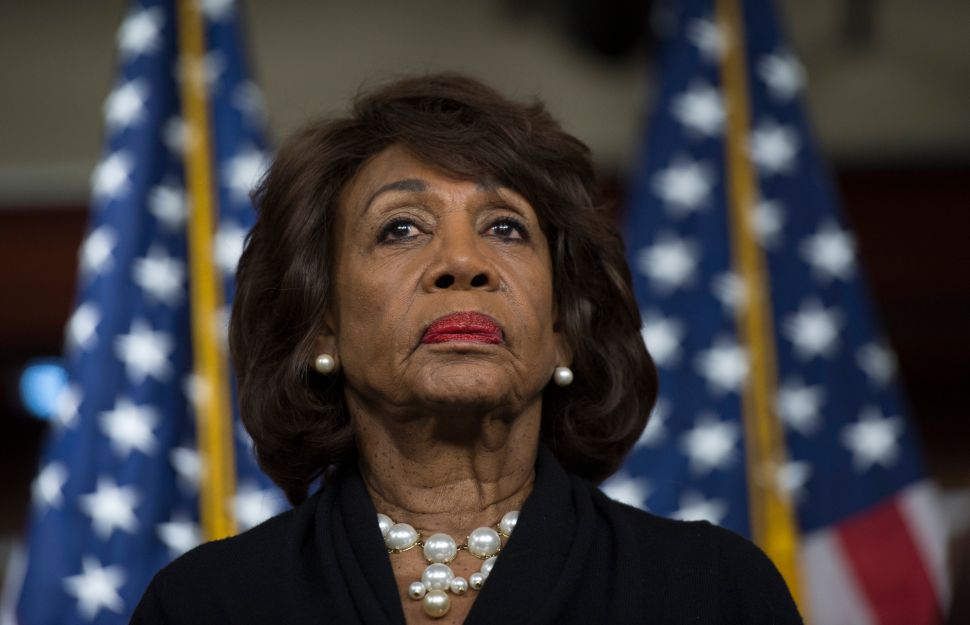