“There were no repeated appeals,” continued Peskov, “in fact, we probably would not have responded to those too, because that’s not our job.”

The Kremlin was caught in an apparent lie about Michael Cohen. Putin spox Dmitry Peskov acknowledged today that his office called Cohen in 2016 to discuss Trump Tower Moscow. But Peskov said last year they never replied to Cohen because "we do not react to such business topics." pic.twitter.com/WkmrHCVnxK

But in a surprise Manhattan court appearance on Thursday, Cohen claimed he did have direct contact with Peskov throughout the 2016 election, extending well past the original January date he gave to lawmakers regarding when the Trump Organization abandoned its Moscow ambitions.

Responding to the Cohen revelations, Peskov released a statement with a revised timeline of events.

“[The Trump Organization] sent an email to our office saying that they wanted to develop a project of a Trump building in Moscow, and for that reason asking for a meeting with myself and the then Chief of Staff of the Administration,” read the statement. “Later we called and asked why they wanted to have meetings in presidential administration and explained that we have nothing to do with construction issues in the City of Moscow.”

President Trump, meanwhile, told reporters on Thursday that running a political campaign should not have expelled him from his business endeavors.

“I was running my business while I was campaigning,” the president said before leaving for the G20 summit. “There was a good chance I wouldn’t have won, in which case I would have gotten back to the business, and why should I lose lots of opportunities?” 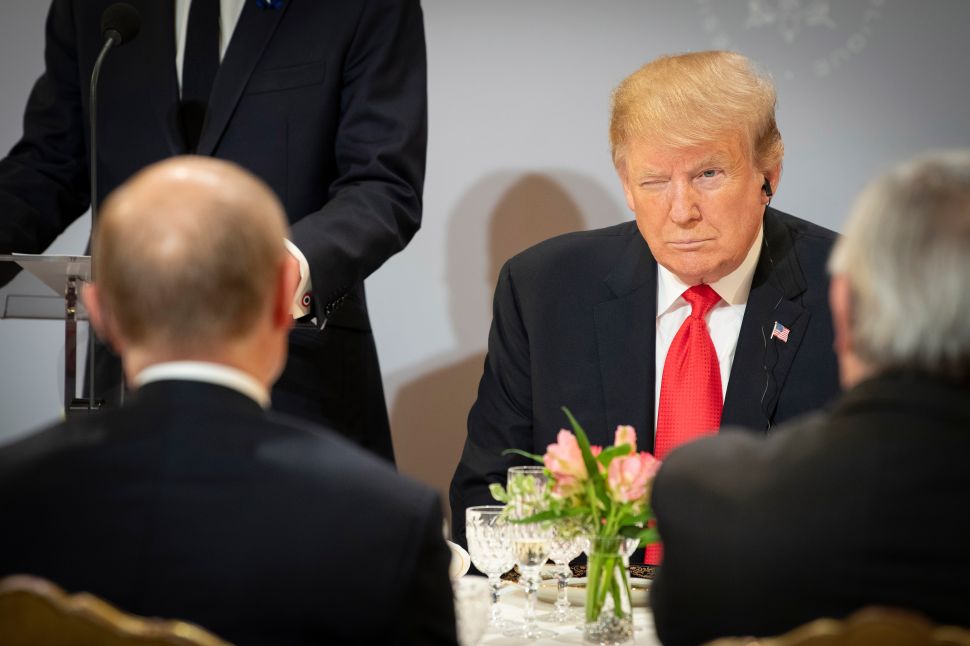