This winter, New York’s Eleven Madison Park will bring its culinary magic to Aspen, when the lauded, Michelin-starred restaurant mounts an exclusive pop-up there.

Cynics may scoff at the idea of the luxe Colorado resort town unveiling yet another champagne-soaked après-ski spot, but EMP Winter House is sure to be a standout. It comes courtesy of American Express and Chef Daniel Humm and Will Guidara’s Make It Nice restaurant group, whose previous collaboration, EMP Summer House in the Hamptons, has proved über successful two years running.

That slightly more casual take on Eleven Madison sprang up in June 2017 and welcomed guests like Alec Baldwin, Scarlett Johansson, Darren Aronofsky and Poppy Delevingne. An Aspen counterpart seemed like the logical next step, as Humm has noted that it’s where many Hamptons-loving New Yorkers holiday in the winter.

EMP Winter House will kick off the festivities December 15 at the St. Regis Aspen, taking over the residency at Chefs Club. Since opening in 2012, Chefs Club has hosted a rotation of visiting chefs who occupy the space for a few months at a time. EMP Winter House will own it through April 6, and well-heeled foodies can book reservations starting November 15.

Guests can request either the indoor private room or enjoy a private dining experience in a “yurt village” in the restaurant’s courtyard. From the yurts, which were specially made in Oregon, they can summon servers by flipping on the Christmas lights at the top of each structure.

But no matter where they choose to eat, diners will need a specific kind of plastic to pay—as you may have expected, this cozy, holiday-friendly party accepts only American Express. And because not every AmEx is created equal, those with Platinum cards can attend an invitation-only event on December 14 to celebrate the pop-up’s launch. They’ll be able to get a first look at EMP Winter House just before it opens its doors to the American Express Green Card–carrying masses. 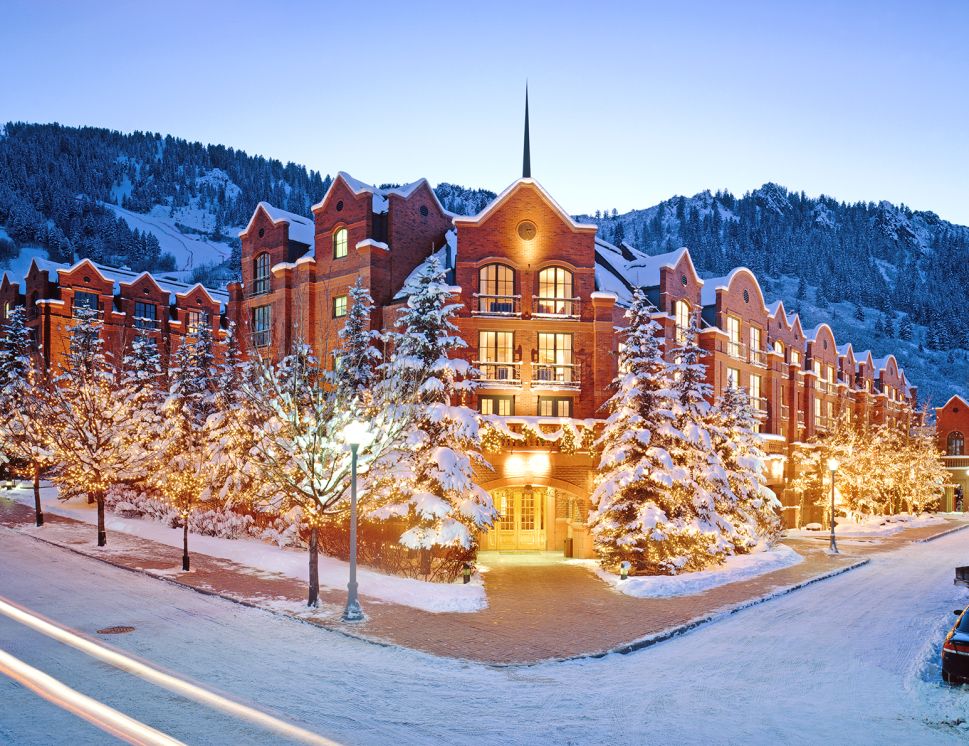