Few U.S. companies have been hit harder by the Trump administration’s ongoing trade war with China (and the rest of the world) than Ford. The Dearborn, Mich.-based carmaker, the only one among the American “Big Three” automakers that survived the 2008 Financial Crisis, is being pushed to the edge of a sinkhole by both floundering sales in key overseas markets and the skyrocketing costs of its new grandiose vision led by CEO Jim Hackett.

In September, Hackett said in an interview with Bloomberg that Trump’s metal tariffs this year (25 percent on steel and 10 percent on aluminum) would cost Ford at least $1 billion in lost profit by the end of 2019, despite the fact that Ford was already purchasing most of its raw metal material in the U.S.

“If it goes on longer there will be more damage,” Hackett said in an interview last month with Freakonomics Radio, which was published on Wednesday. “A trade war will take away the tax cut benefit to our citizens… Two-thirds of the tax benefit could be actually wiped out if we don’t get this fixed.”

Gary Cohn, the now ousted director of the National Economic Council under Trump, expressed a similar concern in June when the president threatened tariffs on Chinese imports. When asked whether a tariff battle could erase the U.S. economic gains from the tax reform at a Washington Post event, Cohn said, “Yes, it could.”

According to an estimate by the Foundation for Economic Education over the summer, the 25 percent tariff on $34 billion of Chinese goods alone could wipe out all of the gains from the GOP tax reform for the manufacturing sector.

Hackett, who claimed he never had to worry about trade issues during his 30 years running Steelcase (a Grand Rapids-based office furniture company) before coming to Ford, admitted that trade had become a top concern for many American CEOs nowadays.

“All I’ve been asking for is that, if you go in and attack this problem, the winning state is a state of equilibrium, not a constant fight,” he said.

Last month, Ford reported that its September sales in China had dropped by 43 percent from a year ago. Although Trump’s China tariffs weren’t the only reason for Ford’s flop—China’s economic slowdown, for example, also played a role—they were a key factor.

The other two automakers in the “Big Three” league, General Motors and Chrysler, are facing revenue challenges due to the trade tensions, as well. But the trade war hit Ford at a particularly bad time and could possibly cripple some of the company’s key longterm efforts.

In late August—in response to Trump’s first round of tariff hike on $50 billion worth of Chinese goods, including automobiles—Ford canceled a plan to import the Focus Active crossover from China to sell in the U.S. The Focus Active was meant to replace the Ford Focus in the U.S. as Ford gradually phases out of making entry-level sedans to focus exclusively on pickups and SUVs.

More importantly, Ford is in the early stages of a massively ambitious—and expensive—transition from a car manufacturer to what Hackett is calling an architect of the “smart city.”

Specifically, Ford aims to redesign the entire transportation system for future city dwellers, which will include roads, sidewalks, parking spaces and, of course, cars.

“Cars and systems will talk to each other. The car obviously is gonna learn to drive itself, but the city transportation grid will mutate around where the cars need,” Hackett shared a glimpse of his city of tomorrow at the CES conference in Las Vegas in January. 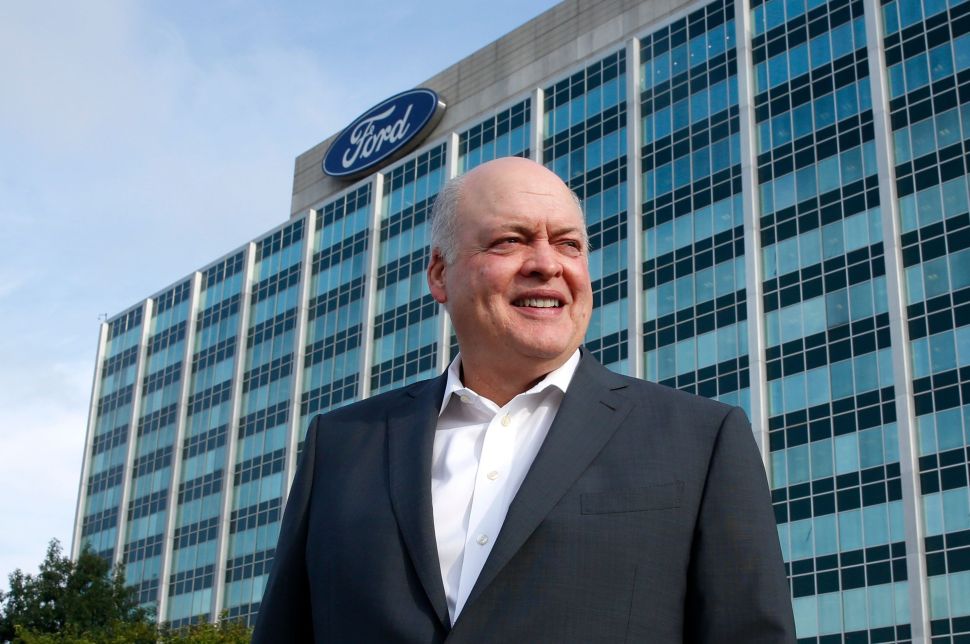