On Tuesday morning, HBO finally confirmed that Game of Thrones would return for its eighth and final season in April 2019. After months of speculation and rumors, fans of the hit fantasy epic can finally begin their official countdowns. Of course, that isn’t the only important detail audiences the world over are hungry for when it comes to Westeros, White Walkers, the King in the North and all things GoT.

Will Jon Snow (Kit Harington) or Daenerys Targaryen (Emilia Clarke) sit atop the Iron Throne? Which long-lost cast members are returning for the remaining episodes? Will the final season hint at any of the prequel spin-offs HBO is planning?

We have so many questions to mull over, but in the meantime, here is absolutely everything we know about the final season of Game of Thrones.

The most recent round of rumors suggested that Game of Thrones season 8 would be pushed back until summer 2019 to the extreme disappointment of millions. Fortunately, however, HBO has confirmed an April 2019 premiere. However, the network has not revealed which Sunday of the month will have the honor of hosting the final season’s premiere. We’ll update you as soon as that information becomes available.

Unfortunately, HBO has yet to release an official trailer, but we did catch a few brief glimpses in its hype video for 2019.

In Entertainment Weekly‘s recent cover story on Game of Thrones, fans were treated to a handful of scrumptious details about the final season, including a sneak peek at an epic battle the likes of which television has never seen.

“Season 8 opens at Winterfell with an episode that contains plenty of callbacks to the show’s pilot,” EW‘s James Hibberd wrote. “Instead of King Robert’s procession arriving, it’s Daenerys and her army. What follows is a thrilling and tense intermingling of characters—some of whom have never previously met, many who have messy histories—as they all prepare to face the inevitable invasion of the Army of the Dead.”

Co-executive producer Bryan Cogman further synthesized the final season’s themes, saying, “It’s about all of these disparate characters coming together to face a common enemy, dealing with their own past, and defining the person they want to be in the face of certain death. It’s an incredibly emotional, haunting, bittersweet final season, and I think it honors very much what [author George R.R. Martin] set out to do—which is flipping this kind of story on its head.”

Sounds like the exact kind of riveting storytelling we’ve come to expect from Game of Thrones.

Sadly, Game of Thrones‘ final season will only feature six episodes as opposed to the standard 10 (Season 7 featured seven episodes). But, on the bright side, each one will be longer than the standard 50 minutes or so, with some approaching feature length. On top of that, HBO is doling out immense resources for its run, with each episode costing at least $15 million. All told, the final season of Game of Thrones will cost about the same as blockbuster movies such as Logan.

Here’s an interesting tidbit: EW‘s cover story says that there are a surprising number of characters set to appear in the series finale that fans might not have expected to see. There are a few fan-favorite characters and flashback characters who wouldn’t be huge surprises, but who else could be popping up?

“I can tell you that there’s definitely a coming-together of people,” Turner said in an interview with Gold Derby. “Everyone is coming together to fight the impending doom. There’s a lot of tension between these little groups, battling for what they think is right. It’s Game of Thrones, so it’s going to be bloodier and more death and more emotionally torturous than all the years before.”

Expect a mix of old and new faces as the final battle commences.

For now, HBO is moving forward with just one of the five Game of Thrones spin-offs in development. The lucky winner, informally titled The Long Night and co-created by Jane Goldman (who will serve as showrunner) and George R.R. Martin, will star Naomi Watts as a “charismatic socialite hiding a dark secret.” The series “chronicles the world’s descent from the golden Age of Heroes into its darkest hour. And only one thing is for sure: From the horrifying secrets of Westeros’ history to the true origin of the white walkers, the mysteries of the East to the Starks of legend—it’s not the story we think we know.” It is expected to arrive sometime in 2020.

Not much else is known about the spin-offs, but our gut tells us that each one might be a miniseries designed to run for one season before the next spin-off takes its place. In this scenario, HBO would be able to mine all of the rich periods of Martin’s fictional history, such as the Doom of Valyria, the Targaryen civil war known as the Dance of Dragons and possibly even Robert’s Rebellion, which took place 17 years before the events of Game of Thrones.

This is all just speculation on our end, but it would be the easiest way to keep the GoT franchise alive while also leveraging popular in-series historical happenings.

Game of Thrones Season 8 will premiere in April 2019 on HBO. 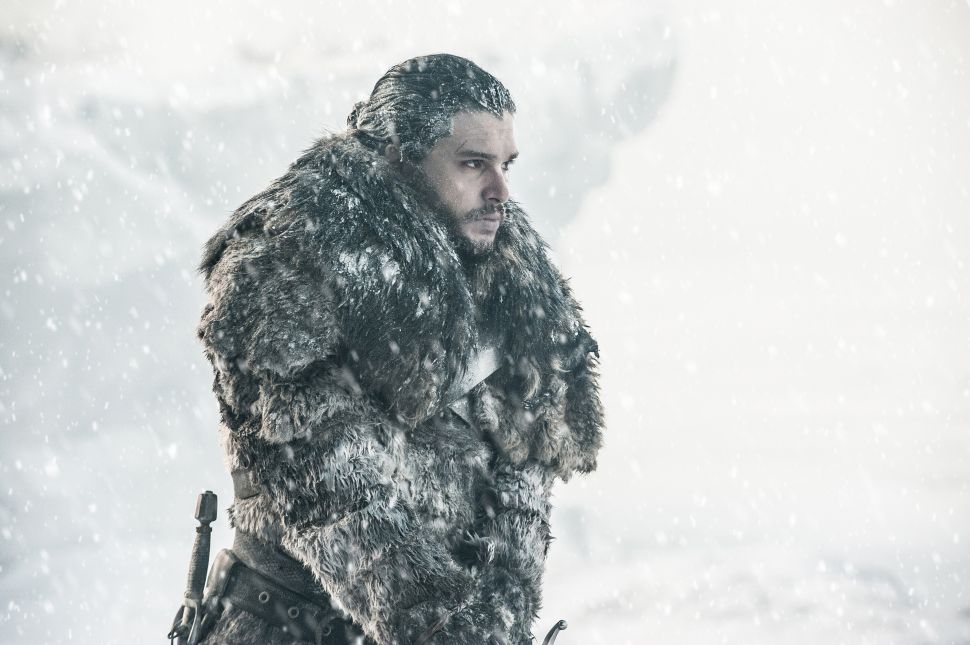