Cast reunions have taken on a somewhat slimier connotation in recent years, with reality television turning the novelty into a staple of pre-finale hype. Yet amidst those blatant grabs for ratings there exist a few pure examples of the time-honored tradition. Case in point: After months of speculation, HBO has confirmed that a Game of Thrones reunion special is on the way. Huzzah!

Entertainment Weekly reports that a special was shot in Belfast earlier this year with host Conan O’Brien helping to bring together the sprawling cast. The reunion even includes actors who have not stepped foot on a GoT set in years, such as Ned Stark himself, Sean Bean.

However, as with all good things in life, there is a catch: HBO will not be airing the special. Instead, the reunion will be included as a bonus feature in a new Game of Thrones complete series home-video box set that will contain Seasons 1 through 8.

With Game of Thrones returning for its supersize six-episode final season in April, fans can likely expect the box set to come out sometime in late 2019. (We gotta admit, after sinking more than $90 million into the final season, it makes sense for HBO to use this strategy to try to sell a few extra goodies.)

According to EW, the cast of the final season was “heavily involved” in the reunion, though we don’t yet know how many past cast members aside from Bean made an appearance. Jason Momoa (who played Khal Drogo and who is currently busy promoting his upcoming superhero flick Aquaman) stopped by the set in Belfast earlier this year, but he’s been known to drop in as a friend and fan and just hang, so that could mean nothing.

In any case, fingers crossed that Ben Hawkey—a.k.a. Hot Pie—makes a cameo. 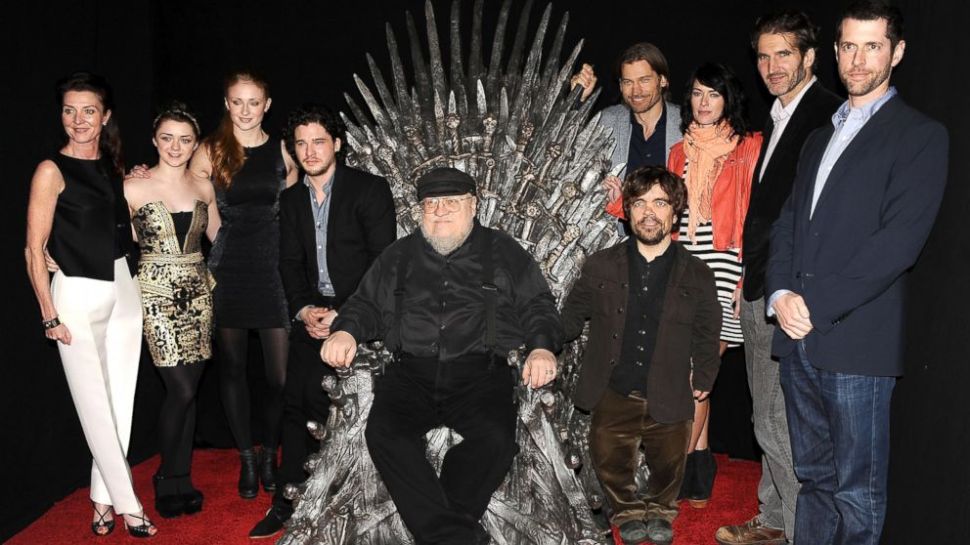