It’s been a difficult seven years since George R.R. Martin published the most recent novel in his A Song of Ice and Fire book series, the basis of which inspired HBO’s Game of Thrones. Since then, fans eagerly awaiting the next book, The Winds of Winter, have had to accept that the show will end its tale before Martin, who published the first book way back in 1996, can tie things up on the page.

In that time, the author has given a handful of cryptic and vague updates about Winds, but there’s still no release date in sight. Now, we can add one more chapter to the ongoing saga, but at least this time Martin confesses to being just as frustrated with the wait as his impatient readers.

“I know there are a lot of people out there who are very angry with me that Winds of Winter isn’t finished,” Martin told Entertainment Weekly. “And I’m mad about that myself. I wished I finished it four years ago. I wished it was finished now. But it’s not. And I’ve had dark nights of the soul where I’ve pounded my head against the keyboard and said, ‘God, will I ever finish this? The show is going further and further forward and I’m falling further and further behind. What the hell is happening here? I’ve got to do this.'”

As fans continue to wait, Martin has expanded his fictional universe with canonical texts such as his upcoming 736-page Targaryen history collection Fire and Blood. He also worked with Jane Goldman to help develop the first of HBO’s Game of Thrones spin-offs while some of his other works have been optioned for the screen (Amazon will unveil a Nightflyer series in the near future).

Still, avid Throne heads may want to consider the harsh reality that The Winds of Winter may never arrive, in which case the TV series would serve as the definitive conclusion to Martin’s beloved fantasy epic. 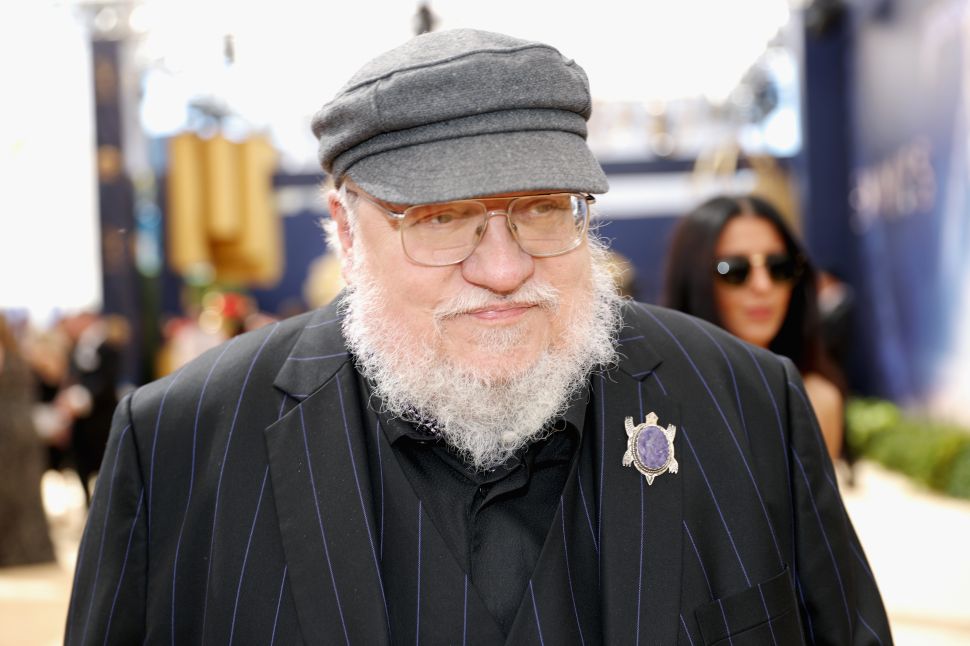