Following its earth-shattering and controversial restructuring plan that involved massive layoffs and plant closures on Monday, General Motors has now started to shuffle its top management in preparation for a new chapter.

The company said on Thursday that, starting next year, its current president, Dan Ammann, would take over as CEO of Cruise, an autonomous vehicle unit that GM acquired just two years ago, as the 100-year-old automaker looks to commercialize self-driving cars.

“These appointments further demonstrate our commitment to transforming mobility through the safe deployment of self-driving technology and move us closer to our vision for a future with zero crashes, zero emissions and zero congestion,” GM CEO Mary Barra said in a statement on Thursday.

GM acquired the San Francisco-based Cruise in March 2016 for more than $1 billion, one of the largest startup deals that year, in a bid to compete with Ford and Alphabet’s Waymo on the emerging self-driving technology.

GM said Ammann, who was already president at the time, spearheaded the Cruise acquisition. And since then, Cruise’s valuation has ballooned to $14.6 billion, largely driven by a $2.25 billion investment from Japanese investment powerhouse SoftBank in May and a partnership with Honda in October to build a new autonomous vehicle.

On the old GM side, CEO Barra will take over some of Ammann’s responsibilities, including GM’s international business and financial function.

In the meantime, President Trump is still deeply upset about GM’s plant closures and layoff plans made public on Monday. He has been chastising GM on Twitter since Tuesday; he threatened to cut all of GM’s government subsidies (which we found don’t really exist) and called General Motors’ downsizing a reversal compared to what other auto companies are doing.

However, some of his supporting facts are dubious. For example, the president claimed that BMW had just announced building a major new plant in the U.S., while BMW said no such plan had been confirmed.

General Motors is very counter to what other auto, and other, companies are doing. Big Steel is opening and renovating plants all over the country. Auto companies are pouring into the U.S., including BMW, which just announced a major new plant. The U.S.A. is booming! 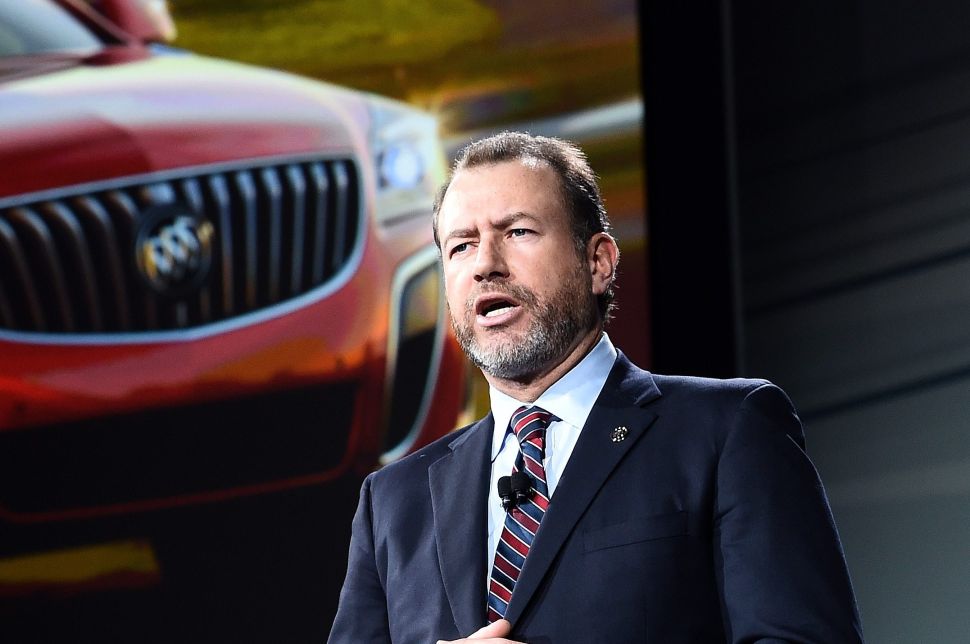