For the new issue of i-D magazine, Harry Styles (One Direction heartthrob, solo artist) interviewed Call Me by Your Name and Beautiful Boy star Timothée Chalamet, and it was…what was it, exactly? A “beautiful gift“?

Sure, if you’re a Styles super-fan (his sensitivity is really on display here). Or if you’re excited to see Chalamet play a struggling meth addict named Nic in his latest film. Was the interview “perfect,” though? Nah.

But first, the highlights: Addiction, Chalamet says, is “an illness that doesn’t discriminate. It knows no race, class or gender. It’s a very human illness that affects a lot of people our age. One of the things I really like about Beautiful Boy is it doesn’t really get into why Nic’s addicted. I think it’s easier for people to think it’s a choice, that when people are addicted they’re on this big party binge and euphoria, when there’s often a big black hole, as Nic would say, or a place of pain.”

Styles is similarly insightful on the subject of his upbringing, telling Chalamet that he “didn’t grow up in a man’s man world. I grew up with my mum and my sister. But I definitely think in the last two years, I’ve become a lot more content with who I am. I think there’s so much masculinity in being vulnerable and allowing yourself to be feminine, and I’m very comfortable with that.”

This conversation between two hot young superstars is fine, but the story is missing a critical element: a professional journalist to ask Chalamet and Styles tough, unsparing and perhaps uncomfortable questions. I like Styles, but his idea of a hard-hitting zinger is asking Chalamet, “Where’s your happy place?”

Yes, daring works of journalism that genuinely challenge the subject are difficult to produce, which is perhaps why so many publications these days elect not to. Commentators on the state of media have pointed out that the industry is in the midst of a reinvention of the rules.

The New York Times writer Jon Caramanica recently mourned the vanishing art of the celebrity profile, a form he argues has been completely perverted due to several different factors. They include the online “hyperdocumentation” of social media that’s rendered behind-the-scenes access largely irrelevant, famous people’s increasing reluctance to speak frankly with journalists (perhaps bolstered by post-9/11 surveillance paranoia) and the willingness of certain publications to let the celebrity completely control their profiles.

There are scores of examples of this phenomenon: Beyoncé’s Vogue cover story this year, for which she contributed brief essays instead of sitting for an interview; Taylor Swift’s Harper’s BAZAAR cover story, wherein she assumed the position of interviewer and talked to model and photographer Pattie Boyd; and now this Styles-Chalamet “conversation”—which is just the latest instance of an editorial team swallowing their pride and agreeing to produce a work of “journalism” that’s entirely journalism-free.

To be clear, when there’s no professional writer in the room, that doesn’t necessarily mean that nothing of value is created. It’s worth mentioning that Styles and Chalamet both seem delightful. The two ask each other thoughtful, if rather milquetoast questions, and spend a lot of time talking about how grateful they are for the lives they lead.

Furthermore, while dissecting masculinity, Styles and Chalamet very sweetly emphasize the importance of being vulnerable. At one point, Chalamet waxes at length about the nature of digital ubiquity. “In the late ’00s, when the Arab Spring happened in Egypt, there was a real optimism around the internet and the possibilities of social media,” he tells Styles. “But in the last three or four years, there’s almost been a second wave of social media where people only hear what they want to hear and they only yell into their echo chamber.” Not bad, Timothée, we see that you’re really well read.

Ultimately, however, what’s going on here is that i-D and Vice are banking on the combined clickability of Chalamet and Styles to rack up page views and subsequently rake in a few more dollars of advertising revenue. It’s an understandable move, but a shame nevertheless. Imagine if a reporter had been around to ask these young, whip-smart, famous men more challenging questions. Instead, we get them chatting in their own little echo chamber. 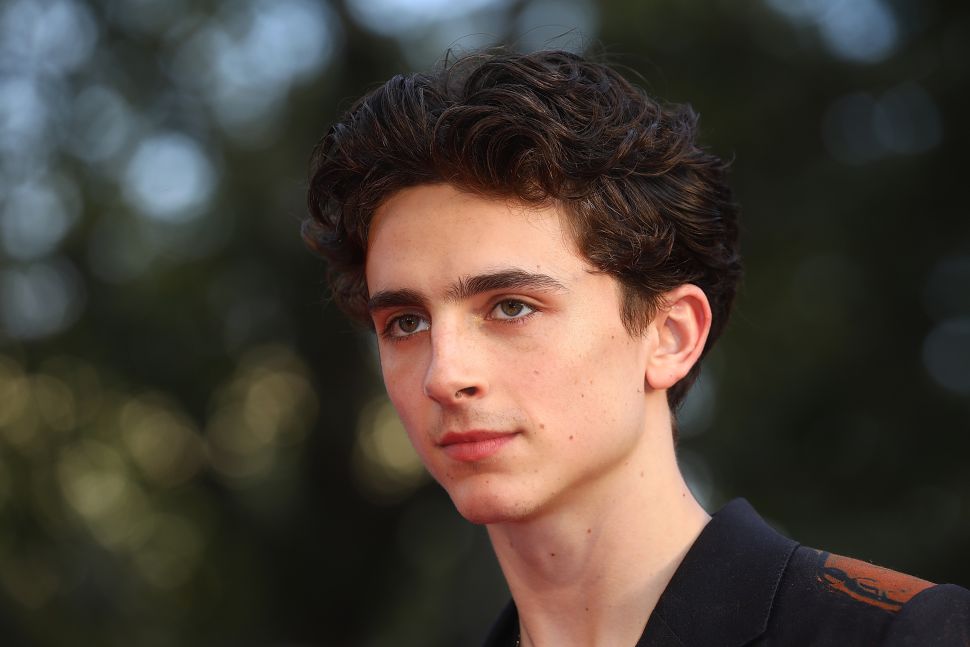