Former One Direction singer Harry Styles is having a harder time selling his Los Angeles home than he did asking his new pal Timothée Chalamet about the meaning of life.

The musician first attempted to off-load the four-bedroom Hollywood Hills West abode for $8.5 million in May 2017, less than a year after he doled out $6.87 million for the place.

Styles didn’t have much luck with that price point, so he took the place off the market in November 2017. It reappeared for a touch under $8 million in February this year, but even that $500,000 discount didn’t reel in a buyer.

Still, the former boy-bander isn’t giving up, as he’s lowered the price down to $7.5 million, as first spotted by Variety.

There don’t appear to be any interior changes, but Styles did make a brokerage switch, from Hilton & Hyland’s Justin P. Huchel to Westside Estate Agency brokers Carl Gambino and Kurt Rappaport.

The 4,401-square-foot pad is hidden behind gates and perched above the Sunset Strip with floor-to-ceiling windows throughout.

The sleek kitchen is equipped with stainless steel appliances, white cabinetry and black countertops, including an oversize breakfast island with black leather chairs. The house also has a formal dining room and a living room with a modern fireplace.

The screening room is furnished with cushy couches and a large flatscreen, while the master suite has a private terrace. There are various lounging areas and a fire pit outside by the pool, plus a cabana.

Styles apparently spends most of his time in London and New York, but he isn’t the only ex–One Directioner attempting to leave the West Coast behind. Zayn Malik is trying to sell his Bel Air spot for $3.5 million. However, Gigi Hadid’s head tattoo–loving boyfriend recently informed British Vogue that there is no love lost between the two onetime bandmates, so we doubt they’re sharing real estate tips.

But both Styles and Malik have made significant purchases in New York recently. Malik paid $10.69 million for a Soho penthouse a few months ago, while Styles scooped up an $8.71 million three-bedroom last year at celeb favorite 443 Greenwich, which happens to be where Gigi’s sister Bella Hadid and the Weeknd are renting a $60,000-a-month triplex. 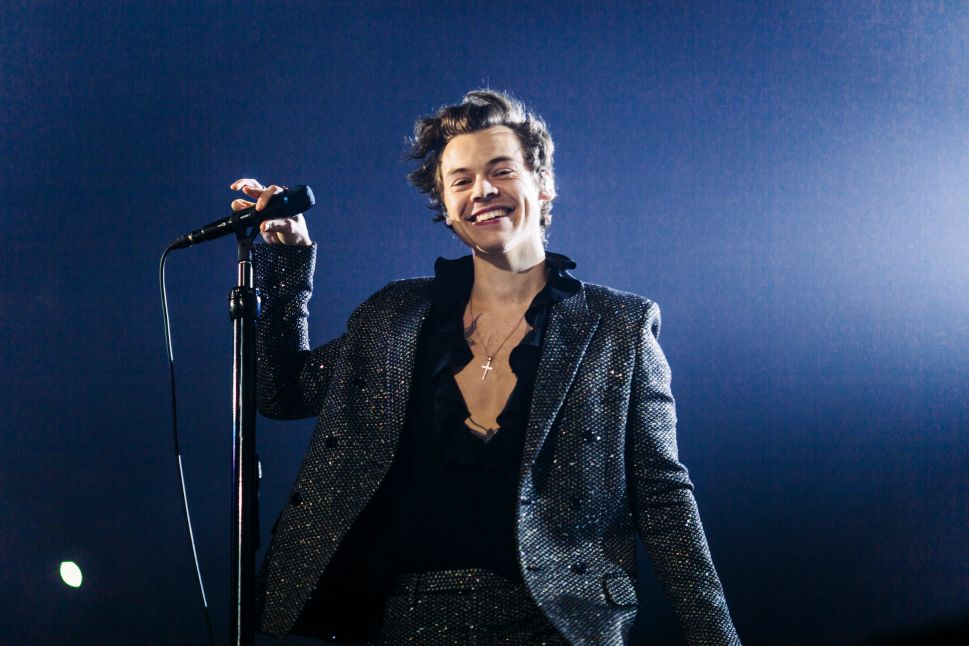