Life changes come to everyone when least expected. In the case of Alzheimer’s, the movie Head Full of Honey by German actor-director Til Schweiger says the only way to face this incurable, debilitating disease is through care, commitment and courage, plus the love of family. It’s an unnecessary re-make of Schweiger’s 2014 German comedy Honig im Kopf, this time in English, starring Nick Nolte. I’m sure everyone involved nursed good intentions, determined to alert people everywhere to the fact that this horrible, deadly disintegration of the brain and body called Alzheimer’s can also be funny. I’m also sure they’re surprised that the result is such a bomb—exaggerated, infuriating, and about as funny as a root canal without anesthesia.

Devastated by the death of his wife, an old retired veterinarian named Amadeus (Nick Nolte, looking 200 years old and not because of makeup) is unable to live alone because of his descent into dementia. So he moves, against his will, from Connecticut to London to live with his banker son Nick (Matt Dillon), daughter-in-law Sarah (Emily Mortimer), and 10-year-old granddaughter Matilda (played by his real-life daughter Sophie Lane Nolte).

The altercations and repercussions begin immediately and drag on forever (a movie about how amusing Alzheimer’s is with a running time in excess of two hours is more than any misguided filmmaker has a right to ask of the most patient moviegoer). Amadeus thinks his dead wife is in the house, so he hides the entire supply of honey for her tea in the barn with boxes and trunks of his other accumulated junk transported from America by a destructive dwarf. He makes long distance calls on a banana, mistaking it for a cell phone. He burns down the kitchen. He opens the door to the refrigerator and pees on all the food. They take him to a restaurant where he smears butter on his face, thinking it’s soap.

After he wrecks the house, he moves on to the English garden. An Alzheimer’s patient with a chainsaw? I don’t think so. But the height of absurdity arrives when, for reasons totally dubious, the granddaughter decides to take him to Venice to rekindle memories of his wedding night. A ten-year-old child who sneaks out of the house in the middle of the night without telling her parents, headed for Italy on a luxury train accompanied by an old man in an advanced state of senility with no money? If you believe that one, there’s this bridge to Brooklyn I can sell you at a phenomenal discount.

There is nary a convincing moment in this fiasco, and although Eric Roberts, Greta Scacchi, Jake Weber and a game cast stumble through the cinematic sludge bravely, nothing really works. The journey is filled with as many contrived adventures as Schweigel and his screenwriters can conjure to pad out the empty plot. On the express train, Amadeus climbs into bed with a blonde passenger and fondles her breast until she screams “Rape!,” then wanders around a terminal in his pajamas, pursued by a flotilla of cops.

Stranded in the Swiss Alps, they meet an improbable American expatriate who fled the U.S. to protest the election of Donald Trump and ended up scrubbing public toilets. In a convent full of nuns, Amadeus tells a dirty joke at the dinner table about sex with cucumbers. Meanwhile, back in London, Nick and Sarah, the now hysterical parents, are advised by Sarah’s mother (played by a criminally wasted Jacqueline Bisset) to treat the whole nightmare with wit and wisdom, although Head Full of Honey has already given up on both. By the time everyone gets to Venice, starving and exhausted and completely out of ideas, little Matilda has jumped from a vaporetto into a polluted canal, Amadeus has lost his mind completely, and it’s possible that you’ll think you’ve also lost yours. 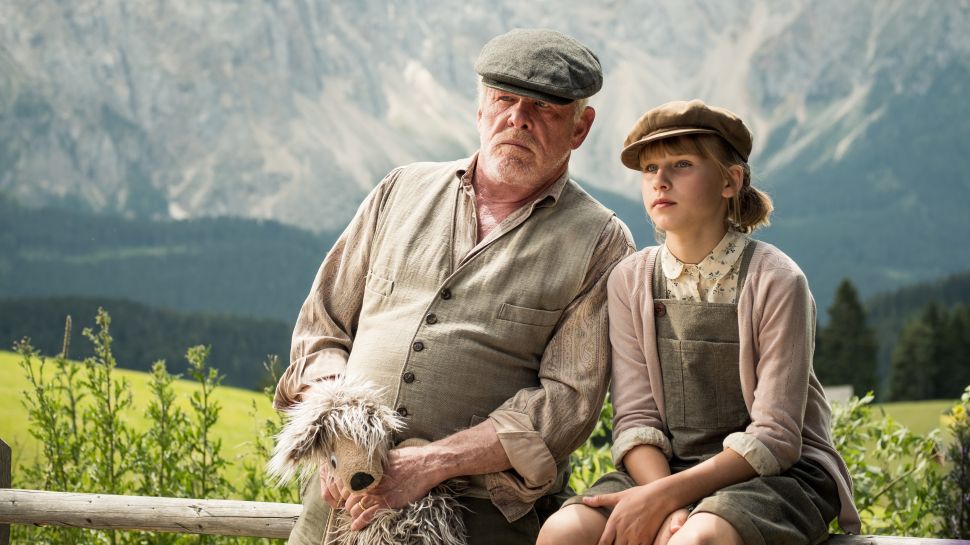