In the ongoing streaming wars, a project’s ability to cut through the clutter has become paramount to its success. With more than 500 scripted series across all TV platforms, audiences just don’t have time for mediocrity.

That’s why Amazon’s Homecoming, based on the podcast of the same name created by Eli Horowitz and Micah Bloomberg, is a winner. Its distinctive visual language and atmosphere are complemented by sterling lead performances from Julia Roberts and breakout Stephan James, who also stars in the upcoming Barry Jenkins film If Beale Street Could Talk. But while they both do plenty of heavy lifting to actualize Horowitz and Bloomberg’s source material, director Sam Esmail, who created the mind-bending Mr. Robot, emerges as the show’s MVP.

There are many ways, both creatively and technically, that Homecoming bucks traditional TV trends. From the visual aspect ratio that minimizes the screen like a vertical iPhone to delineate different time periods to the tendency to let a camera linger on a single moment far longer than the norm, Esmail’s bag of tricks is nearly emptied in Homecoming‘s aesthetically compelling run. His relatively low-stakes and minor choice to let a meditative scene continue to play out in the background of the closing credits of each episode perfectly encapsulates his propensity to go off book. Where normally the names of the cast and crew would appear against the backdrop of a black screen, Homecoming‘s credits play out while seemingly menial actions hum along behind them.

Television has long employed manipulative storytelling devices to keep audiences hooked, especially in the age of streaming—think of the shocking hashtagable moments that needle their way into House of Cards so frequently. It’s a peak-and-valley structure that some filmmakers find unattractive. “I’m not really interested in a series,” director David Mackenzie, who most recently helmed Chris Pine’s Outlaw King for Netflix, said recently. “I’m interested in films. I’m interested in something that engages you in one sitting, as it were, and doesn’t rely on narrative devices to keep audiences coming back. There’s something about TV that I find a little bit garish, because it’s trying to be addictive. So I’m not really tempted to go in that direction.”

But Esmail’s atypical choice for the show’s end credits is less of a gimmick or baiting tactic and more his way of evoking the staying power of the podcast. “We play out whatever happens in the last scene of an episode, and then after that, there’s this real-time snapshot that’s continuing on as the credits go,” he told Vulture. “There’s a lingering effect. That’s what I felt when I listened to the podcast. It’s not this ‘wow’ ending or this cliffhanger, necessarily, it’s really just about this subliminal feeling that’s starting to bubble up to the surface. There’s something more menacing about that.”

Esmail added, “Look, part of me is also playing with the form of this binge-modeling because I knew it would all be dropped on Amazon in one day. Everyone’s inclination is to hit next as soon as the credits start rolling. I didn’t want that for this show. I wanted that feeling that this is going to wash over you, that something’s bubbling and it’s growing, and that’s part of the reason why we did that.”

It’s not as if Homecoming—with its central mystery, eerie tone and slow-burning plot progression—isn’t addictive in other ways. But Esmail’s end-credits approach is a microcosm for how the show differs from your standard fare. It owes more to the paranoid thrillers of the 1970s and late ’90s than it does to today’s bingeable “What comes next?” appetizers. Esmail heightens the foundational skepticism in the script with his inverted camera angles, running visual motifs and cerebral direction, and he does it all in tightly packaged 30-minute episodes. The series looks and feels different—which isn’t easy to achieve in an overstuffed TV landscape.

Watching the credits ream out over a shot of a listless Tampa dock or a dull office may not seem revolutionary, but Esmail’s decision is refreshingly counterintuitive in a way that reflects his entire approach to Homecoming. 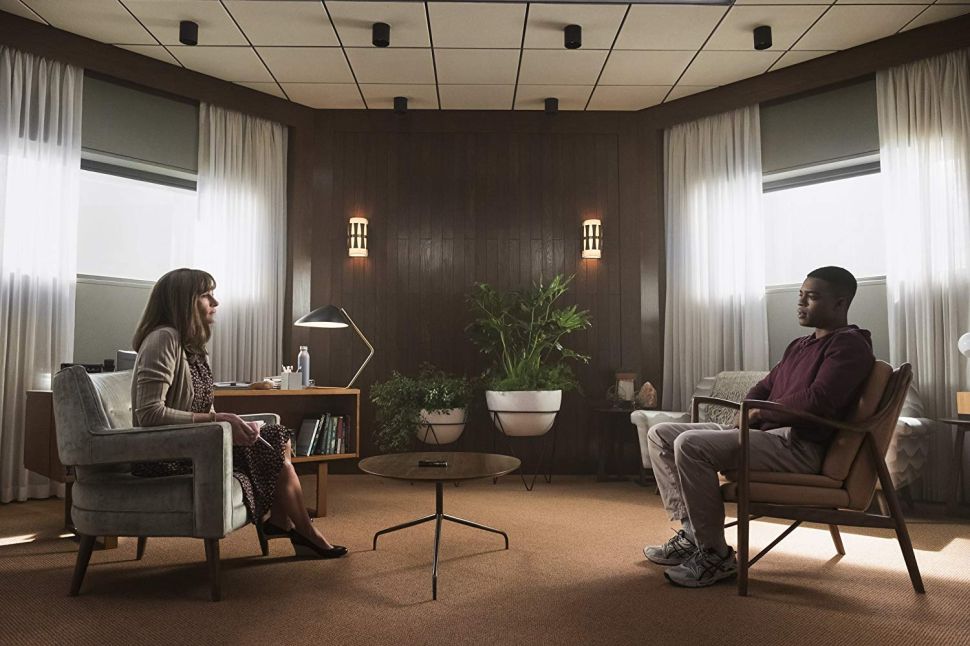