Up until today you had probably never heard of Jeff Fortenberry, the Republican representative for Nebraska’s 1st District. He’s staunchly anti-choice, concerned about the rights of religious minorities in Iraq—if you know what he means—and has voted almost 98 percent of the time in line with President Trump, including voting for funding of a border wall, the No Sanctuary for Criminals Act, and the Trumpcare Act in 2017. And, as we learned this week, he looks really funny with googly eyes.

The vast majority of us probably wouldn’t have paid much attention to any of that, as Fortenberry is set to face Democrat Jessica McClure in a race for his seat next week, were his staff not being giant crying babies about a silly campaign sign.

In a photo originally posted on the site Seeing Nebraska Red in late October, a sign spotted in his district was altered to add big dumb looking eyes, and changed the “o” in his name to an “a.” Jeff Fartenberry, lol. Come on. It’s good clean fun.

Fortenberry did not see the humor in it, however, writing on Twitter just a few days after explosive devices were sent to a dozen Democrats and members of the media that violence was coming from both sides.

“Political violence, including the vandalism we see right here in Lincoln, is a threat to good citizenry and free expression in our republic. It is not funny. It is never acceptable,” he wrote.

The campaign’s annoyance with the alteration didn’t stop there, however. As The Lincoln Journal Star reported, they went so far as to begin threatening and tattling on people who liked the photo on Facebook, including Ari Kohen, an associate professor of political science at the University of Nebraska-Lincoln.

On Friday of last week, as Kohen explained on Twitter today, he received a call from Fartenberry, sorry, Fotenberry’s chief of staff Reyn Archer. During the call, which lasted almost an hour, Archer implied that he could make things very difficult for Kohen by leveraging the right-wing outrage machine, which can reliably be whipped into a fury whenever a professor steps out of line. It’s Republican baby bingo at work: playing the victim, asking to speak to the manager and threatening—all at once.

“Because I liked a silly photo on Facebook, Archer—who is politically powerful and very well-connected—contacted my employer and then threatened to use his office to make public that I like vandalism, which is clearly untrue,” Kohen wrote.

Kohen posted a portion of the conversation to YouTube.

“The implication was that he would work to create a right-wing troll storm, using his platform and his connections within right-wing media outlets,” Kohen wrote on Twitter. “In the past, such efforts have directly resulted in weeks of threatening letters, voicemails, and email messages to faculty members who found themselves publicly called out in this way (including several of my colleagues at UNL). These have included death threats.”

As the Journal Star reported, Archer had previously contacted the university attempting to get the administration to comment on one of their employees’ endorsement of vandalism or “worse violence,” as he wrote in an email.

“The question is what the position of the department and university is regarding vandalism or worse violence, which we have seen in this political season,” Archer wrote.

Archer also maintained that such actions on social media—again, liking a silly post—were illegal, which is obviously not the case.

Whether or not the controversy will have any effect on the election remains to be seen. FiveThirtyEight has Fortenberry leading at 55 percent at the moment, but by making a big deal out of such a minor goof, the campaign has fallen victim to one of the most crucial and binding rules online known as the Streisand Effect. In short, the phenomenon states that when you get owned, you don’t make a big deal about it or lash out, because then, you’re putting it in front of a much larger audience than simply those who would normally have been aware of it.

As Megan Hunt, a candidate running for the Nebraska Legislature in Omaha’s District 8 pointed out, if this is the type of bullying that sets Fortenberry over the edge, he’s been exceptionally lucky.

“Fortenberry could learn something from women and people of color running down ballot about handling ‘political bullying’ and (gasp) ‘disrespect,'” she wrote. “To be a great leader, @JeffFortenberry, have the courage to take some heat. It comes with the job.” 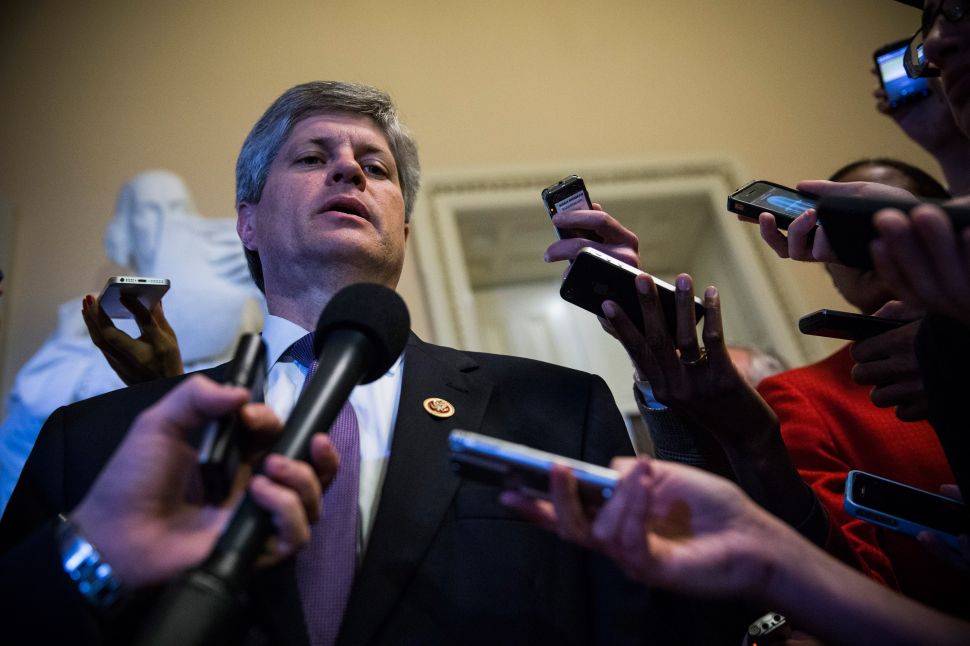