Prince William and Kate Middleton have only appeared at a handful of events together since the Duchess of Cambridge returned to royal duties from maternity leave, but they’re making up for it this week. The couple had a true fancy date night at the Tusk Conservation Awards Thursday evening, marking Middleton’s first time attending the event since 2013.

Prince William was named the royal patron of Tusk conservation organizations in 2005, and he recently traveled to Namibia, Tanzania and Kenya for his work with Tusk and United for Wildlife. The Tusk Awards honor individual environmental and conservation efforts across Africa, and celebrate the dedication and contributions of those who strive to protect endangered wildlife there.

Prince William presented the three winners, Vincent Opyene, Julius Obwona and Pete Morkel, with their awards and also gave a speech. “Whether we are living in an urban or rural environment, nature matters to us all,” he told the crowd. “We have a responsibility and an obligation to the next generation to drastically reduce the extent to which we plunder the planet’s natural resources.” The future King of England’s speech is also in line with the environmentally focused sentiments his father, Prince Charles, has been espousing.

But Kate Middleton may have stolen the show, because The Kate Effect is a never-ending phenomena. The Duchess of Cambridge donned a teal Jenny Packham gown for the black-tie gala, and dutiful royal watchers immediately recognized the floor-length dress, with its lace cap sleeves and sparkly details, from the first time Middleton wore it six years ago at an Olympics concert at Royal Albert Hall. Yes, despite having three children in the six years since, Middleton is still able to wear every item in her pre-mom wardrobe and look absolutely perfect. (We wish we could say the same about Prince William’s hair.)

It was fitting that Middleton chose to recycle a dress for an event focused on conservation efforts. But also, when you spend more than $5,000 on a single item, it’s nice to be able to wear it more than once. Middleton is known for repeating her outfits, and she’s sported a few recognizable dresses since she returned from maternity leave, including a navy Jenny Packham sheath dress she first wore on the Canadian royal tour in 2016, as well as a lilac Emilia Wickstead frock she debuted in Berlin last year.

This is just the first of four engagements the Duke and Duchess of Cambridge are attending this week. Next up: a double date at Royal Albert Hall with Prince Harry and Meghan Markle on Saturday, the annual Remembrance Day Service at the Cenotaph on Sunday and a service at Westminster Abbey Sunday evening. 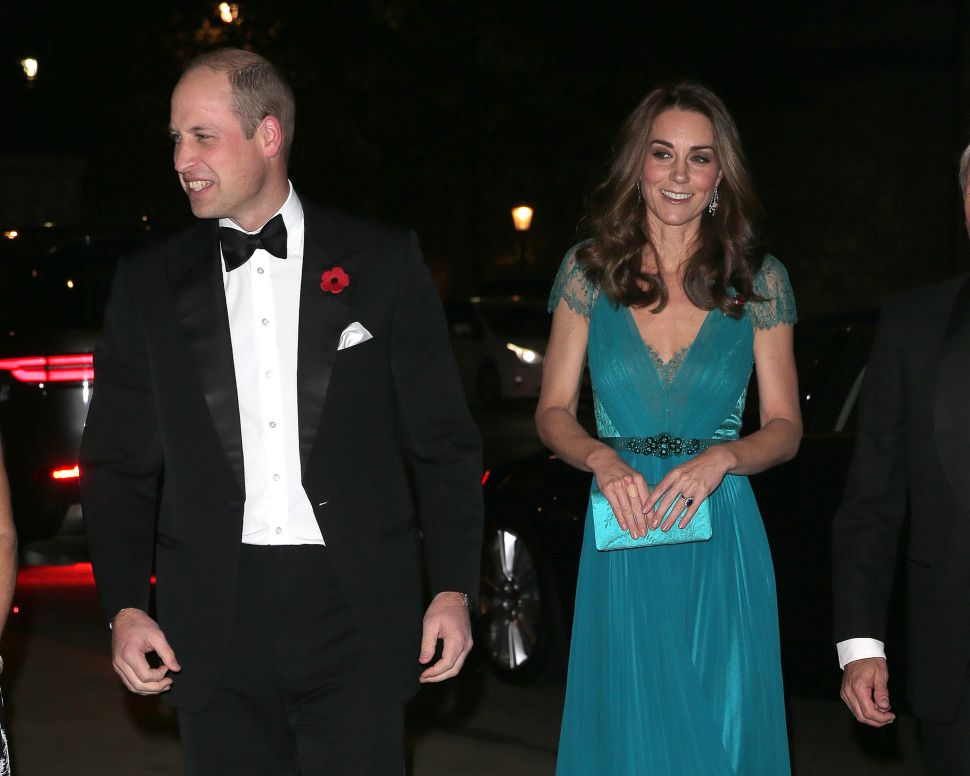