Kellyanne and George Conway remain one of the Trump era’s most fascinating power couples.

As Kellyanne advises the president—spinning “alternative facts” in the process—George has waged his own crusade against the White House. This week, he joined a group of thirteen other conservative attorneys committed to preserving constitutional principles it believes are under siege by the president. Dubbed “Checks and Balances,” the coalition aims to keep the criminal justice independent, while serving as a check against partisan politics.

In an interview with Yahoo News on Friday, George cited a September Trump tweet where the president criticized ousted Attorney General Jeff Sessions for bringing indictments against GOP lawmakers “just ahead of the mid-terms.”

Two long running, Obama era, investigations of two very popular Republican Congressmen were brought to a well publicized charge, just ahead of the Mid-Terms, by the Jeff Sessions Justice Department. Two easy wins now in doubt because there is not enough time. Good job Jeff……

“I was appalled,” the attorney told the publication. “We’re talking about someone who has sworn an oath to uphold the constitutional laws of the United States, and to criticize the attorney general for permitting justice to be done without regard to political party is very disturbing.”

“I’m watching this thing and, it’s like the administration is like a shitshow in a dumpster fire,” said the attorney, citing his concern over the appointment of a special prosecutor. “And I’m like, ‘I don’t want to do that. I don’t know.’” 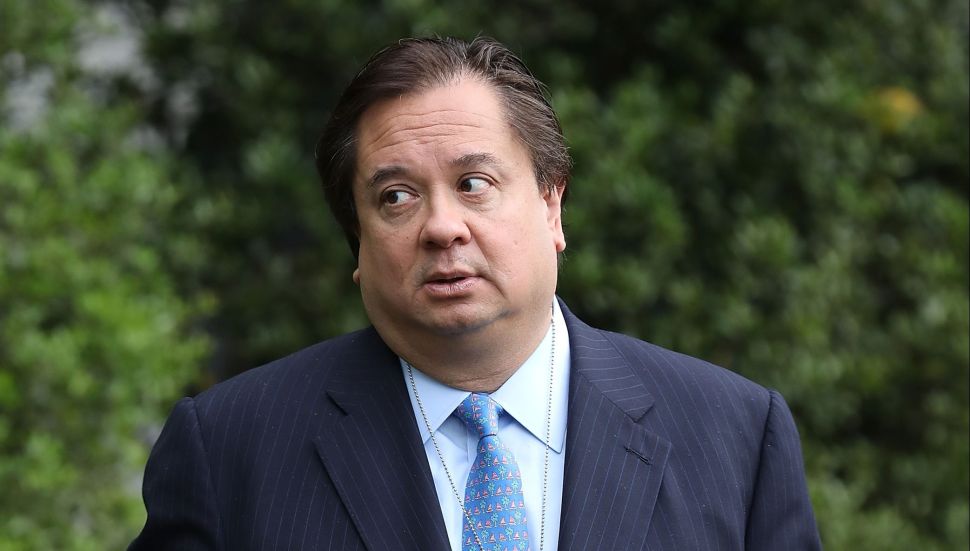