Wearing all-black with a gold star emblazoned on her jacket—a reference to the uniforms Jewish prisoners wore in concentration camps during the Holocaust—Loomer bemoaned losing her blue verification checkmark and getting kicked off the social media platform.

“Here I am,” boomed the conservative into a megaphone. “I am physically handcuffed to the door of Twitter.”

When asked why she didn’t handcuff herself to both doors, Loomer told a reporter from Splinter that she did not want to pose a fire hazard.

i asked why she didn’t handcuff herself to both doors lol. Loomer says it’s a fire hazard. cops moving in and out freely pic.twitter.com/PmpdWZ2UKz

“They want to silence me,” said the right-winger. “First they came for Chuck Johnson. Then, they came for Milo Yiannopoulos… I am willing to go to jail like Tommy Robinson went to jail.”

Holding a cardboard cutout of a tweet from Louis Farrakhan, in which the Nation of Islam leader said, “I’m not anti-Semite, I’m anti-termite,” Loomer said Twitter should not have banned her over remarks in which she accused newly elected Congresswoman Ilhan Omar (D-Minn.) of being “anti-Jewish,” among other things.

Shortly after Loomer handcuffed herself to the building, police arrived and barricaded off the spectacle.

“Can you please remove the handcuffs?” one officer asked.

“Sharia law is completely incompatible with our constitution!” yelled the conservative activist. 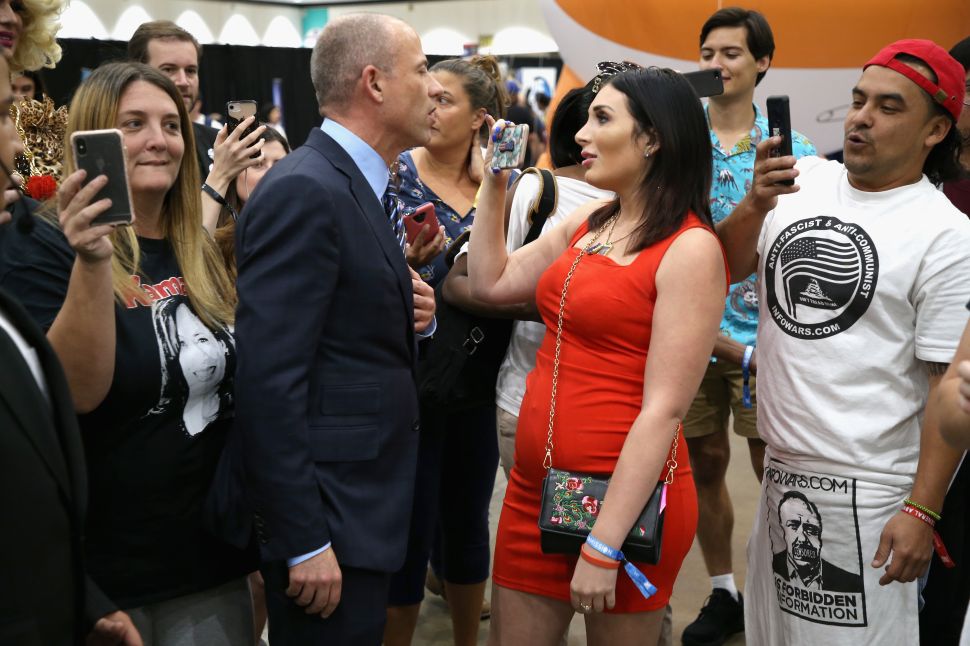