French conceptual artist Laure Prouvost made a strange remark at an event last Friday that startled onlookers so much, it landed her on Page Six.

While accepting a NexGen award at a New Museum dinner held in her honor and organized by the fashion house of Alexander McQueen, Prouvost told her audience that when her grandmother was alive, she would tie herself to an airplane and float through clouds while completely naked.

Prouvost went on to add that the plane was flown by her grandfather. This apparently elicited concerned reactions from a crowd that included tennis star Maria Sharapova, actor Rupert Friend and Paralympic athlete Aimee Mullins.

According to the New York Post, the museum’s artistic director, Massimiliano Gioni, quickly assured attendees that Prouvost was simply “blurring fiction and reality” and that there was no cause for alarm.

Now, Victoria Mitchell, the senior media and communications manager of the Lisson Gallery in London, which represents Prouvost, has corroborated this explanation.

“Laure’s grandmother and grandfather are more her conceptual grandparents,” Mitchell told Observer via email Thursday morning. “So this story that she’s recalling will be part real, part imagined. Her work is very much about exploring the boundary between fiction and reality. It’s fair to say, though, that Laure should never really be taken literally!”

Prouvost is a rising star in the art world, which is certainly accustomed to outlandish stunts and attention-grabbing controversy. Much of her work revolves around playful provocation, incorporating video installations, sculpture and other inventive forms of mixed media to combine the real with the imaginary, but she has a tendency to make this distinction difficult to detect.

“I once showed a tea bag in an exhibition on a heater,” Prouvost told The New York Times earlier this year. “It was the domestic entering a public space. People would tell someone working at the gallery, ‘Oh, someone’s left their tea bag on the heater.’ It was a subtle work—it took time for people to notice it, and at the same time, they were like, Why is this there?”

Sure, that makes sense. But we’re still wondering if Prouvost’s conceptual grandparents send her Christmas cards every year. 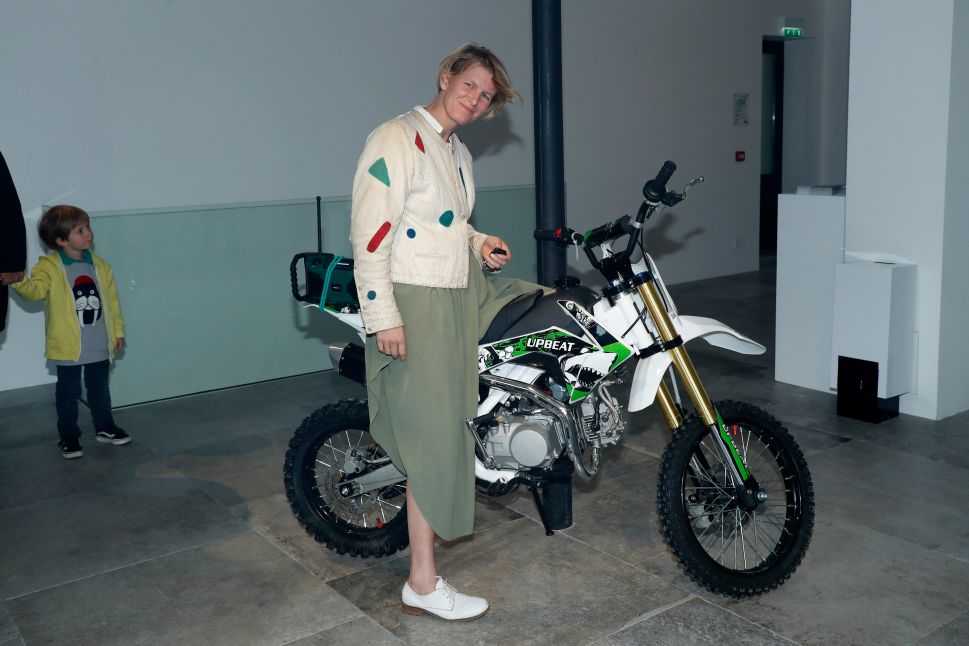